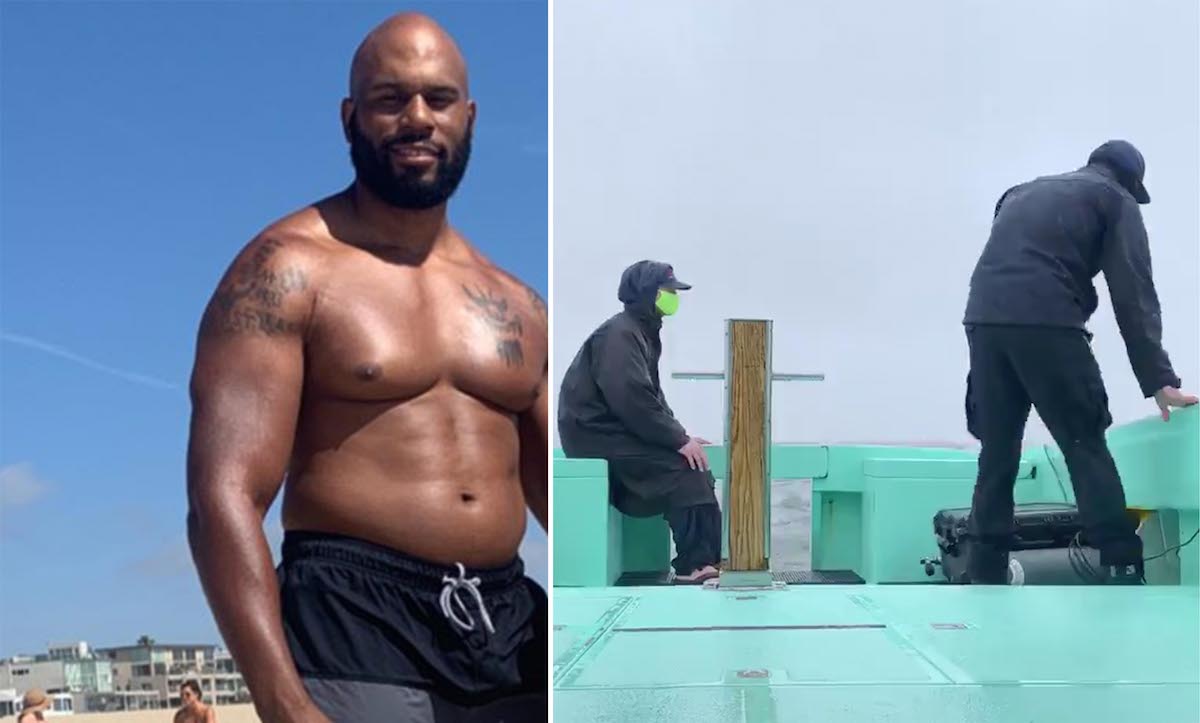 A missing swimmer who lifeguards continue to search for is reportedly a former WWE wrestling star.

According to the Los Angeles County Fire Department Lifeguards Division, around 3:41 p.m. on Sunday, May 17 lifeguards began a search for two swimmers who had got caught in a rip current and had gone missing near 4200 Ocean Front Walk, south of the Venice Beach Pier.

Lifeguards were able to locate a 10-year-old boy who was evaluated and did not require transport to the hospital, according to the Los Angeles Fire Department (LAFD).

ABC 7, among other media outlets, have reported that the boy’s father and missing swimmer is former WWE wrestling star Shad Gaspard

Siliana Gaspard, Shad’s wife, posted on Instagram that her husband has been missing since Sunday. On Monday, she posted two photos of Shad next to a child, writing he was last seen at Marina Del Rey beach, which is where the search is taking place.

At 7:30 p.m. Sunday subsurface searches were suspended for the evening. Officials resumed dive and sonar search operations at 7 a.m. Monday. As of 11:30 p.m. Monday, the missing swimmer has not been found.

A Westside city is adding more miles of protected bike lanes. Learn more in this video made possible by Santa...

After months of negotiations, the City and County of LA reached a $300 million deal to house thousands of homeless...

Learn the most important ingredients to create this classic dessert in this video with Sinners and Saints, brought to you...