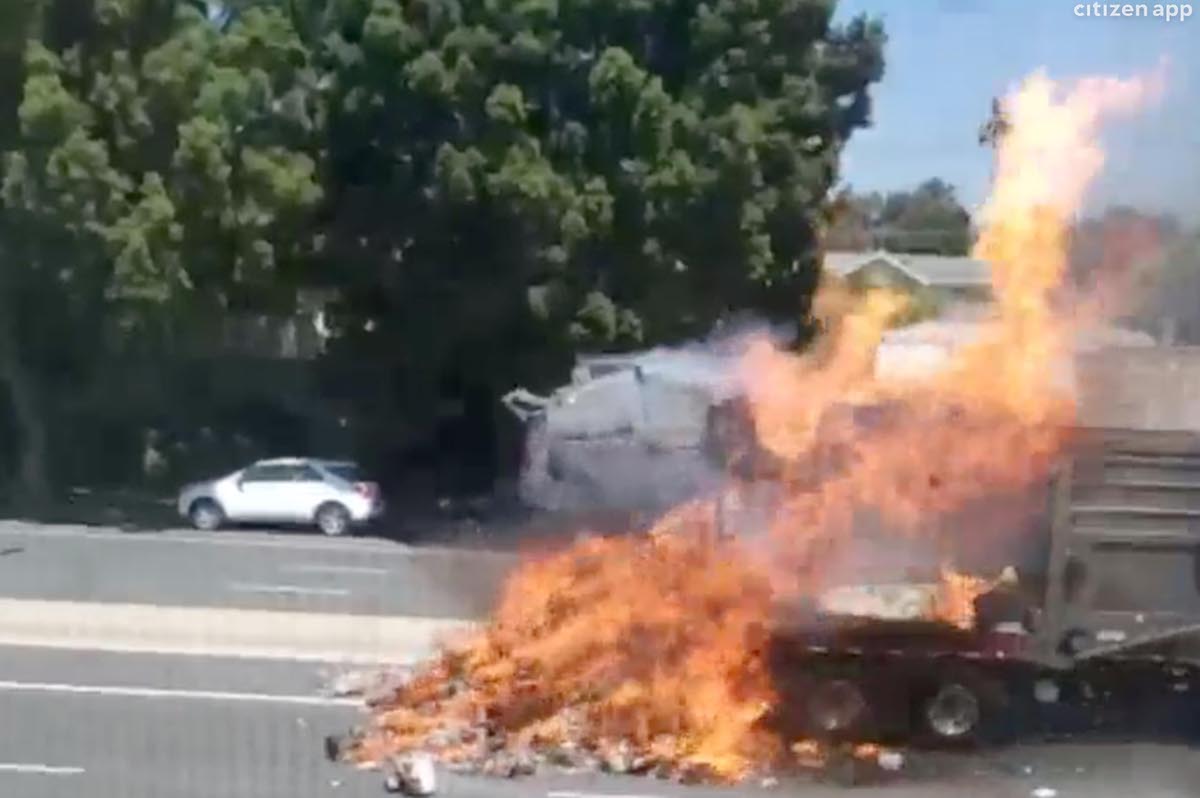 Garbage truck goes up in flames on Venice Boulevard

According to the Los Angeles Fire Department (LAFD), the incident was reported at 11:14 a.m. on Venice Boulevard near Walnut Avenue on Friday, May 1.

Station 63 firefighters arrived to find a garbage truck on fire. An LAFD spokesperson was unsure how the fire started. As of 11:40 a.m. LAFD crews were still seen putting the fire out. According to the LAFD, by 1:15 p.m. the fire was out.

By Sam Catanzaro May 1, 2020
in News
Related Posts