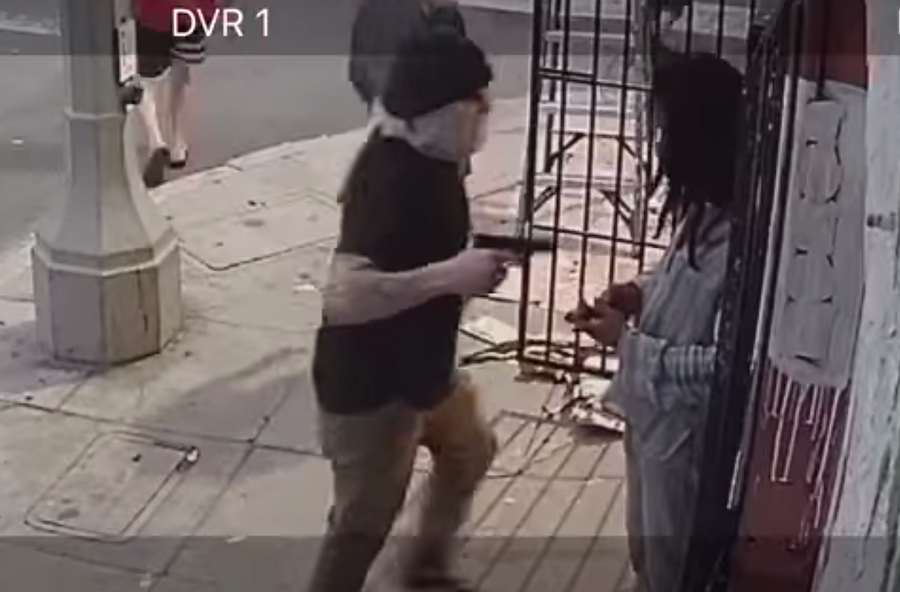 Man pulls on on employee of Venice’s Trading Post Liquor Mart, steals nothing

A man pulled a gun on a Venice liquor store employee Sunday evening in a bizarre chain of events.

According to Mark, an employee at Trading Post Liquor Mart, located at 1313 Main Street in Venice, around 7:45 p.m. Sunday a young man masked with a bandana approached another employee as asked him “Do you cut boxes?”

Mark, who was watching the incident from the street, says the man asked the employee the question again before handing the employee a knife. Then the suspect pulled a gun on the employee before proceeding to walk away without stealing anything.

Mark, who described the incident as “surreal” says he followed the suspect, who did not look back at all and kept walking.

“He didn’t look right,” Mark said. “His eyes were glazed over.”

Mark added that the suspect was calm the entire time and didn’t yell or curse.

The Los Angeles Police Department confirmed this incident, saying they responded to an assault with a deadly weapon at 7:47 p.m. to the location but no arrest was made.