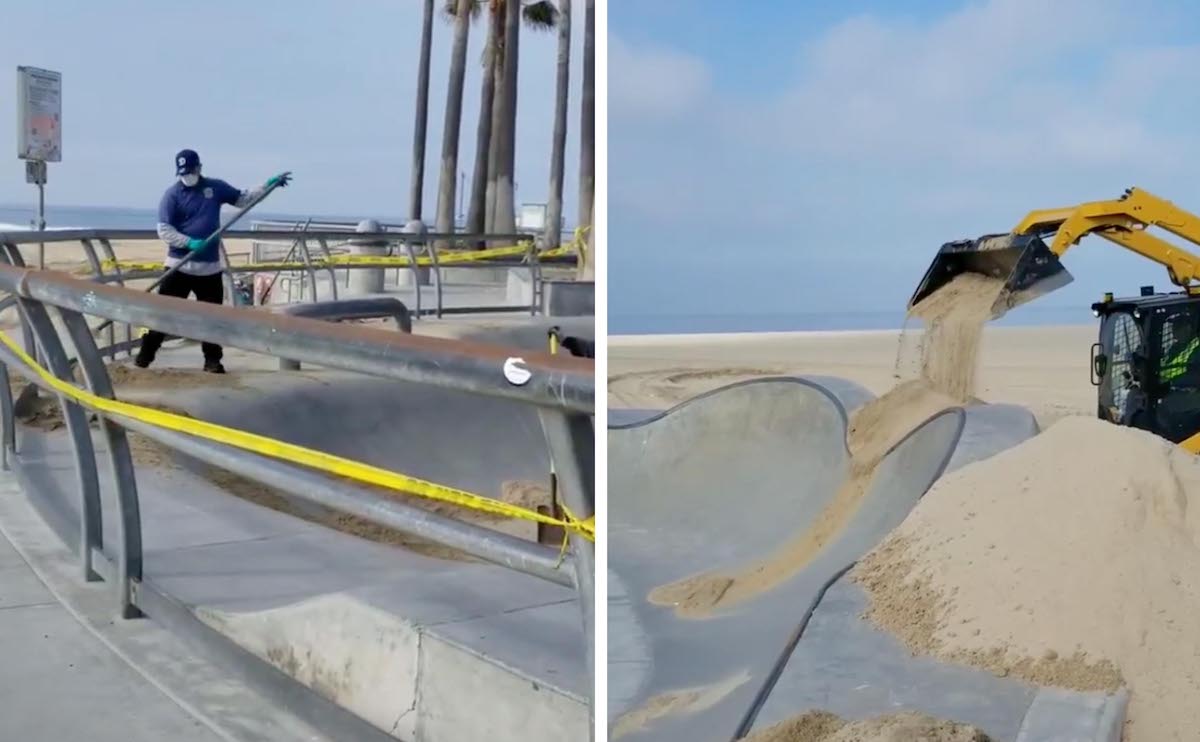 Parks and Rec. putting a halt to skating

City officials are filling the Venice Beach Skate Park with sand to prevent people from skating during stay at home orders.

According to Los Angeles City Councilmember Mike Bonin, the action was recommended by the Los Angeles Department of Recreation and Parks (LA Parks).

Lance LeMond an employee at LA Parks says that the decision was promoted by skaters violating stay at home orders which had closed the Venice Beach Skate Park.