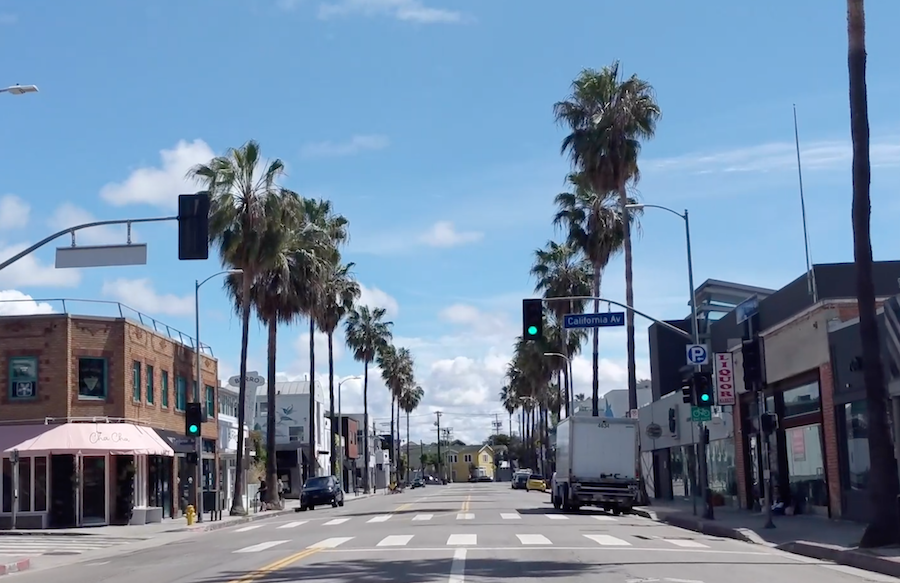 According to Bonin, the idea is a response to requests from residents. In a letter to LADOT general manager Seleta Reynolds, Bonin asks her to make recommendations to temporarily repurpose space on some city streets.

“During the past month, we have all experienced the ways in which our neighborhood infrastructure does not support new patterns of local essential travel, and does not provide sufficient space for local recreation,” Bonin wrote to Reynolds. “Our sidewalks are too narrow, our streets continue to be unsafe for biking, and some motorists are taking advantage of congestion-free streets to speed recklessly even as more people are moving around on foot and bike.”

According to Bonin, the issue is particularly acute for renters and people living in multi-family buildings without a yard, saying the greatest number of requests have come from apartment-rich neighborhoods, such as Del Rey and West LA.

“The idea behind Councilmember Bonin’s letter today is to give people more space to enjoy their neighborhoods during the Safer at Home order. We are seeing families walking into the street to avoid passing people on narrow sidewalks, so by closing some roads to through traffic, we are hoping to give people more room to safely comply with social distance requirements,” Bonin’s office told Yo! Venice when asked if the councilmember worried such action may hinder efforts to slow the spread of COVID-19 by potentially clustering the number of people on streets that have repurposed.

According to Bonin, there is not a list of streets yet, saying that the office would work with neighborhood leaders and city departments to see how many streets could be temporarily closed and which streets make the most sense.

Among these local stakeholders is the Del Rey Neighborhood Council, who has formally requested a “temporary emergency safe streets network” to support essential travel.

“The Del Rey Neighborhood Council is proud to be the first NC to resume meeting during the COVID-19 crisis. At our April 9th meeting, we passed a motion calling for the City to open streets to pedestrians, bikers, joggers, and families,” said Del Rey Neighborhood Council President Matt Wersinger. “While each street must be carefully chosen and with the community’s support, we believe that with fewer cars on our roads and more people on our narrow sidewalks, Los Angeles should embrace what is working well in many other cities and give more safe space to those who are walking in our neighborhoods.”