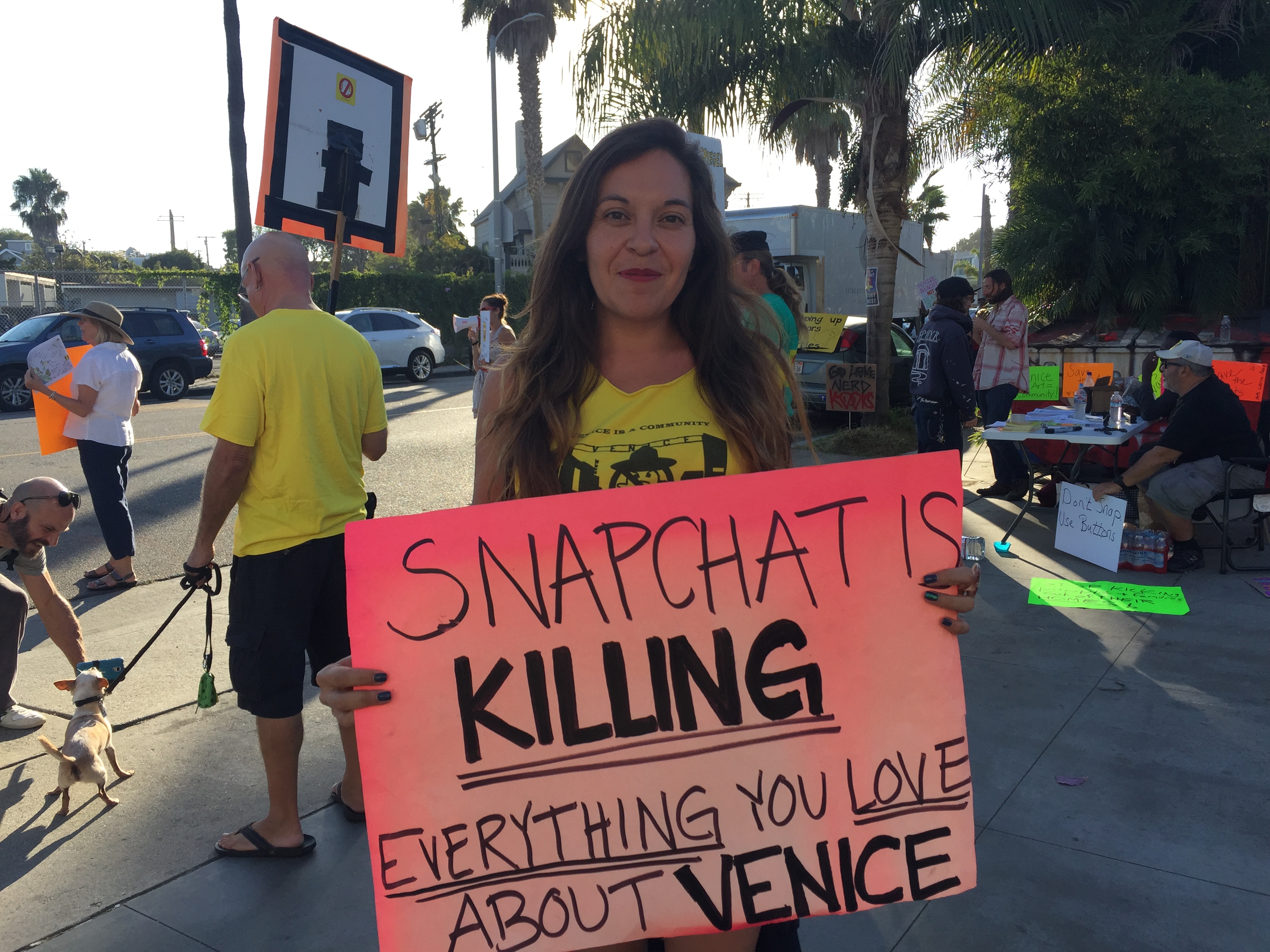 Tech-giant moves to Santa Monica after years of pushback from Venice residents.

Snap Inc., the $20 billion company behind Snapchat, is currently subleasing out most of their Venice office space as the social media company transitions operations to neighboring Santa Monica.

“While we are looking forward to bringing teams closer together in Santa Monica, Venice is a magical place and we’re so grateful to have started and grown our company here,” Snap said in a public statement.

The tech giant, founded in Venice, has put up 163,000 square feet of property in 14 locations up for lease.  Two of the largest buildings available are 619 and 701 Ocean Front Walk; adjacent properties totaling 44,887 square feet.

The company will keep their headquarters at 63 Market Street, where executives like CEO Evan Spiegel will remain for the time being. According to Snap, however, the company plans to move all Southern California operations to Santa Monica within the year.

Snap Inc. was founded 2011 by Spiegel and Bobby Murphy, while they were undergraduates at Stanford University. When Snapchat, the disappearing messaging app was launched, the company had less than 30 employees. Today there are over 3,000 employees in offices throughout the United States, Europe, Asia, and Australia.

As Snap grew, they remained headquartered in Venice. Instead of consolidating into a large central campus, they leased dozens of individual offices throughout Venice to accommodate their growing staff. According to Snap, however, this posed a problem for the company and their employees.

“This diffuse structure may prevent us from fostering positive employee morale and encouraging social interaction among our employees,” Snap wrote in their Form S-1 filed with the U.S. Securities and Exchange Commission before the company went public in 2017. “If we cannot compensate for these and other issues caused by this geographically dispersed office structure, we may lose employees, which could seriously harm our business.”

According to Michael Springer, a commercial realtor in Venice for Halton Pardee, Snap had grown past the point where they could operate out of small offices they were leasing throughout Venice.

“They sustained it as good as they could of,” Springer said. “They are a well-functioning company, but once they leased a huge space on Ocean Park it made sense to connect everything.”

Another factor behind Snap’s move is the pushback the company received from the Venice community as they expanded. In a public statement released last year after a series of local protests, the company said “we are sorry for any strain that our growth has placed on those who live and work here,” adding “we are no longer the small startup that we once were and we are necessarily concentrating our future growth outside of Venice.”

Venice Dogz is an activist group who has been at the forefront of the local pushback against Snap, organizing numerous protests against the company. Jim Robb, a member of the group, is happy that Snap is moving, but says that Venice Dogz will continue to protest until the company is completely gone from Venice.

“We are delighted to hear that Snapchat is departing from Venice and we hope that they continue to move out of their remaining locations,” Robb said. “Using Venice as their own corporate campus has caused substantial damage by pushing out many beloved small businesses and residents.”

Mark Ryavec, president of the Venice Stakeholders Association, thinks that while Snap has had a positive economic impact in Venice, their failure to work with the community ultimately hurt the company’s image.

“While Snap’s relations with the Venice community were not well handled I think that they had a positive impact economically. If they had shown more sensitivity to their neighbors I doubt they would have occasioned such a negative reaction,” Ryavec said.

One Venice stakeholder who had a negative experience with Snap is Lauri Burns, founder and executive director of The Teen Project, a Los Angeles based non-profit that provides counseling and support for girls when they age out of foster care at 18. In 2011 The Teen Project moved into a building on Market Street, put in more than $50,000 to renovate the space, and had what Burns describes as “a beautiful center.”

In 2016, while on vacation in Arizona, Burns got a call from her landlord saying that another company had offered him more money for the property and that The Teen Project had a month to move out.

“I was panicked,” Burns said. “We needed to find another place or the kids were going to go homeless again.”

At the time, Burns did not know who the company was, but upon returning learned that it was Snap Inc. Soon after Burns found a new space on Windward and Pacific, Snap reached out to The Teen Project saying that they wanted to help out. Burns said that she was excited and hopeful about this since Snap was a multi-billion dollar company; but after meeting with a representative from the company, her hopes dwindled.

“He said ‘I saw one of your kids cleaning the street with that broom and unfortunately we can’t afford anything big right now but I was thinking we could buy her a new broom because the one she was using was kind of messed up’,” Burns said. “I was quite taken aback.”

Another small business pushed out by Snap was Turning Point Pilates, whose previous studio on Abbot Kinney and Venice Boulevard was taken over by the tech-giant in 2015. Without giving a reason why, their landlord told Turning Point that they had to find a new location.

“It was much later I found out it was Snap as it became apparent Snap was scooping up tons of Venice real estate and I learned other business owners found themselves in the same predicament,” said Robin Solo, owner and founder of Turning Point Pilates. “I was a basket case for six-plus months trying to find a new studio home.”

Solo was able to find a new location in Marina del Rey, and while she calls it her “favorite studio to date,” her experience with Snap remains a reminder of the struggle small business owners face in Venice.

Snap’s departure from Venice is seen by some, however, as an opportunity for small businesses to open or return to Venice. The 14 recently renovated offices now up for lease throughout the area are seen by Christopher Springer of Hilton Pardee as a great incubating ground for startups.

“There are a ton of improvements that went into the Snap buildings,” Springer said. “For a startup or entertainment producer that wants one of the buildings, I think it’s a great opportunity.”