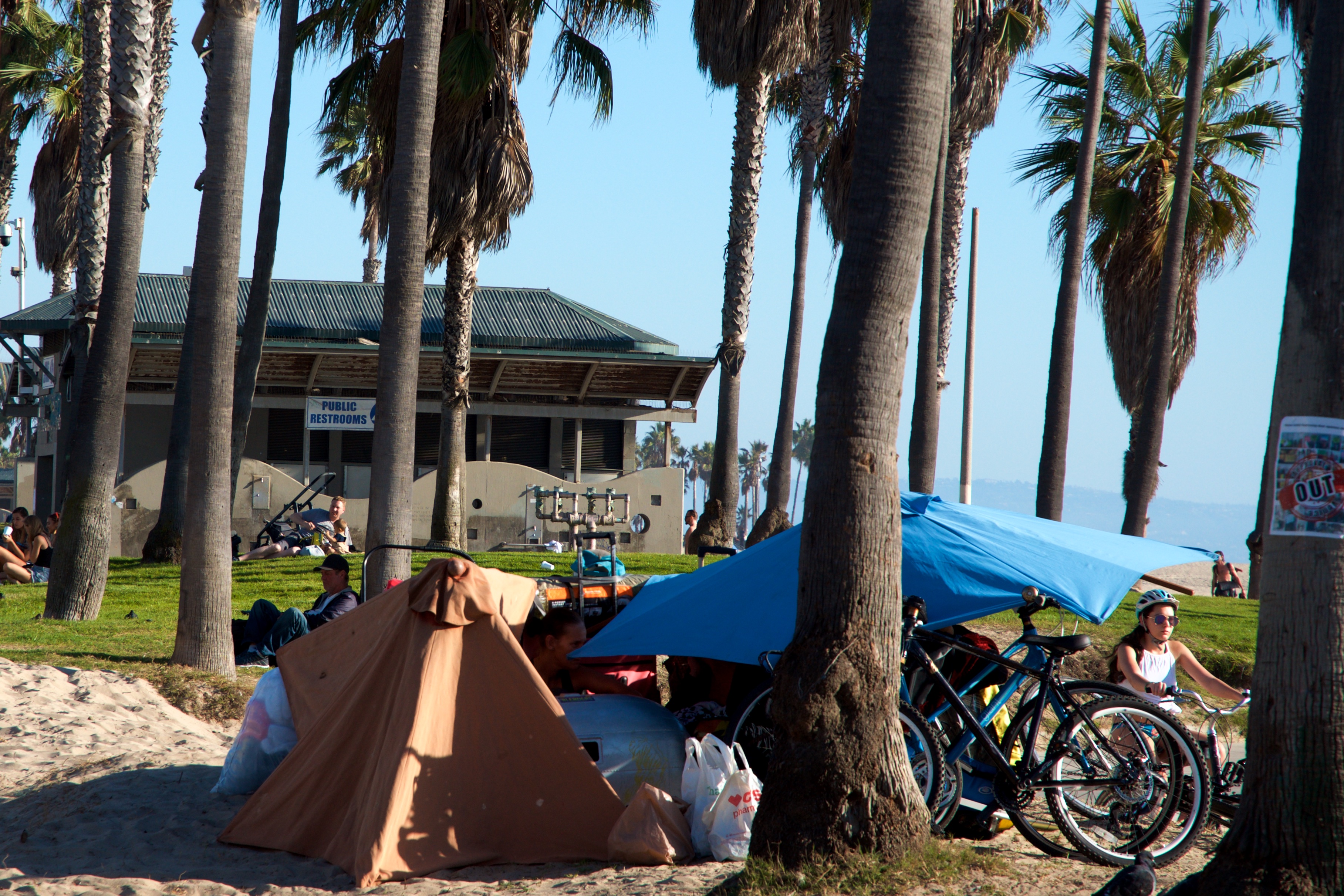 In nearly every corner of Los Angeles, there are homeless encampments — collections of flimsy tents, usually within mere feet of a school, a park, a business, or someone’s home. Their presence invariably sparks a neighborhood debate, with loud voices proclaiming that “those people” are there by choice.

It’s not politically correct to admit it, but it’s true: most people in Los Angeles are homeless by choice. Our choice, not theirs.

Many major cities have a large homeless population, but only in Los Angeles does such a large percentage sleep without any sort of roof, seeking refuge on cold, hard pavement. That may not be by design, but it’s also not accidental, or unforeseeable.

In 2006, a federal court told the City of Los Angeles it was “cruel and unusual punishment” to forbid people from sleeping on sidewalks unless the City offered sufficient housing and shelter as an alternative. For a decade, rather than provide housing or shelter, the City effectively said, “let them eat asphalt,” and encampments proliferated nearly everywhere. By refusing to choose shelter, we chose sidewalks.

In the past two years, elected officials and the electorate said “enough.” We developed a comprehensive homelessness strategy, approved new dedicated funding, and started housing people at an impressive, record clip. Yet homelessness increased and encampments proliferated.

Part of the reason is that public officials, foundations, and service providers are making the perfect the enemy of the good. We are so determined to build permanent supportive housing — which is expensive and can take years to bring online — that we fail to address the here and now. We desperately need thousands of units of permanent supportive housing (and I have proposed hundreds of units in my district), but that doesn’t help the people sleeping in a tent tonight.

Call it crisis housing, bridge housing, or interim housing. Call it shelter, if you want. We need places where people can sleep next week, next month, and even next year until enough housing is available. Not bare-bones, one-size-fits-all shelters that feel like prisons, and become permanent warehouses for people. We need specialized, welcoming centers or shared housing for couples, for families with children, for teenage runaways, for veterans, and others. Low-barrier, round-the-clock accommodations that are genuinely a first-step to permanent housing.

Our bureaucracies and our institutions have a hard time with that. They know how to approve development. They are accustomed to the slow, complex financing systems, and the arcane rules. They are not used to urgency. They operate at a traditional speed when we sorely need an emergency response. It has been two years since the City Council adopted a comprehensive homelessness strategy calling for an increase in and transformation of shelter — and the Los Angeles Homeless Services Authority still has no strategy to get thousands of people off the street anytime soon. Bureaucratic inertia is at least as a big a hurdle as neighborhood opposition to specific projects.

During recent fires, officials announced the location of emergency shelters within hours of deploying first responders to burning homes. Victims of natural disasters are not left to sleep on our streets, but refugees from economic hardship, gentrification, a housing shortage, domestic violence, sexual abuse, addiction and mental illness are left to fend for themselves in the elements. That is unacceptable and intolerable.

We must insist on a range of immediate options for housing and shelter — even if it means using every available city facility, and every church or temple in Los Angeles. If we don’t, encampments will proliferate, and men, women and children will continue to live on our streets by choice — our choice.
________________________________

Mike Bonin represents the Westside on the Los Angeles City Council and sits on the Council’s Homelessness and Poverty Committee. He and his colleague Marqueece Harris-Dawson have submitted legislation calling on LAHSA to develop an immediate plan to shelter people living in sidewalk encampments.