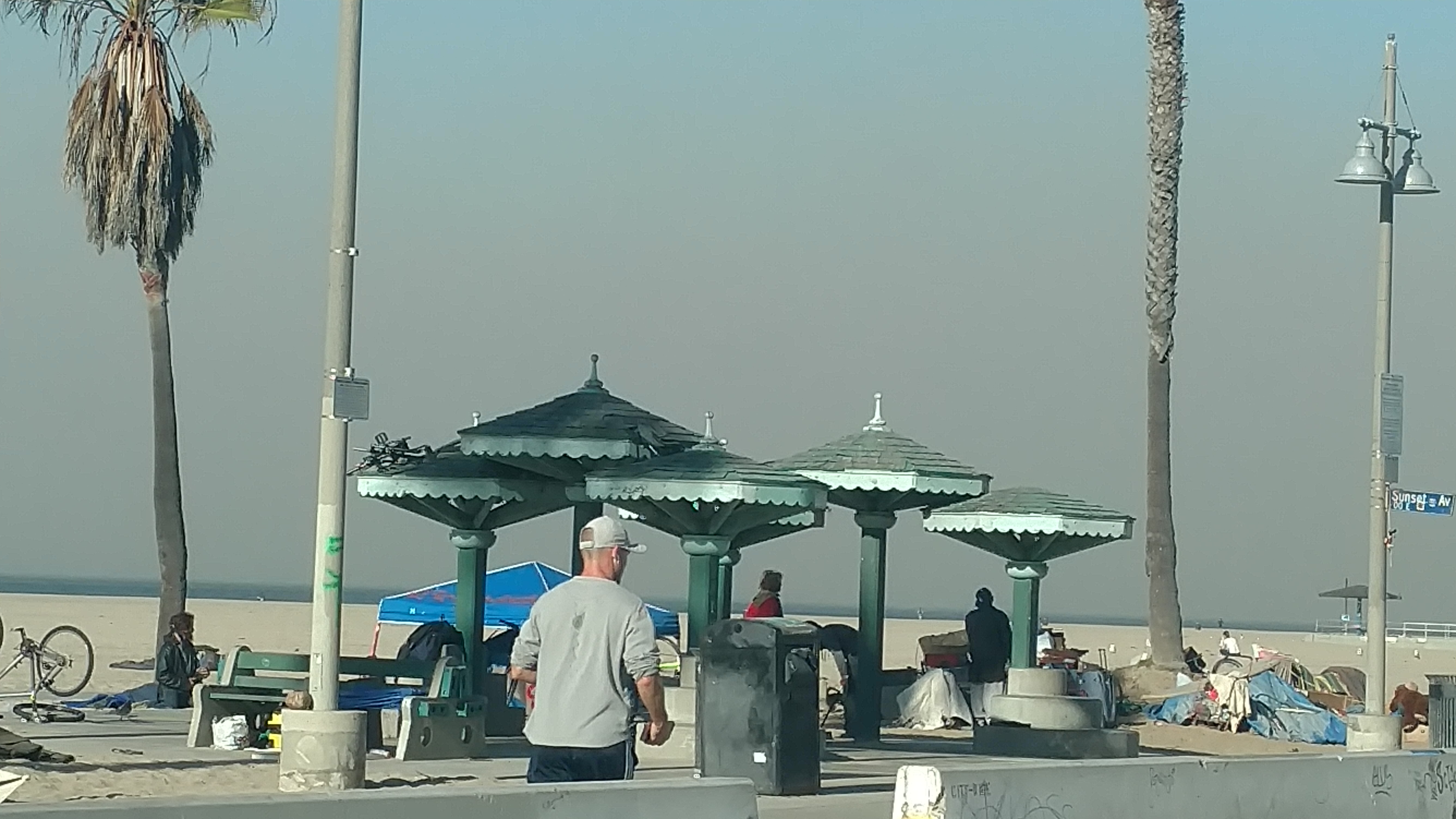 Two wind-fueled wildfires made for a smokey morning on Venice Beach.

Ehron Sidel lives on Sunset Avenue he told Yo! Venice, “I woke up this morning and thought someone was having a campfire on the beach.”

In Ventura County, the Thomas Fire fire has destroyed homes and forced the evacuation of 27,000 people.  Authorities say the fire has claimed one life, charred 10,000 acres
and has destroyed multiple structures. The Los Angeles Fire Department has also sent multiple resources to assist with the fire, says a department official.

An early-morning, second-alarm brush fire that broke out in the Kagel Canyon area above Sylmar, December 5 has charred more than 1,000 acres and is threatening homes, prompting evacuations.

In Los Angeles, both the Getty Center and Getty Villa Pacific Palisades chose to close to the public today “to protect the collections from smoke from fires in the region,” according to Getty officials.