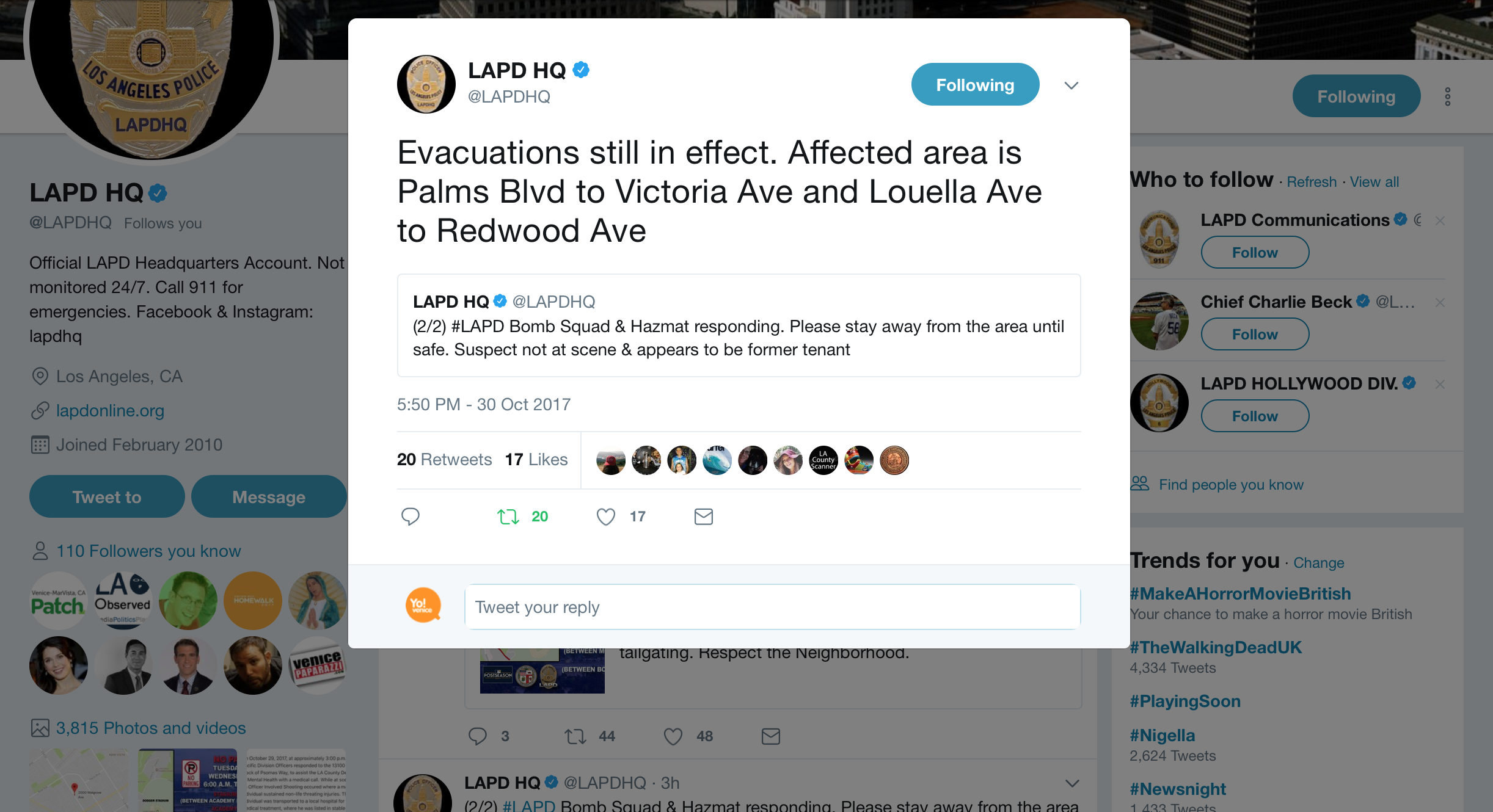 The bomb squad arrived in Venice this afternoon and discovered suspicious containers at a property on Walgrove Avenue after someone tampered with a gas line, causing an evacuation of homes and launching a hazardous materials investigation authorities said.

Firefighters responded about 1:35 p.m. to a report of a natural gas leak in the area and found the containers at 2013 S. Walgrove Ave., according to Margaret Stewart of the Los Angeles Fire Department.

Neighbor Claire Touzé Shawaf told Yo! Venice there was a “crazy situation in Venice” around Palms Boulevard and Victoria Avenue, with “fire trucks, a yellow strip barrier, and helicopter.”

Steven Russo caught a picture of the helicopter buzzing overhead.

According to the Los Angeles Police Department, a suspect, believed to be a former tenant at the property, had tampered with a gas line. That person was not in custody, police said. The bomb squad and Southern California Gas Co. arrived at the scene, but details about what was in the containers have so far not been made available.

Police evacuated surrounding homes as a precaution and closed Walgrove to traffic between Palms Boulevard and Victoria Avenue “to mitigate the potential safety hazard only,” Steward said.