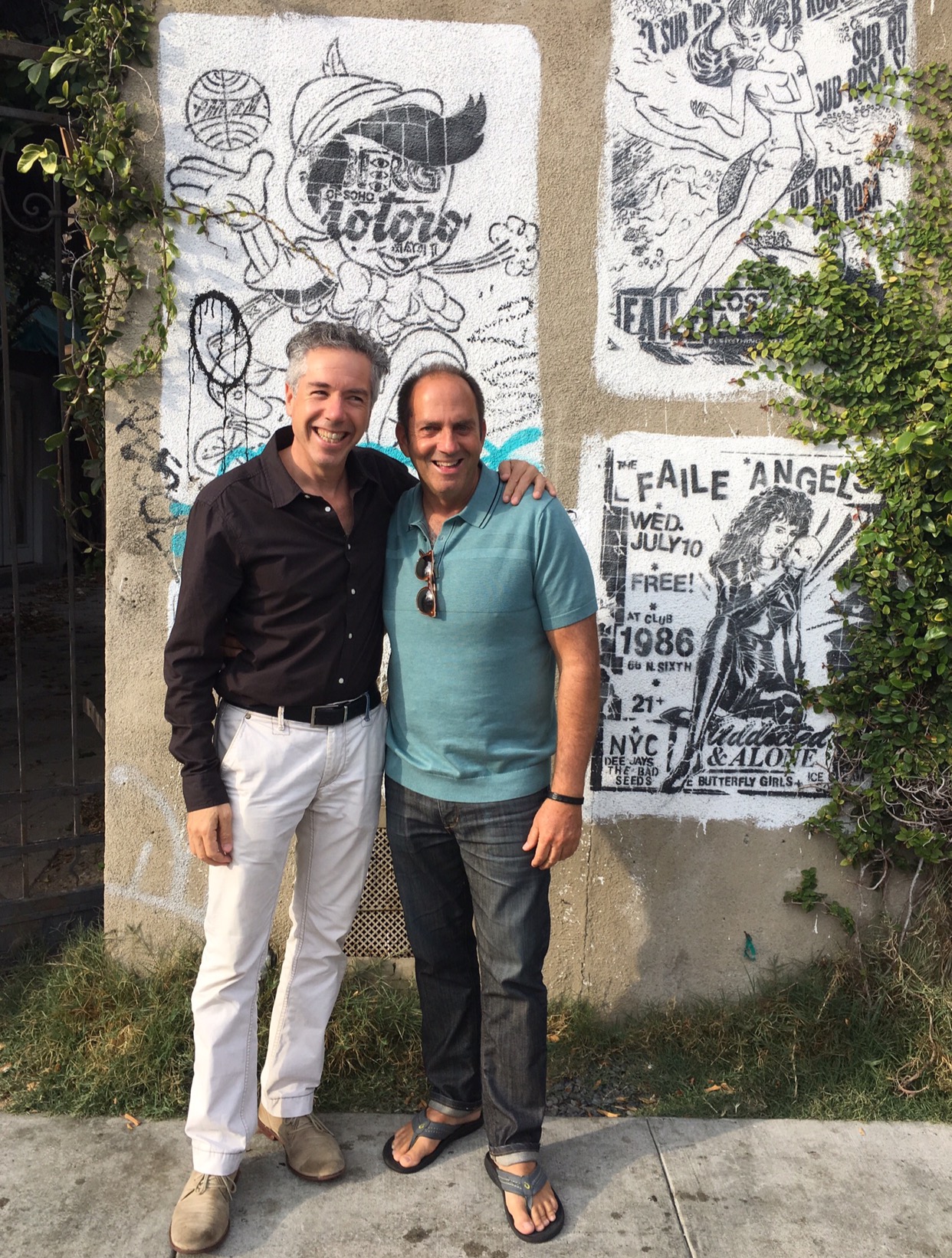 Venice is rich with diverse, creative individuals. Someone who has been here a long time and that I’ve come to know is Douglas Weston, an actor, and a vice-president at Green Dot Public Schools.

Douglas is a profoundly talented actor with an impressive resume including stage, film, and television. He savors the Venice lifestyle and can be seen standing tall along with other locals giving his voice to issues that may negatively affect the community. On a larger scale, his work at Green Dot is having a profound effect on low-income families who are now being offered high-quality education at 22 schools across Los Angeles.

And, being the artist and consummate professional that he is, Douglas attends my acting studio on a weekly basis with his tribe of actors, writers, and directors at the Electric Lodge. Of course, it doesn’t hurt that it’s only a short bike ride from his home!

Recently, he and I sat down for a chat at one of my regular jaunts, Gjelina Take Away.

Here is a snippet of our conversation.

Douglas: I need to be an actor!

Douglas: I have a fundamental need to understand how my individuality relates to a larger frame of life as expressed through humanity and beyond. Acting is my portal into the human condition and to discovering a character’s flaw and finding their humanity.

Guy: When you first arrived in Venice in 1997, did you feel at home?

Douglas: No, not at first, though I did like the set-up of the town. I loved the building we were in by the beach, and I loved looking out and seeing the palm trees, the ocean, but I felt that it was temporary. And I did feel that it was temporary for about ten years, then something shifted, and I have become attached to it and now call it home.

Guy: And here you are, an Englishman living in Venice?

Guy: What is that?

Douglas: I’m half and half. My mother is a New Yorker. Although I was born in England and sent to grim English boarding schools, I came to discover my American Heritage during College. Except for a few years before and after college, I’ve been in the states almost ever since.

Guy: After graduating with a degree in English and History from Princeton, you traveled widely, trying on a variety of character building jobs. In addition, you worked as an actor with some of the best theater companies in New York – the Wooster Group, LaMamma and starred on Broadway before you planted your roots here. Whereas, I was born in Miami, raised in Cocoa Beach, then Hawaii (15 years), moved to New York to study with Gene Frankel, worked Off-Broadway and then headed west to lay my board down in California. The ocean and palm trees have for the most part always been in sight, but I also know that I definitely need Art in my life.

Douglas: I’m curious, what does Art do for you?

Guy: It helps to keep the feeling of being a ‘cosmic orphan’ at bay! I’m always learning more about myself through art and by hanging out with like-minded individuals.

Douglas: For me, art is a bit like being an archeologist, peering into the future, diving into the past. You’re pulling all that together, and you’re excavating it. And as a result, you’re forming a consciousness about who you are, where you are and maybe even where you are going.

Guy: Do you ever feel you would be better suited living in Hollywood, closer to where the action is, so to speak?

Douglas: No, because even though I’m an actor, I derive so much energy from swimming in the ocean and hiking in the mountains. It doesn’t mean that Hollywood wouldn’t provide that in some way, I’m sure it would because I love hanging with the acting community.

But living in Venice charges me in a way I don’t want to live without – I know my neighbors well, my wife and I have raised a daughter here and we’re deeply engaged in our local public schools. Plus, it’s filled with creatives everywhere you look.

Guy: I agree, that’s why I moved from Hollywood to Venice! And, shortly after I took a huge leap of faith to move my acting studio to the Electric Lodge. I haven’t looked back.

Douglas: It’s wonderful to see how much of Venice is coming to your studio in such a short period of time! It’s become a hub, and a rare outlet for artists of all walks of life to work out, to grow and take risks in a safe, supportive space – that’s also fierce about living truthfully moment-to-moment. It’s also a fascinating amalgam of people that come on a weekly basis.

Guy: Thank you, it’s a joy to be of assistance and witness the depth of the work, the collaboration and the projects being developed and ultimately, produced. This is in large part due to you, and I appreciate you for spreading the good word.

See you in studio Wednesday night!

Guy Camilleri is a Venice-based actor, acting coach, and poet. He teaches regular classes on Monday and Wednesday evenings at the Electric Lodge, in Venice. His private coaching specializes in audition preparation, self-taped auditions, original reels and career consultation. To audit a class and/or book a coaching session, email guy@rawactingstudio.com. Follow Guy on Instagram @guycamilleri and Facebook.