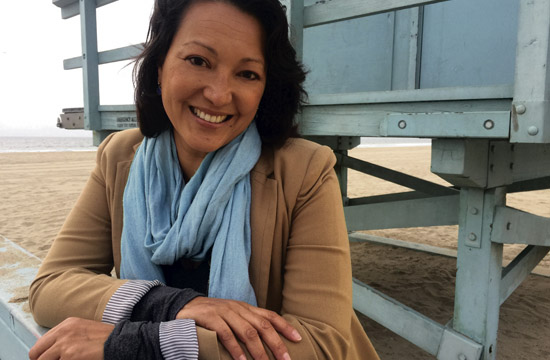 Dealing with Death, Dying, and Loss. Endings are tough, and it is never easy to say “Goodbye.”

It seemed appropriate, that with the ending of; the previous presidency, two family members’ recent deaths, and a reader reaching out to me about how to cope with her late husband’s suicide, that I address death, dying, and endings in this piece.

Not to mention all the incredible artists who died in 2016. Artists many of us grew up with, and identify as part of our waning youth. We grieve the passing of our celebrity heroes, as much as we grieve the passing of our own youth. In a defiant, sad, whiny and demanding manner. “Why, why, why?!” We cry out in vanity, and in vain. Why? Because even celebrities are human, and must also one day die.

As we get ready to bid the Obama’s goodbye, we face the dying of an era. Almost ten years of; wit, grace, style, diplomacy, good looks, humor, controversy, ongoing wars in the Middle East, and precarious health care.

Many are looking at the new Trump administration as heralding the death of a certain way of life. A way of life many got used to, the end of a comfort zone for many. Goodbyes are never easy. We are saying goodbye to a lot. As the Obama’s leave the White House, their departure is a death of sorts. We are witnessing the end of a certain period of time as we know it.

I am personally wary of making extreme predictions for the new incoming administration. Indeed, I’ve seen a lot of their alleged threats proposing to “defund” this or that. I continue to be apprehensive, and wait to see what actually happens. I think many civilians are holding their breath.

I don’t know Trump personally. I do not agree with many of his decisions, but I also prefer that he surprise us all by doing more good than anyone expects. And no matter how unrealistic some of you may think that hope is, I do hope he surprises us all.

As it was for many others, this election cycle was emotionally taxing on me. In horror, I saw the Democratic Party fall apart in front of my eyes. I could not justify the deep corruption that was exposed during the primary, in a party I was loyal to for so long.

No, I did not become a Republican. But, DNC employee Seth Rich’s death and the bullying I watched Bernie go through was the death of the Democratic Party for me. It was an ending in the faith I once had in a party that I saw fall apart in front of a Nation. It felt like a betrayal and a loss all at the same time. It was painful and embarrassing to watch. No matter who the competition was, I could not be part of it anymore. And so I withdrew and voted to protect the environment instead. I felt I had no other option. I felt trapped. Will I rejoin? Probably, but under new circumstances, and with more new faces at the helm. Such as that of Hawaiian Congresswoman Tulsi Gabbard.

As I watch Trump and his admin gloat and step in, I grieve with my current home state of California and my old hometown of New York City. Because I know so many of us wanted Bernie and felt he could have won. We grieve for what could have been.

As the old guard falls away around us, I write this on the day of my daughter’s aunt Noreen’s death. On the morning I wrote this piece, my daughter’s father’s only sister died.  It was years coming. She had been fighting cancer for four years. That side of the family did their painful goodbyes over the Christmas vacation.

In death, I feel, Noreen is taking with her the majority of a lineage of sad, Irish family history, and the family burdens she may have carried. I feel, she probably carried too much. As many women do. It seemed to me; she quietly took on too much emotionally. She was the kind of woman who cared about everyone else’s well-being before her own. May she rest in peace. What a sweet, kind woman Noreen was. She will be missed by all who knew her.

Noreen’s death was soon followed by my great uncle Sandy’s death. My grandmother’s younger brother. My grandmother passed in March of 2016, and Sandy (Alexander Martin) passed peacefully on January 12th, 2017. He had been battling Alzheimer’s for a few years, as did my grandmother too. But, with Sandy the illness seemed more brutal and he thrashed at it with fits of frustration and rage. He was a soft-spoken man in his youth and middle age. A quiet man with a sly smile, and a wry wit. His kids were the cousins I played with every summer. His death, is the end of an era for me and my cousins, aunts and uncles. We are seeing the old guard die in our own family. It is hitting home. I am aware now, that I will start to see family at more funerals, and less at Summer gatherings. We are a large family, and getting together is expensive. I felt the somberness in all of us, scattered across the country. I felt the moment of silence we all took. Knowing that Sandy had finally gone too. We are all grateful to have known him, and are so grateful he went peacefully in his sleep, with a sigh. He will be missed.

I must also address a reader, who reached out to me from across the world. She recently wrote to me about getting over her husband’s 2015 suicide. She wrote:

On March 8th, 2015, I lost my husband to suicide. Since then, I am suffering guilt, insomnia, and sorrow.

How can I get out from my nightmare?

Thank you for answering. -T ”

I am so sorry to hear about your husband. First and foremost, no matter what your relationship was like with your husband, Suicide is a personal choice. Though a tragic one, we must respect other people’s choices. Life is challenging, and not everyone is strong enough to handle it. Your husband’s suicide is not your responsibility to carry. If you are ever in LA, I can help you to get closure, or if you would like, you could do a phone session too. Otherwise, take very good care of yourself. Rest, eat well, be gentle with yourself while you heal. Blessings, – Aura”

I write a lot and often about self-care. Not only as a reminder to myself as a holistic health facilitator, but also as a reminder for my readers.

Of course, I must in tandem address the five stages of grief:

1) Denial – A form of coping and protecting oneself from the brusque hurt. This is natural

2) Anger – A reaction. “How could this happen? Damnit!” It is terrifying to feel out of control around an ending or death. Often under anger? Is grief or fear.

3) Bargaining – “Well, maybe if I did this or that? Or maybe if I do this or that?” Rationalizing a terrible situation, or trying to make sense out of it, is a way to try to digest it all. It takes time to digest the loss. Just allow yourself to go through it. Give yourself as much time as you need, without letting it destroy you.

4) Depression – “This sucks! I hate this feeling of loss. I feel at a loss. I don’t want to do anything.” So rest. Processing grief and loss requires rest. The more rest you get initially, the sooner you will want to get back involved in your day to day life.

5) Acceptance – “OK, I cannot do anything to change this occurrence that has happened. I guess I will have to live with it.” Yes, but you can choose to empower yourself around it. You can choose not to collapse under it. You can choose a new way of emerging. Volunteering for a cause that feels empowering around the related issue, can be very healing.

What I see with the end of the Obama’s and the end of the Clinton Dynasty, is a death of an old way of being. What do I see with the phase of Trump as president? I see a very painful overhaul. Much like an earthquake. In the process and the aftermath, we will get very serious about our American values. And when the dust settles? We will stand up stronger, wiser, louder, and even more organized and present than ever before. The end of complacency at the hands of the ruling class is once again over. This type of cycle has played out time and time again in history. People get complacent under the rule of an “it’s good enough” system. Then, it is overthrown and something completely new and unexpected emerges. And that is what closure begets. It eventually begets growth and new beginnings. I look forward to our emergence from all of this.

Be well, take good care of yourself and your loved ones.

Aura Walker is a seasoned mental health counselor and holistic health expert. She specializes in the use of hypnotherapy for rapid healing in short term care. Write to her, and she may feature your question or problem in her Yo! Venice column: “Ask a Hip Hypnotherapist.”