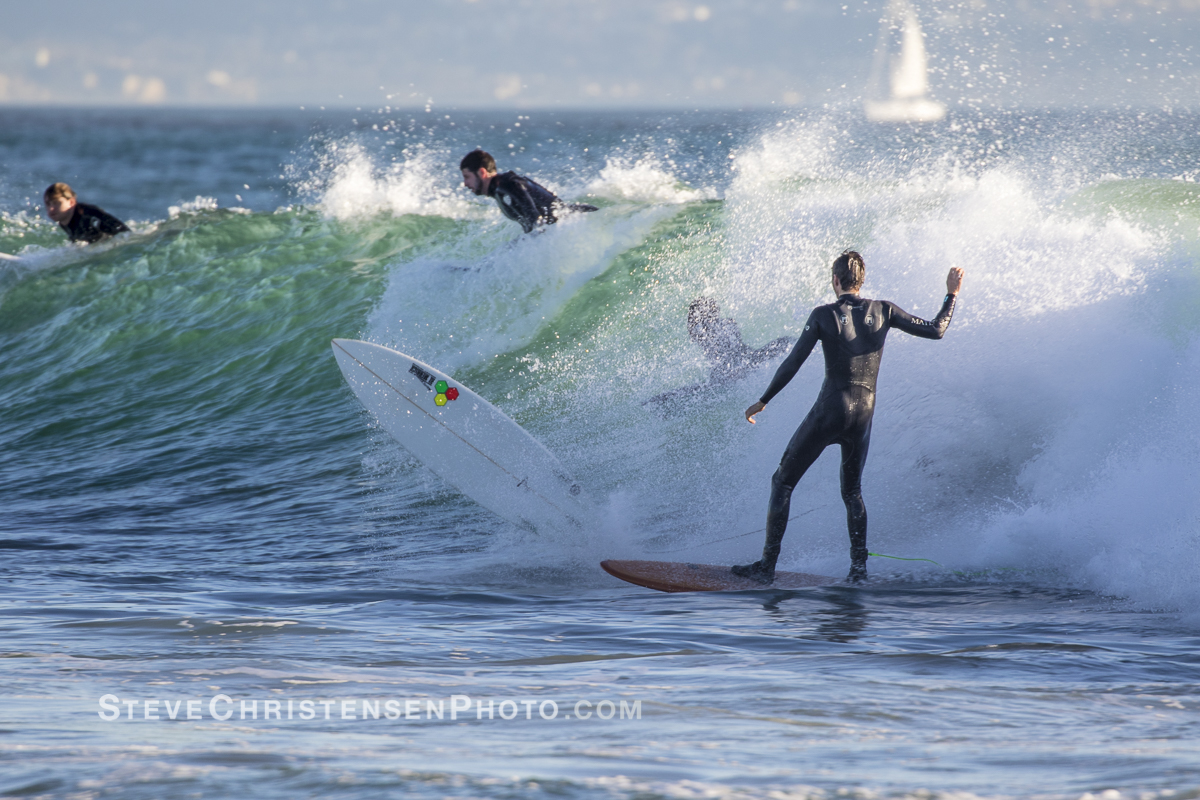 Things were heating up by February this year…

A heat wave blasted across Los Angeles. Temperatures and tempers ran high. The waves were still big, and Venice Beach surfers were fighting for a ride. One Yo! Venice source even witnessed blows taken out on the crowded waves. A combination of warm, sunny days and high surf meant there simply wasn’t enough room for everyone to catch a break.

Venice photographer Steve Christensen caught a lot of the action.

By February 11, the National Oceanic and Atmospheric Administration announced  El Niño was on the way out.

So too were a couple of Venice OGs…

Roosterfish management announced they were set to close after 37 years. The Abbot Kinney establishment had been Los Angeles’ longest continually running gay bar.

In the same week, Chef Joseph Miller from Joe’s Restaurant made the announcement that he too would be saying goodbye to Venice. Miller said the decision to close came with “mixed feelings.” February 14th, Valentine’s Day, was the restaurant’s last night.

A highlight of the month came when Venice High School student Axel became a Super Bowl superstar. Joining Coldplay on stage with as part of Gustavo Dudamel’s Youth Orchestra LA, Axel rocked out on his viola.

“It was unbelievable. When I was up there, it didn’t even feel like I was playing in front of millions of people. It just felt like I was in my own little world. My brain kind of filtered out all the people in the background and it was like I was playing by myself. It was a really nice experience,” he told Yo! Venice.

Take a look at what happened in March, here.