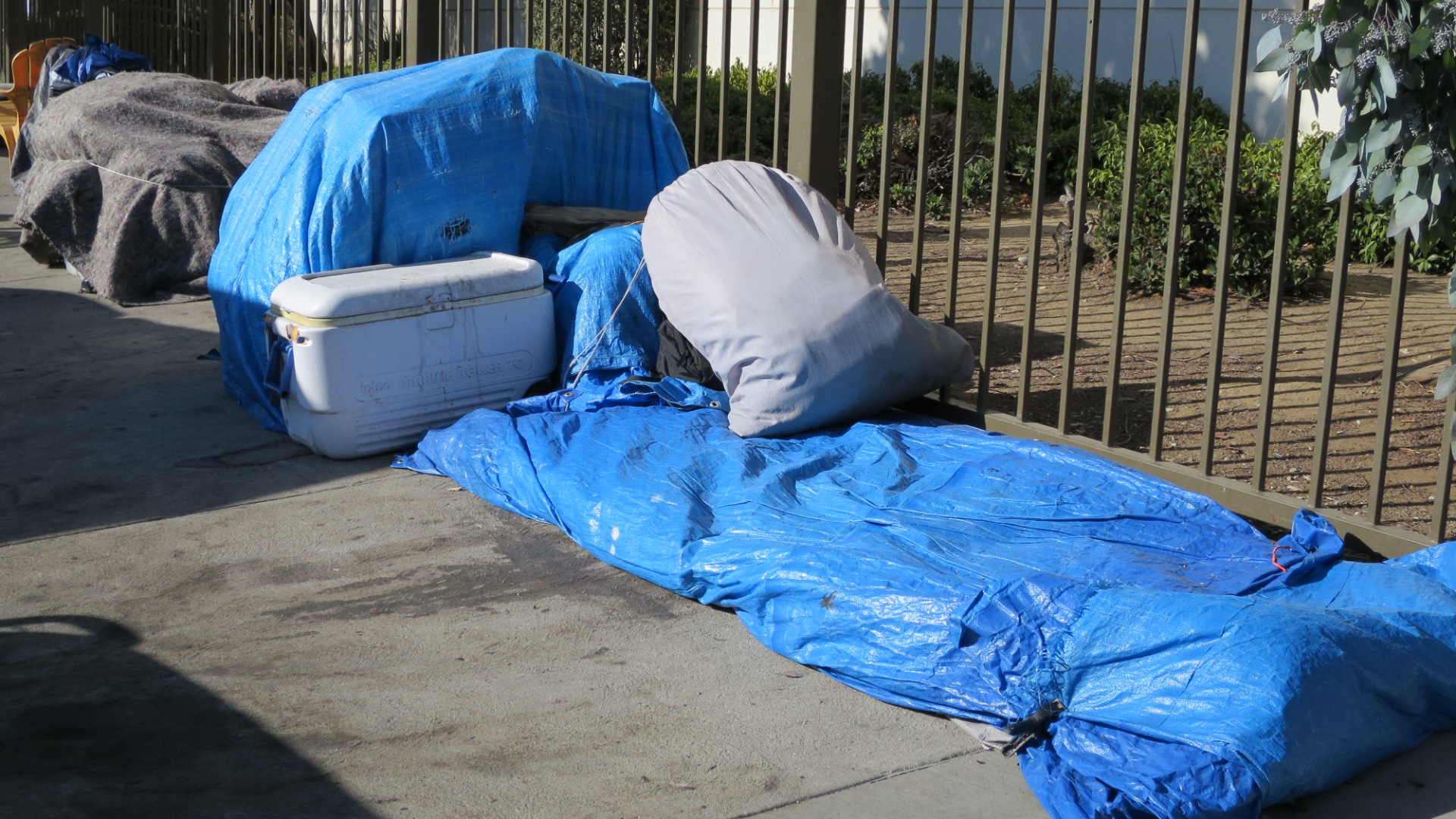 Mayor Eric Garcetti, City Council members and representatives of labor, business and nonprofit groups officially launched the campaign for for Measure HHH, a $1.2 billion bond measure to pay for about 10,000 units of homeless housing over the next decade.

“I urge all Angelenos to vote for Measure HHH,” Garcetti said at a
kick-off event at New Genesis, a 106-unit permanent supportive housing complex
in downtown Los Angeles.

Garcetti said city and county officials over the past year have “stepped up with the resources that we can find” to address homelessness, and now need voters’ help in coming up with a larger, more sustained source of funding.

The measure calls for borrowing up to $1.2 billion to fund permanent supportive housing, defined as residential developments that include on-site mental health, substance abuse and other types of counseling services. Some of the funds can also go toward affordable housing for people who are at-risk of becoming homeless, and other facilities serving the transient population.

Elise Buik, president of United Way of Greater Los Angeles, an advocacy group that has pushed for building more permanent supportive housing, characterized the measure as a moral decision.

“Our responsibility as a community is to ensure that no one — no
woman, no child, no man, no veteran — has to make the choice of laying their
head down on the sidewalk at night, of not feeling safe, of living in a car…That is the power of this Measure HHH. We have the power to transform people’s lives and to make sure that we have a place called home. This is our responsibility (as) a city,” Buik said.

Buik added there are also practical reasons to support the measure. “This is not only the right thing to do, it is also the smart thing…Permanent supportive housing is 40 percent cheaper than leaving people on the streets to cycle through jails and emergency rooms” she said.

At a meeting in Venice on September 9, Councilmember Mike Bonin said the city of Los Angeles spends $100 million a year just to manage homelesness, not solve it. This does not include money spent money spent by the county.

Councilman Jose Huizar, who represents downtown Los Angeles, said
homelessness should be seen as a citywide responsibility. Despite the
perception that homelessness is concentrated in downtown Los Angeles,
particularly in the Skid Row district, about 85 percent of the homeless
population living outside of that area, he said, “so we’re all affected from
this.”

The homeless crisis is evident on the streets of Venice Beach.

“Every person living on the street is a human being who needs to be
assisted and helped, and hopefully through this bond (measure) we will continue
to address homelessness the best way we could,” he said.

Huizar added that the city has long taken a more reactive approach to homelessness that has been less than effective.

Councilman Marqueece Harris-Dawson said the bond measure should be seen
as a first step in tackling homelessness and described it as “a down-payment
on what I believe will be a long-term, sustained effort.”

Harris-Dawson noted that Proposition HHH will be competing for attention

with many other measures on an unusually lengthy ballot on Nov. 8. “We believe that we absolutely can win HHH,” he said. “It’s going to
be a little tough … Even though we have a lot of support, this year’s ballot
is going to be something like 28 or 29 pages and HHH is going to be in the
back. So we gotta make sure that everybody goes to the back of their ballot.”

The measure also has the support of the Los Angeles Area Chamber of
Commerce, and the region’s biggest labor organization.

Rusty Hicks, who runs the Los Angeles County Federation of Labor, said
the 800,000 labor union members in his organization will be helping to get the
measure passed.

“In fact we started acting this past weekend,” Hicks said, with
members of the federation speaking to about 2,000 voters on Saturday and Sunday about the measure. “Between now and election day, every door we knock and on every phone call that we make, we deliver the message, ‘Yes on HHH,’ because we can afford it, and frankly we can’t afford not to,” Hicks said.

If approved, the bond amount would be the biggest voters have ever
authorized the city to issue. The largest thus far was $600 million to pay for citywide security improvements. Voters have also approved city bond measures to build public facilities for the library, police, fire department, animal shelters and the zoo, and to make seismic upgrades.

City leaders last year vowed to tackle homelessness and spend about $100 million toward the effort. They estimate it will cost about $1.85 billion over a decade to adequately house and provide services to homeless people and families in Los Angeles. A recent count put the city’s homeless population at about 27,000.