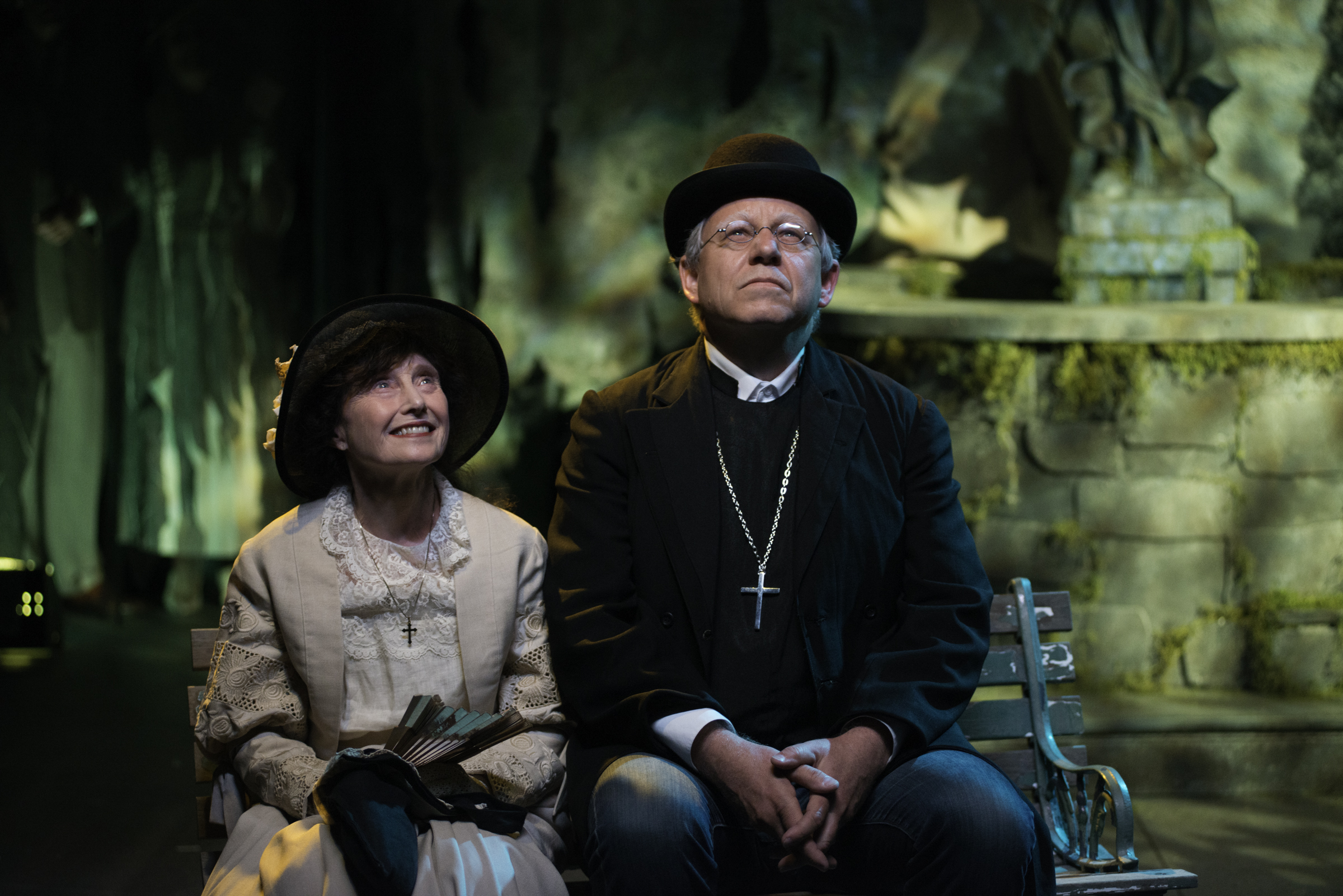 The Pacific Resident Theatre in Venice celebrates it’s 30 Anniversary this year. Their latest offering; The Eccentricities of a Nightingale by Tennessee Williams.

In a 1973 Playboy interview when asked, “With what characters of yours do you identify?” Williams said,“Alma…is my favorite – because I came out so late and so did Alma, and she had the greatest struggle, you know?”

In the play, poetry of the heart ignites powerful desires that can no longer be ignored by Alma. The preacher’s daughter boldly seizes on a chance to follow her heart’s inclinations when John Buchanan returns from medical school to live in their small town where, too often, dreams die quickly. Tennessee Williams’s subtly seductive play centers on the passionately complex and sometimes cruel relationships to which love becomes vulnerable, when we are strong enough to allow it.

Written in 1951, The Eccentricities of a Nightingale was his revision of the more familiar Summer and Smoke.  Williams said he preferred Eccentricities. Writing in an author’s note, “It is less conventional and melodramatic.”

Recognized as one of the top regional theaters on the West Coast, the Pacific Residents Theater company presents high quality works aiming to entertain, inform, and educate. In addition, the company is committed to rediscovering rarely performed classics and have a focused on fostering and developing new works.

Eccentricities of a Nightingale runs at 8pm Thursdays – Saturdays, and at 3pm on Sundays through August 14, 2016. Pacific Resident Theatre is located at 703 Venice Blvd., in Venice, CA 90291.

Paul Anderson (Roger) appeared in PRT’s award winning production of A View From The Bridge. Los Angeles theatre credits include Ross/How/Snork in The Elephant Man at St. John’s Cathedral, and roles in
Death of a Salesman and State and of the Union with Interact Theatre Company. He will be seen in an upcoming episode of “Betrayed.”

Ginna Carter (Alma) starred in Anatol and Everyday Life at PRT. She was recently seen at Rogue Machine Theatre in her solo creation, Dorothy, A Current Account. Selected Los Angeles credits include Salty Shakespeare: A Midsummer Night’s Dream, You Did What, and Brilliant Traces. Regionally, Ginna has performed in workshops of her play Dorothy at Hartford Stage Brand:NEW Play festival, The Alley Theatre, and The Roundabout Theatre’s Black Box.

Andrew Dits (John) was seen in Comedy Of Errors at A Noise Within; Fat Pig at The Hudson; and King Dick with Gangbusters Theatre Company. Recent Film credits include “Come Simi” and
“Like You Mean It” (now on Amazon) and “Afuera” at LA Film Fest. He can be seen in “Snowden” by Oliver Stone to premiere in September. Cast as a series-regular on the Bounce TV sitcom “My Crazy Roommate.”

Brad Greenquist (Reverend Winemiller) has performed on Broadway, Off-Broadway, Off-Off-Broadway, and in numerous Regional theaters. He was most recently seen at PRT as Dr. Jörgen in The Unfryable Meatness of Being. Other PRT performances include roles in Nora, Becky’s New Car, Orpheus Descending, Four Dogs and a Bone, Our Town, Macbeth, Entertaining Mr. Sloan, and Closer.

Rita Obermeyer (Mrs. Buchanan) played Maureen in The Beauty Queen of Leenane at PRT and was also seen in Random Acts, Sweet Thursday, and Everyday Life by Rilke.
She portrayed Gertrude in Hamlet at the Lillian Theatre.

Mary Jo Deschanel (Mrs. Winemiller) is best known for her roles as Annie Glen in
“The Right Stuff” and Eileen Hayward in “Twin Peaks.” She is member of Pscific Resident Theatre where she performed her show DthnVncin in 2013 and 2014.

Joan Chodorow (Mrs. Bassett) is a long time member of PRT where she has appeared in numerous productions such as The award-winning Henry V and The Unfryable Meatness of Being. She co-stars in “The Encounter” by renowned video artist Bill Viola and is “the voice” in “The End of Photography” by prominent Los
Angeles photographer/video artist Judy Fiskin.

Choppy Guillotte (Vernon) is a long time member of PRT. He has appeared in Rocket To The Moon (LADCC Award, Best Revival), The Swan, Lulu, and A Question Of Mercy. In the Co-op, selected credits include The Glass Menagerie, Our Town, The Goatwoman Of Corvis County, Blast, and Bully.

Amy Huntington (Rosemary) was last seen on the PRT main stage as Sister Mary in Happy End. Selected Co-Op credits include How I Learned to Drive, Macbeth, The Glass Menagerie, Birdbath, and In
The Boom Boom Room.

Derek Chariton (Salesman) can be seen this summer in AMC’s “The American West” as Billy the Kid. Stage credits include A Midsummer Night’s Dream, Comedy of Errors, Gingerman, and Beauty Queen of Leenane.