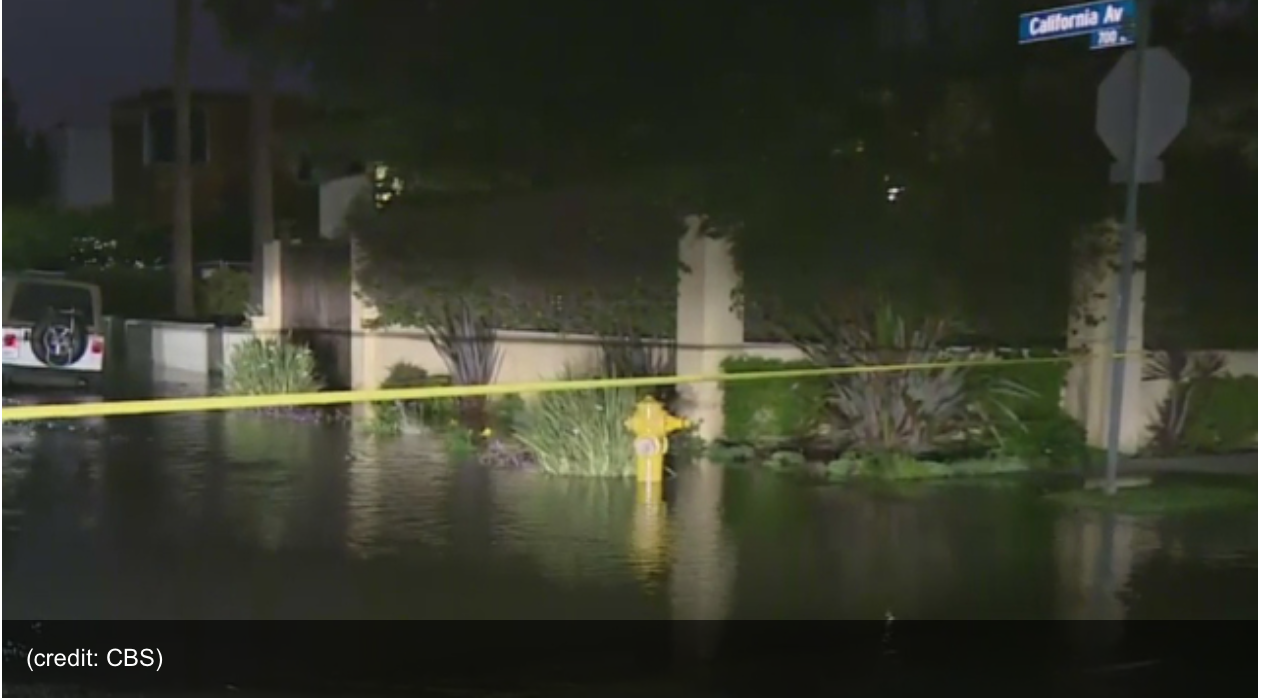 The flooded streets of Venice made the neighborhood look more like it’s namesake after a An 8-inch cast iron water main burst early this morning.

Crews were sent to make repairs after the problem was reported about 4:45 a.m. at California and Shell avenues, according to the Los Angeles Department of Water and Power.

CBS LA reports 74 customers have been affected. The pipe was expected to take 5 hours to restore.