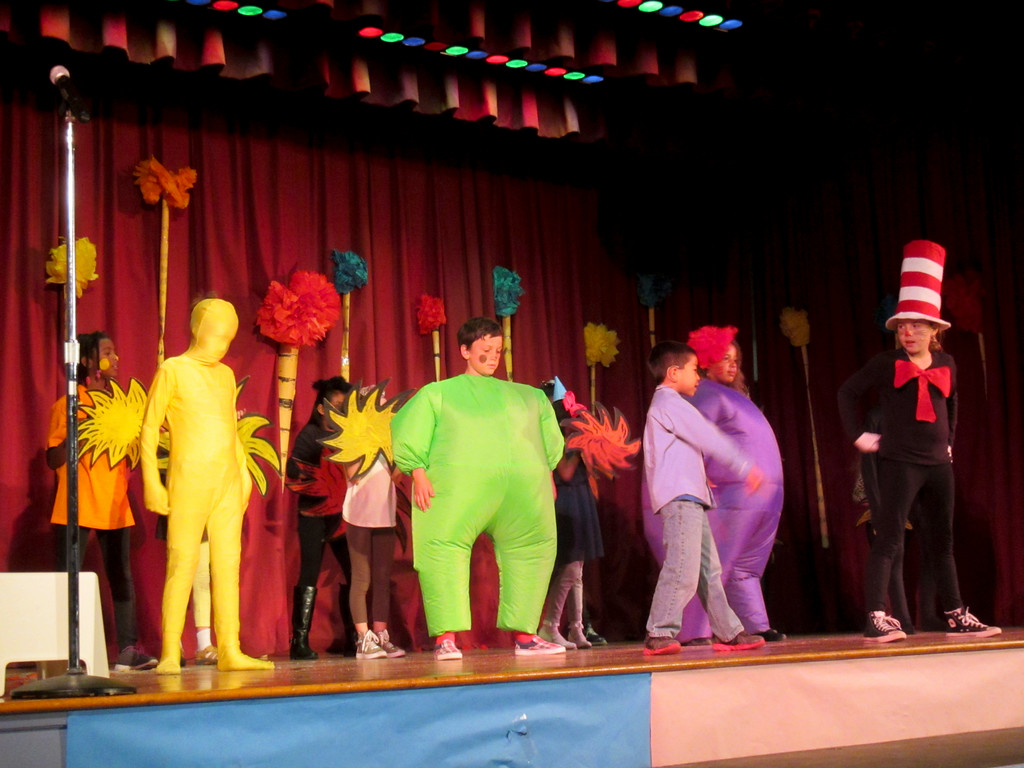 The school, “believes theater and the arts are important for a child’s whole learning” and provides an in-school and after-school program that is free to all students. At a school where nearly 40 pecent of students are from low-income families, the programs are something many students would not get the opportunity to participate in elsewhere.

“The event is one of the most fun events of the year for the children,” the school stated. For 90 minutes, the kids walked laps around the large campus, jump-roped, played basketball, did yoga, (and took a break with popsicles).

“The highlight of the event was our dance station. Local hip-hop dancer Lisa Kellogg led each grade in their own choreographed dance party. The kids had an amazing time dancing, especially as they had spent the week voting on their favorite songs,” the school said.

The children not only love this event because it is fun, but because it allows them the opportunity to support their school, according to Walgrove. Some children brought in $2. One kindergartner raised $15 from his own lemonade stand. The song voting for sponsors encouraged many children to participate.

For the past three years, the P.S. Arts Program at Walgrove has been paid for by a private, corporate- sponsored grant. The grant expires this year and is not being renewed.

What is your personal goal for the students?

It’s my goal to give students classes where they use many of their various artistic muscles. So far this year, students have studied vocal projection, character movement, poetry, script development and team building.

What is theater for you?

I believe theater empowers, inspires and invokes individuals to fully connect to the world through the plethora of the talents they are given. Theater has been around since the beginning of civilization. We have always told stories, danced with friends, told jokes and entertained one another. Thus, having theater in our lives feeds a basic human desire to connect with the world and the people in it.

How can theater benefit children?

Walgrove is an extremely creative community which is a beautiful quality of our school. Thus, having theater at Walgrove not only creates an outlet of artistic expression but it gives our students a chance to nurture the creative muscles that live inside of them.

Additionally, theater teaches students that there is more than one solution to a problem. It teaches children to think both critically and artistically.

The in-school program has been specifically designed to integrate and mainstream the school’s over 20 percent special needs population.

The after-school program includes a Musical Theater Workshop where children learn to dance, sing, and act, culminating in a full-length musical performance.

By Melanie Camp May 17, 2016
Tags: featured in Opinion
Related Posts