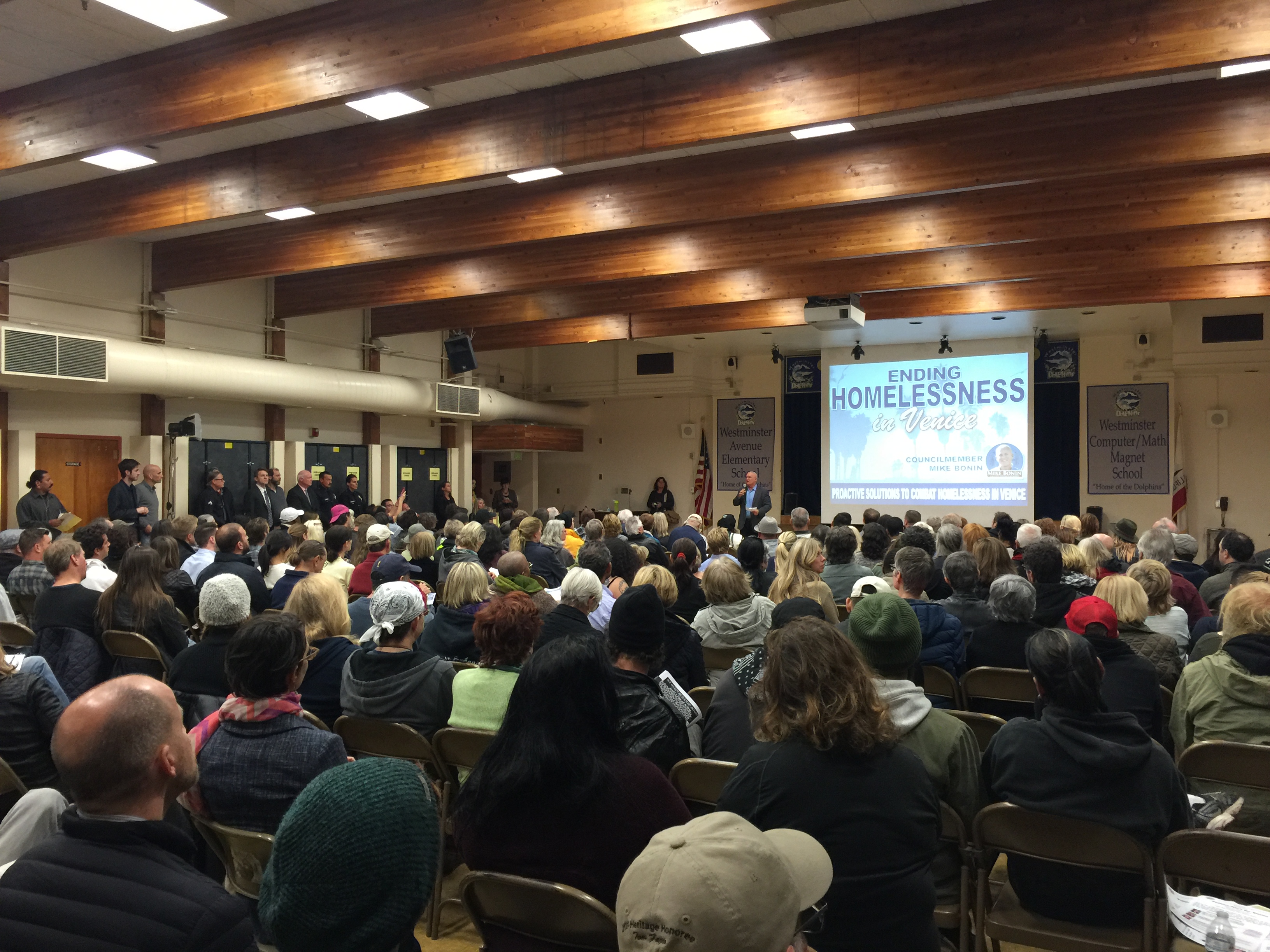 Bonin’s plan included initiatives that could be applied throughout Los Angeles saying we are, “Not going to end homelessness in Venice unless we end it city-wide.”

“There’d be 300 in here tonight, I know how many this room holds,” said local businessman and Chair of the Venice Chamber of Commerce Boardwalk Committee, Carl Lambert.

Lambert was one of the many spotted at last night’s meeting. LAPD Pacific’s Captains Alberca and Tippet as well as Senior Lead Officers Thusing and and Delatori came to hear the plan. As did President of the Venice Neighborhood Council Mike Newhouse, and VNC President Emeritus Linda Lucks, who were both spotted in the crowd. So too was Dr Judy Goldman, who has been a large part of the fight against the proliferation of short-term rentals in Venice through the group Keep Neighborhoods First.

Preserving affordable housing by getting tough on short-term rental regulations was one of the many initiatives proposed in the plan that, more often than not, drew loud cheers from the crowd.

The only initiative that divided the room was a controversial proposal to turn the abandoned senior center at the Westminster Dog Park on Pacific Ave., into storage units to be used by the neighborhood’s homeless. The facility would be operated by the non-profit organization Chrysalis.

Some cheered, others booed, and Bonin added the plan would have to be run by the Venice community before it could go ahead for sure.