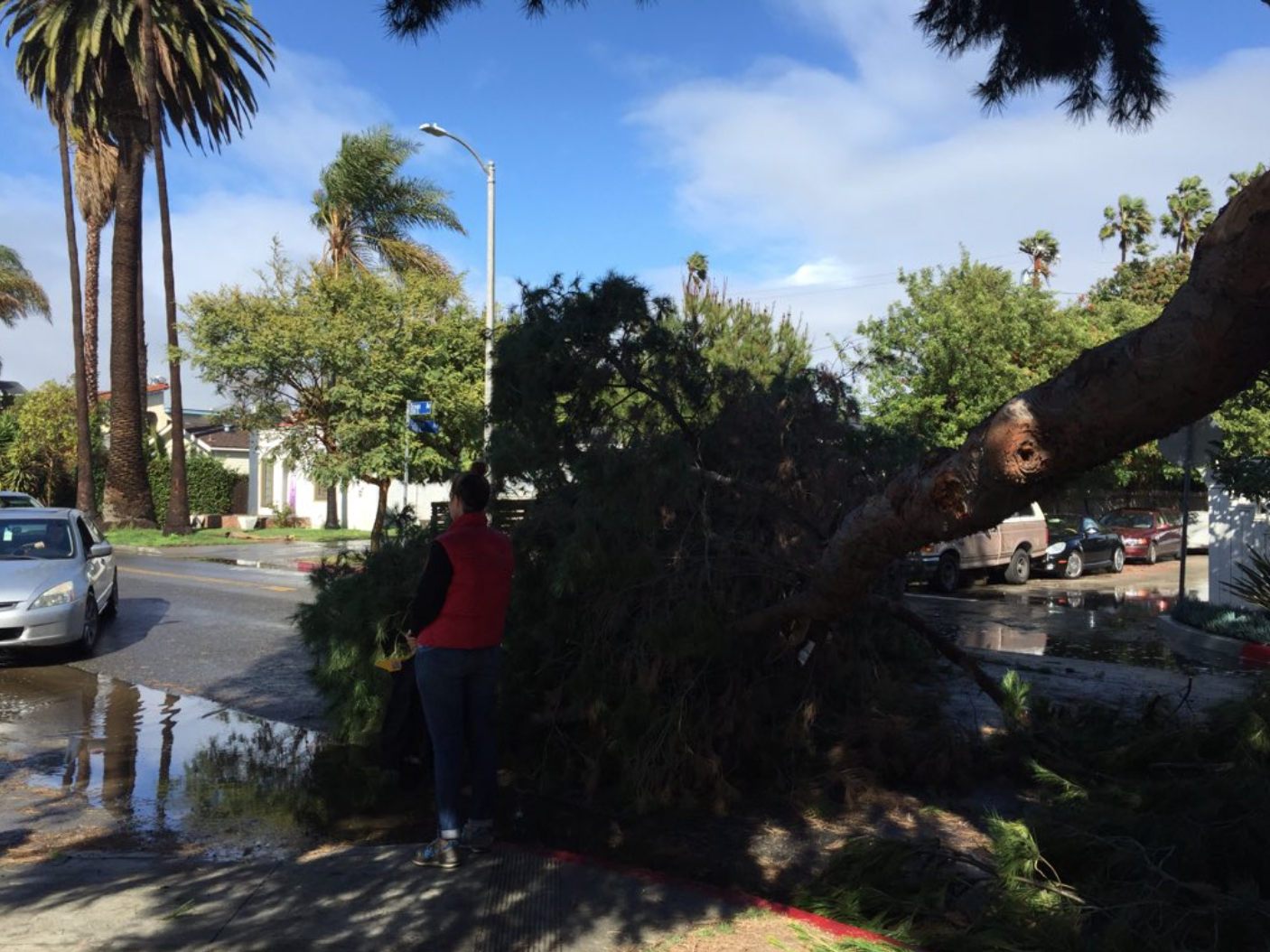 In Garden Grove a Jack in the Box sign was felled by gusty winds and  in Westminster a tree was toppled, crushing several parked SUV’s and narrowly missing two people who were inside one of the vehicles.

A tree in Venice dropped   one massive branch on Ocean Ave and Linnie Canal Court, disrupting traffic and drawing the attention of one TV news crew. Emergency services arrived at the scene however they were unable to remove the branch.

Local, Amber Feld,  put out a call on social media, hoping to rally the services of any Venice lumberjacks who might have been able to help remove the large branch.

In the end it was Stringfellow, who along with his inner lumberjack, came to the rescue, “I bought out my saw and cut open a lane so cars could get through,” he said.

Since then the branch remains illegally parked on Ocean awaiting pickup. It better hope someone comes to  get it before Jackie Pucci has time to write up a ticket!

While the rains from yesterday have now cleared, a high surf advisory remains in effect until 2am Tuesday.