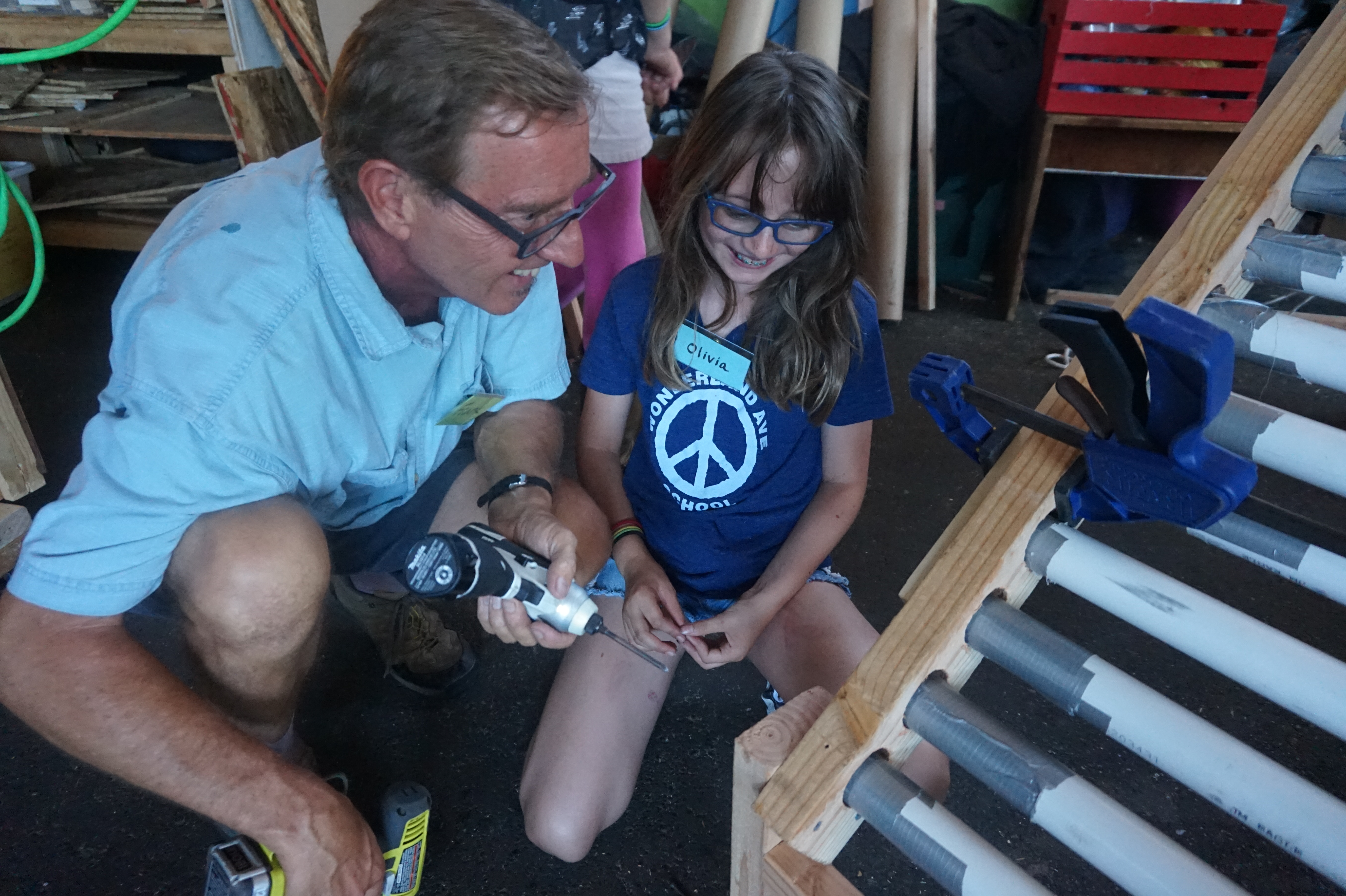 There aren’t enough kids that play with junk anymore. It’s all iPads and video games. Years ago kids could go out into their backyards with a stick and a rock, and make a house out of the leaves from the oak tree. There used to be a kid culture of playing with scrap, and it seems like it may be dying out. However, that may not necessarily be the case yet.

A non-profit facility and organization, one that’s been open for 11 years now, the center receives scrap metal, wood, PVC pipes, and everything in between from various recycling facilities around Los Angeles recycling centers, before using them for various “tinkering projects.”

Besides just art, some projects are donated to local schools, such as jungle gyms, all of which are made by the children with the help of adult supervision. Most projects are sent home, with bigger ones being taken apart for the materials to be reused the next week.

The reDiscover Center was founded by a group of architects and pre-school teachers, who wanted to encourage children to learn, grow, and experiment with their environment, and were getting tired of the conventional construction-paper-and-crayon approach that most classrooms had to offer.

Over time, the center has helped its community, and even offers scholarships, as well as donations and accepting kids from Westside Children’s Center, from foster care homes, and really any disadvantaged youth in general.

It has been shown that the kids show an increase in self worth and overall happiness because of these programs.

Children are matched in groups for certain projects, being moved around if necessary. “Some kids get along, some don’t,” said Jonathan Bijur, executive director. “When that happens, you shuffle the groups around and move on. Sometimes the kids make friends, and that’s great too.”

The tinkering projects are for ages 7-12, and employ real tools in their projects, such as drills.

The utmost safety is taken in these endeavors, with no injuries being reported in the center’s 11-year history, partially due to kids being made aware of the dangers of certain tools, but also due to the fact that the center employs one trained adult for every five children, ensuring a safe, well-supervised environment.

It also allows kids more attention from an authority figure, which is good for self-esteem. Besides tinkering, there are programs available for children 6 and under, which involves art projects.

The program has seen great success as a summer camp, to the point where they are expanding it to after school as well. The first day is free for those who want to see what all the buzz is about, with $20 day passes available for drop-in sessions. They also offer monthly unlimited access for $150.