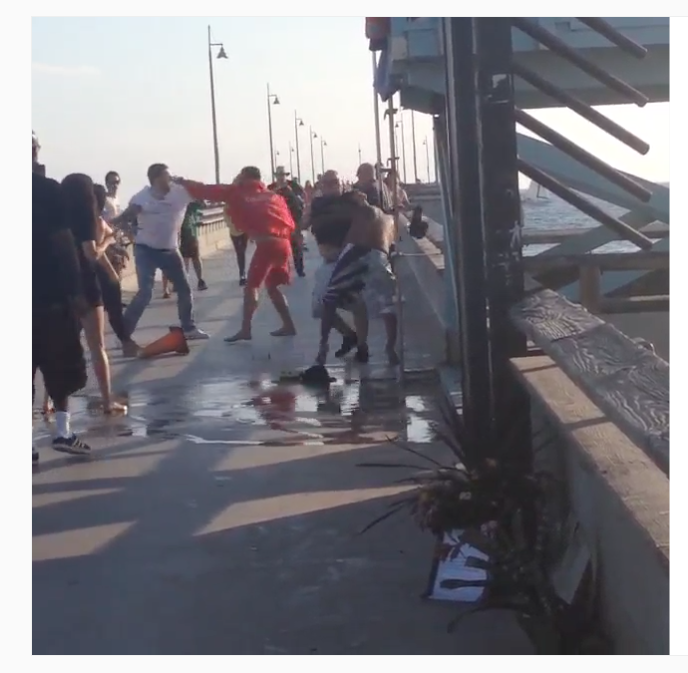 A lifeguard is suffering a broken hand after being violently attacked on the Pier around 6:30pm yesterday

One witness said they thought one of the attackers had flicked a lit cigarette at the lifeguard, prompting the altercation.

In a video on social media the lifeguard is seen being pulled down off his tower as he starts to climb down the ladder.

Two men and one woman are seen relentlessly attacking the lifeguard. The woman yelling “You sexually harassed me”

One of the attackers remains in hospital today after being beaten unconscious during the altercation.

All three attackers have been arrested and face charges of felony assault, “It is a felony to assault an ocean lifeguard, who is a peace officer,” L.A. County Lifeguards Capt. Ken Haskett said.

The attack is under investigation by the Los Angeles Police Department.