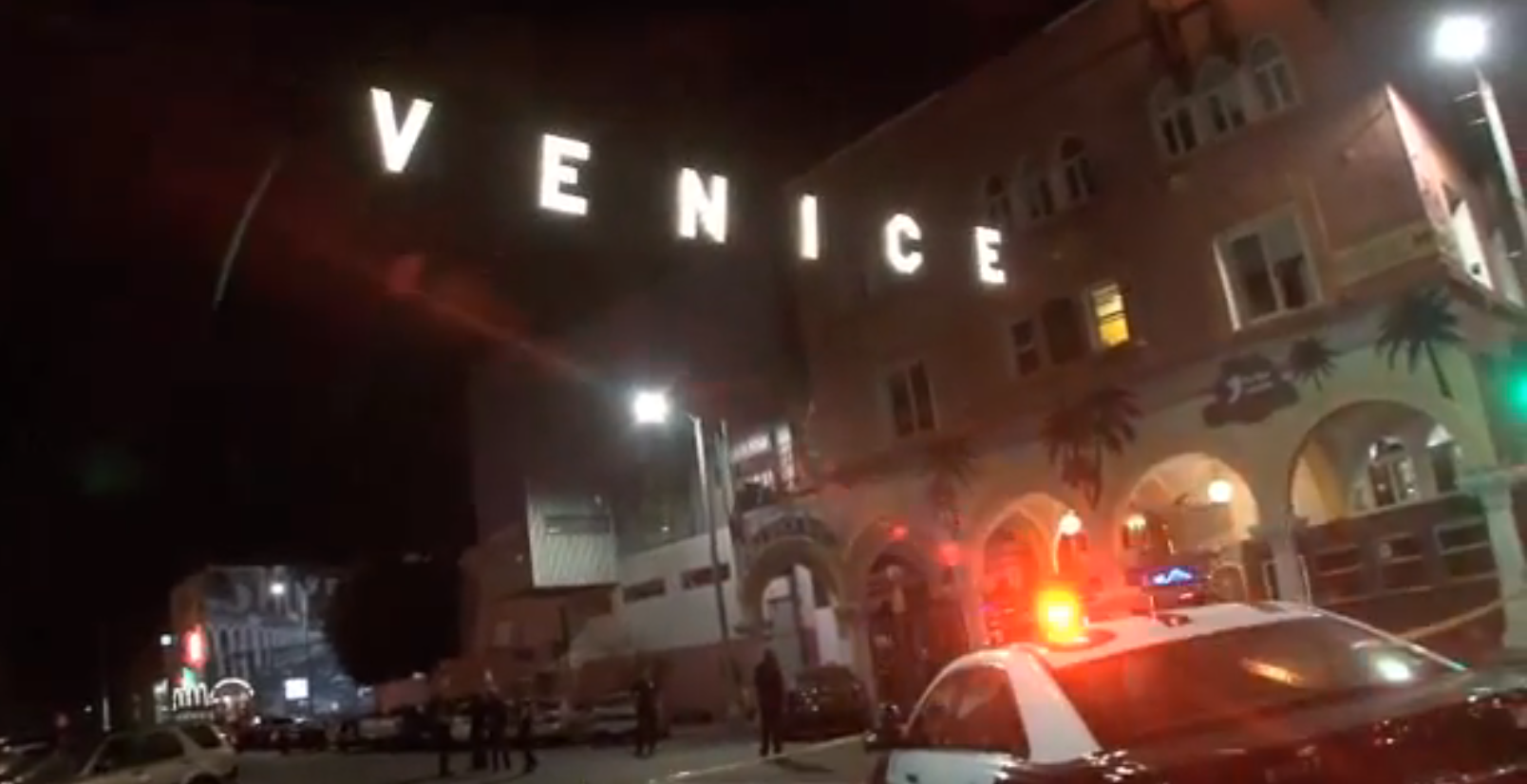 An investigation is continuing into the fatal shooting of a homeless man at Windward Circle overnight. The shooting took place in the 80 block of Windward Avenue near the Venice Boardwalk about 11:30 p.m.  Tuesday, according to LAPD Commander Andrew Smith.

His name was withheld pending family notification, but people in the area who knew him identified the suspect as 29-year-old Brendon Glenn, who moved to the area from New York City but was homeless and had struggled with drugs and alcohol. Glenn had sought shelter and assistance at The Teen Project’s Venice P.A.D. homeless center, according to the center’s Timothy Pardue.

The suspect was taken to a hospital, where he died, said LAPD spokeswoman Liliana Preciado. One of the officers was treated for an injured knee.

It’s unknown whether the deceased man was armed. But LAPD Officer Meghan Aguilar told reporters at the scene, no weapon was found in the area.

Neither of the officers involved was wearing a body camera. Smith said officers are trying to collect surveillance video from cameras in nearby businesses.

On a night of Cinco de Mayo revelry, many witnesses at the scene were drunk, including an Australian tourist who in this video can be heard later off camera saying, “I didn’t see the cops actually shoot him.”