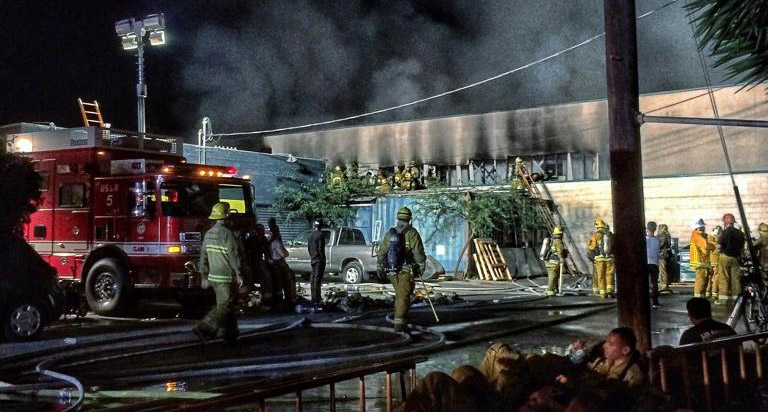 After more than a week of investigation, fire officials and federal authorities have been unable to determine the cause of a fire that heavily damaged a storage facility in Venice, the Los Angeles Fire Department announced Tuesday.

Investigators with the LAFD and Bureau of Alcohol, Tobacco, Firearms and Explosives said the cause of the Oct. 25 blaze at Extra Space Storage, 658 Venice Blvd., is “undetermined.”

Carlos Canino, ATF Special Agent in Charge in Los Angeles, said an “undetermined” finding is made “when the cause cannot be proven to an acceptable level of certainty, which could be due to insufficient information or if multiple causes could not be eliminated.”

“While the scene examination has been completed, the investigation will remain open for purposes of conducting additional interviews, forensic examination of collected evidence and following up of any additional leads as they develop,” he said.

The fire broke out at the two-story facility at 7:37 p.m. Oct. 25. It
took crews more than 14 hours to douse the blaze. Several firefighters were injured while battling the blaze, including one who suffered a back injury and heat blisters, and two who were slightly burned.

More than 50 agents, investigators and experts took part in the probe of the fire’s cause. More than 60 leads were developed and more than 50 interviews were conducted, fire officials said. As part of the scene excavation, investigators and agents sifted through thousands of pounds of fire debris, and forensic mappers digitally reconstructed the impacted areas of the building.

A damage estimate has not been made. People who rented storage units at the facility will need to make their own assessments of their losses, officials said.