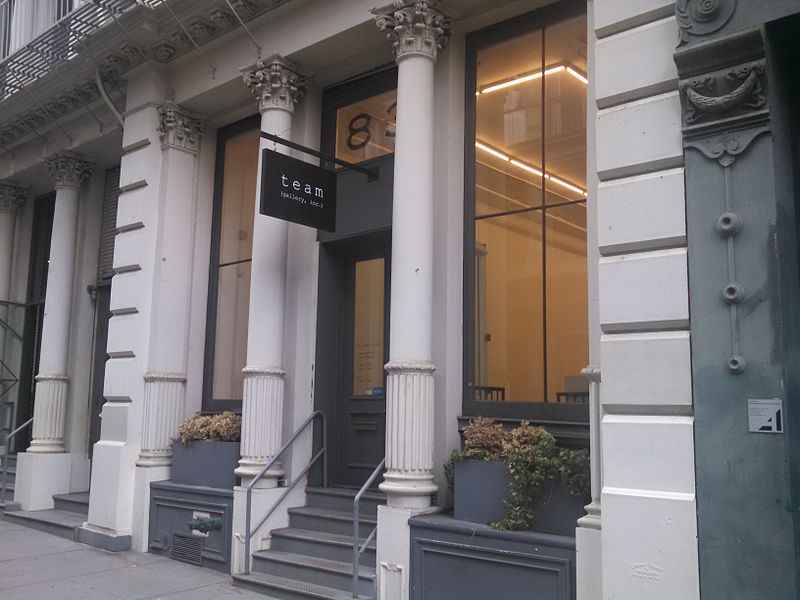 The arts scene in Venice Beach just became a little more crowded, as Team Gallery has opened up shop at 306 Winward Ave. and reportedly named its space “Team Bungalow.”

No formal announcement was ever made by the contemporary art gallery, other than simply adding Team Bungalow’s address and phone number on its website.

True to its name, the new art gallery will, according to Gallerist NY, primarily occupy a bungalow and some garage space.

Team Bungalow now makes Team Gallery a bi-coastal venture. Team Gallery – or “team (gallery, inc.)” as it is written on its website – was exclusively a New York establishment prior to its foray into Venice Beach. It has two addresses in Lower Manhattan’s SoHo neighborhood – 83 Grand and 47 Wooster.

Founded by Jose Freire and Lisa Ruyter in 1996, Team Gallery was originally founded in a basement in New York’s Chelsea neighborhood before reportedly moving to SoHo in 2006. The gallery opened a second space in SoHo in 2011.

Several notable artists have been represented by Team Gallery, including Cory Arcangel, Suzanne McClelland, Andreas Schulze, and Banks Violette, among others.

Over here in Venice Beach, Arcangel will be the first artist featured at Team Bungalow. His works will be on display from Sept. 14 to Nov. 9 in an exhibition entitled “tl;dr.”

(Note: “tl;dr” is short for “too long; didn’t read” as is a phrase generally used in the social media space.)

After Arcangel’s exhibition, Team Bungalow will finish off 2014 with the works of Margaret Lee. Her exhibition will run from Nov. 16 to Jan. 25, 2015.

The website for both Team Gallery and Team Bungalow is at www.teamgal.com.