Silver Suzuki hatchback with older female driver T-bones the grey Honda Civic driven by a male in his 20s. Suzuki then rolls into curb on north side of Vernon Ave. 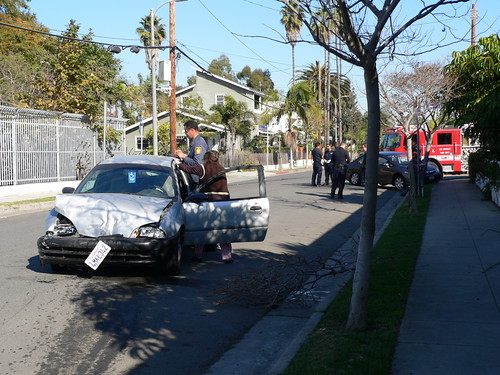 Silver Suzuki then continued to try to drive away from the scene and ended up hitting the parked blue Toyota Prius head on. Woman in the Suzuki was then locked into the front of the Prius and trying to reverse away from it when her engine died. LAPD and LAFD response in less than 5 minutes from initial impact. 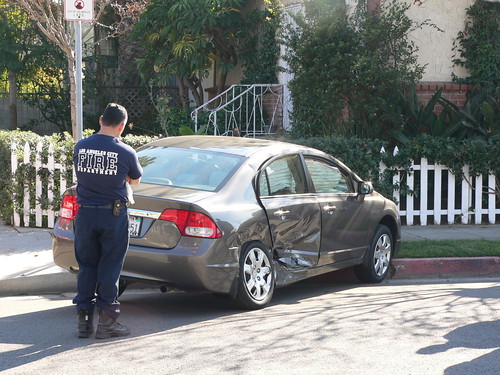 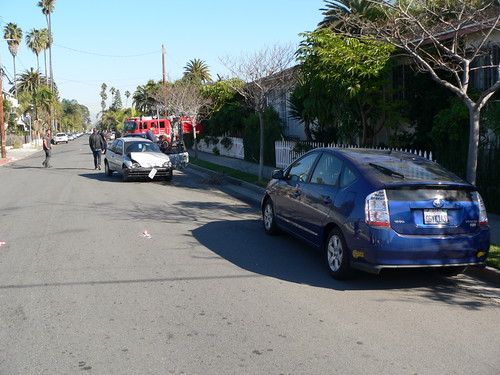 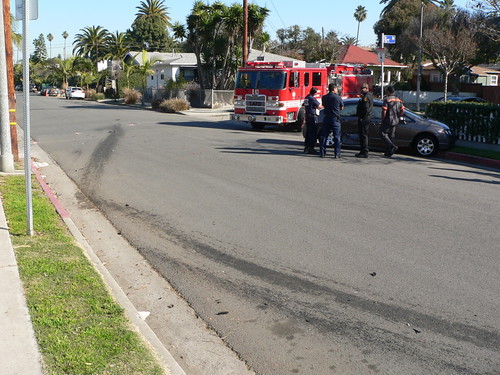 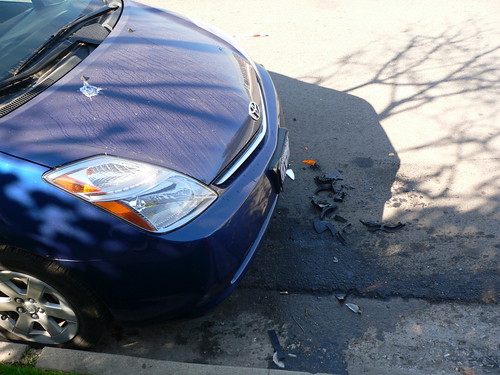 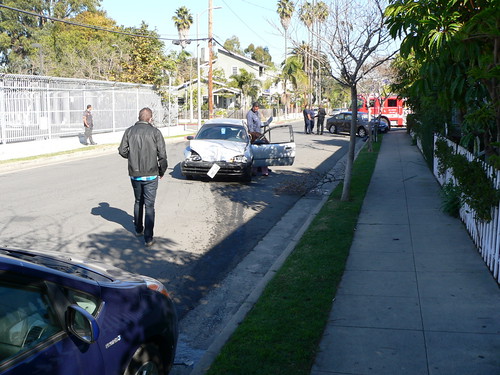