James Van Doren, the creator of the Vans shoe company, died after a long battle with cancer on Oct. 12 at his home in Fullerton, Calif. He was 72. 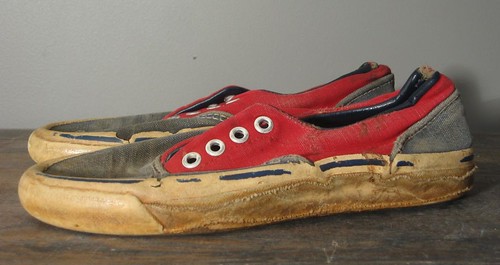 From the New York Times:
With his brother Paul and two others, Mr. Van Doren started the Van Doren Rubber Company in 1966. Based in Anaheim, Calif., it made rubber-soled canvas leisure shoes.

Not long afterward, the company developed an especially high-grip shoe, conceived as a boat shoe, that would hold the wearer firmly to a pitching deck. 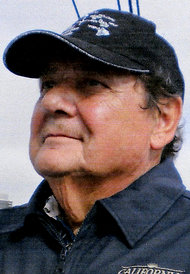 Mr. Van Doren collaborated with a chemist to develop the rubber recipe used in the sole. A mechanical engineer by training, he also devised its characteristic tread pattern: diamonds interrupted by a band of tiny six-pointed stars at the ball of the foot. Together, rubber and tread made the sole clingy.

What the company had not foreseen was that in Southern California, pitching decks were also found on skateboards.

Embraced by West Coast skateboarders in the 1970s and afterward, the shoes helped their wearers avoid the fate of Icarus as they performed aerial moves that put the feet well above the head.

The shoes — and the company — became known in popular parlance simply as Vans.

Then came “Fast Times at Ridgemont High.” A comedy released in 1982, it starred Sean Penn as the resolutely dissolute Jeff Spicoli. On his feet was a pair of checkerboard Vans slip-ons.