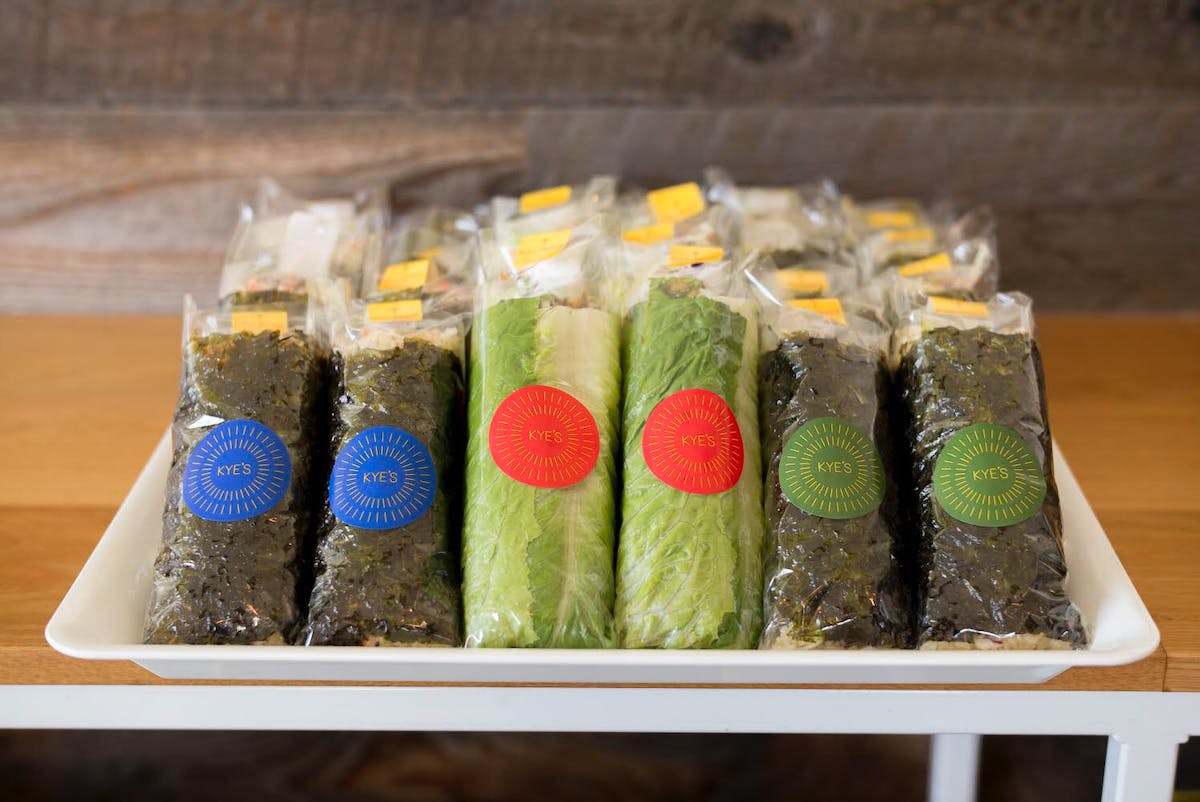 Jeanne Chang is the founder of Kye’s Feel Good Food who created the restaurant because she was inspired by “a mother’s love for her son.” The guiding principle for the restaurant is to care about why and what you eat. According to her bio on the website, Chang, “studied the mind-body connection, health, healing, and meditation for more than 30 years, Jeanne has earned degrees in Molecular Biology, Traditional Chinese Medicine, Spiritual Psychology, and has a background in Ayurveda.”

The restaurant’s specialty is the KyeRito which is described as “It’s the NEW sandwich, without the bread!  A handheld bowl or salad, naturally GLUTEN-FREE, easily VEGAN or PALEO, made from the highest quality ingredients  —  tasty goodness for all!  With its artfully designed packaging and patent pending slip-wrap technique, the KyeRito stays fresh and crisp.” The sandwich is made without bread and the ingredients are instead wrapped in Romaine lettuce. The restaurant also has more traditional soups, salads, smoothies, vegetable drinks and vegan and paleo desserts.