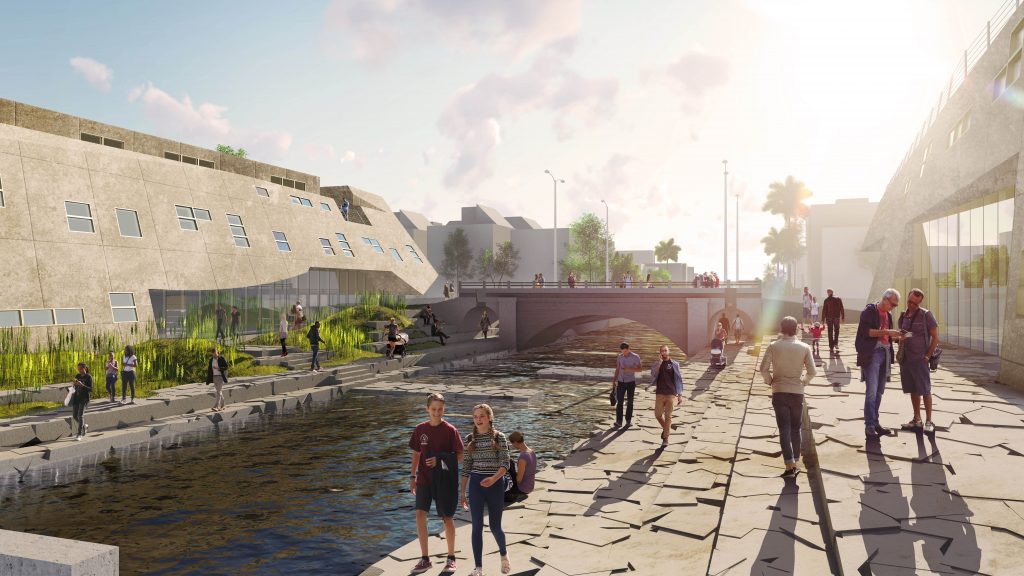 It is sad the lengths outgoing and retiring Councilman Mike Bonin will go to stick his finger in the eye of every Venetian opposed to the “monster on the median” project, formerly known as Reese-Davidson, but now is just a project without a name or support!

Unless you work for the Venice Housing Corporation or are part of the homeless industrial complex as a service provider, there are few if any Venetians that support a project that wants to give away some of the most valuable real estate at the beach for $1 dollar annually in a lease proposal so financially flawed, you wonder how the likes of a Mike Bonin sleeps at night!

Mike Bonin was effectively removed from the political equation because of the lack of support for his policies and proposals on homelessness that did not, and do not work. Now in a last-minute effort to bind Venice and the incoming council member to a project nobody asked for or wants, this stripped-down proposal will hold Venice hostage long after the incumbent is out-of-office and out of our collective lives!

Reading the hand-writing on the wall is not something Mike Bonin does well.

Ignoring the thousands of residents who rejected his bollards at the beach or attempts to destroy public access and throughway in Mar Vista in the form of failed “road diets,” the rejected Bonin now wants to leave a lasting planning imprint on Venice by ramming through a public policy disaster that will construct ghetto-like conditions at the beach, a permanent “book-end” to the conditions he’s intentionally created at Centennial Park just east of the Public Library where transients roam, do drugs freely with no police presence, where prostitution is obvious and evident and a seemingly new gang presence hovers over this illegal encampment as it looms larger by the day!

For Mike Bonin is clear and concise, creating a “slum-by-the-sea” is the final chapter in this socialist manifesto of contempt for the neighborhood of Venice!

By ignoring PLUM, this fast-tracked proposition by Bonin and his comrades is obvious, Venice does not matter and he will prevail in ramming this project down the collective throats of a neighborhood he despises!

For Mike Bonin truly hates Venice and this now his political swan song!

Of the eight candidate seeking to replace the disgraced incumbent, two are in his camp in the form of Erin Darling, his hand-picked puppet to replace him and City Hall Insider Greg Good, the former Garcetti “fixer” and staffer, who’s own campaign is now stuck in the mud because he too has been exposed as an extension of Bonin’s failed ways!

For a project that has had varying names and descriptions, the hard reality is that Venice hates it no matter what you call it!

How does one justify a $1.2 million per unit price tag on a property worth upwards to $75-$100 million depending on actual usage?

Who thinks giving away million dollar units to crackheads and meth heads as progress?

Who believes a $25 million-dollar parking structure is appropriate for placement when in reality that cost overruns alone could double the price-tag if this project ever sees the light of day?

For the correct course of action is to let the public truly weigh-in, and that means whoever wins the June 7th Primary to replace Bonin in their capacity as “councilmember-elect,” or at least the two candidates last standing be able to offer their opinions on a project that would be built on their watch!

Is this no different by Bonin when Donald Trump rammed down the throats of Americans a Supreme Court nominee that should have been selected after the election in the fall of 2020?

For the Machiavellian Bonin is really no different in style or substance than “The Donald” himself, prostitute and pimp the system for his own agenda!

For the out-of-state transients and criminals are certainly cheering at Centennial Park, as their hero Mike Bonin places one last knife in the back of Venetians who have gone without any actual representation on the city council for years, and Bonin is about the embedded special interests and let the common good be damned!

But thanks to Mike Bonin, six of the eight challengers for this open seat believe this monster on the median must be stopped and oppose it like candidate Mike Newhouse, a Harrison Avenue resident and former LA Zoning official and expert in land use issues once again reiterated his opposition on Social media this weekend.

Calling the project dead on arrival should he win this open seat race, Newhouse has concentrated his efforts on his 30-day proposal to end these encampments such as Centennial Park and beyond!

For Newhouse has been clear and concise about ending the encampments on the street while some others “bob and weave” the only real issue in the race!

For what Mike Bonin has done is solidify support against this misguided squandering of tax dollars by six of the hopefuls, all from different political places like Republican Mat Smith, a US Army combat veteran and LAUSD school teacher Soni Lloyd, who both despite being political opposites can both agree Mike Bonin’s median project is bad news for Venice.

For the revisions in this Council file scheduled for May 26th is nothing but a “sweet heart” lease giveaway program not for the Venice homeless, but to bring even more out-of-state transients to a place where everything is seemingly free for those who don’t work, do not contribute and are a burden to hard-working Venetians who just want to take back their streets, parks and parcels from the likes of Mike Bonin and his homeless allies who’s only goal is to continue to keep Venice burdened with a problem Bonin created as this containment zone for the Westside as we continue to host 50% of all homeless individuals in CD-11!

How is this responsible or right?

With six months to go on his near decade in office, when will the movers come to his offices and start the house-cleaning?

Time to step aside Mike, the damage has certainly been done.

Nick Antonicello is a long-time Venetian who covers issues of homelessness and how they impact the Venice community. A member of the Oceanfront Walk and Outreach Committees of the Venice Neighborhood Council, he can be reached online via e-mail at nantoni@mindspring.com

Do you have an opinion article you would like published? Email Sam Catanzaro, Mirror Media Group Executive Editor at sam@mirrormediagroupla.com for more information.

By Nick Antonicello May 25, 2022
in Opinion
Related Posts