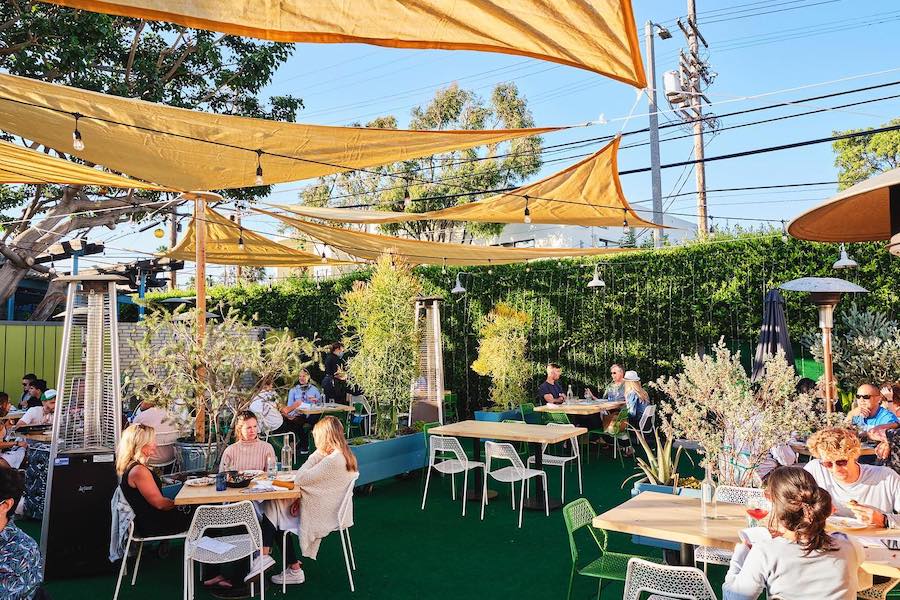 As the Venice Neighborhood Council asks lawmakers to allow outdoor dining, a 42-year-old Venice restaurant has temporarily closed saying “draconian measures…have made it infeasible us to continue”.

At the Tuesday, December 15 Venice Neighborhood Council (VNC) meeting, the board passed a resolution that argued since Los Angeles County has allowed outdoor in-person dining on film sets it should set the same standards for restaurants.

“The COVID-19 pandemic has crippled the restaurant industry and threatens to put many restaurateurs out of business…the recent ban on outside dining will push even more restaurants into insolvency…tens of thousands of jobs in the restaurant industry have been lost to date and many thousands more will be lost due to the ban on outside dining,” reads the resolution. “[The] Venice Neighborhood Council calls upon the city of Los Angeles to call upon the county Department of Public Health to immediately quantify the protocols under which film companies have been allowed to provide outside dining to their crews on film sets and to allow all restaurants in Los Angeles County to re-open outside dining under the same protocols.”

The motion passed nearly unanimously with one vote of absence.

At the meeting, owner of The Rose–formally known as The Rose Cafe –Jason Neroni spoke about how due to the most recent round of closures he was forced to layoff the remainder of his staff. In a recent Instagram post, the restaurant took aim at local lawmakers.

“The current state of draconian measures imposed on restaurants by the City of Los Angeles, Mayor Eric Garcetti and Governor Gavin Newsom have made it infeasible for us to continue to operate during these trying times. With that in mind, we have made the decision to take a hiatus for the next few weeks to spend some time with our families and get some much-needed rest after the year we have had,” reads the post. “We will be polishing up The Rose for our returns in 2021 when we hope to be free to host you as we always have for over 42 years.”

The Los Angeles County Department of Public Health on November 25, citing increasing COVID-19 cases and hospitalizations. The county Board of Supervisors debated the issue on Nov. 24, but voted 3-2 to support the ban, arguing that restaurant patrons spend extended periods of time in close proximity and without wearing masks.

Under Los Angeles County rules–in effect until December 17–restaurants, breweries and wineries may only offer food and beverage via take-out, drive-thru or delivery. In addition, Gov. Gavin Newson has ordered restaurants to suspend indoor and outdoor dining through the holiday season in regions across the state including Los Angeles.

Last week, a county judge ruled that LA County health officials acted “arbitrarily” and without a sufficient “risk-benefit” analysis when they banned outdoor dining. However, the ruling does not change the status of restaurants due to Newsom’s overriding order.

As of Wednesday, the county has confirmed 138 new deaths and 22,422 new cases of COVID-19. The number of new cases reported Wednesday included a backlog of over 7,000 test results received from one large lab, but the adjusted figure still represents the highest single-day total. According to the county, there are 4,656 people with COVID-19 currently hospitalized and 21 percent of these people are in the ICU.

“Hospital available capacity is decreasing to alarming levels and healthcare workers are pushed to the limits,” the county said.