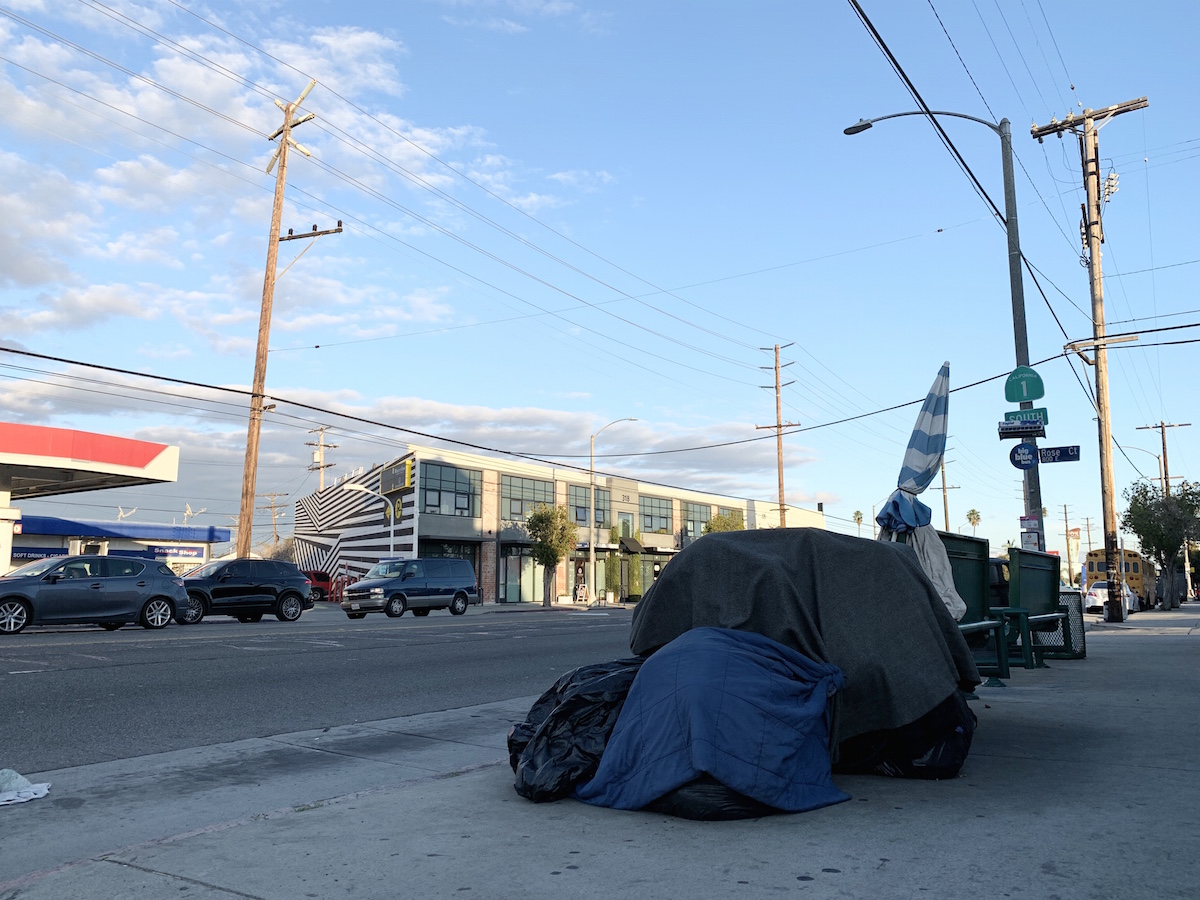 Two people filmed having sex near a Venice homeless encampment has led to a witness allegation of a potential rape occurring.

Fox 11 Los Angeles has reported that video footage appears to show that a passed out homeless woman was raped by a homeless man on a sidewalk in Venice.

A woman interviewed by Fox 11 told the station that she was at a store near Lincoln Boulevard and Rose Avenue Friday evening when she noticed an inebriated looking woman laying on the ground outside the store.

“I looked over an obviously she was pretty drunk,” the witness told Fox, adding that she then saw a man running towards the woman from a nearby homeless encampment. “He basically ran over to her, pulled down his pants, laid down next to her and started pulling down her pants and kind of covering them and having sex with her.”

The witness told Fox that she initially thought the sex was consensual because the woman did not resist but then when the witness approached the scene she noticed the woman was in her vomit with her eyes closed.

“I definitely witnessed a rape,” the victim told Fox 11. “She was in her vomit, with her eyes closed like passed out. He was having sex with her like an animal. To me, it was absolutely rape.”

The witness then says a second man came running across the street, chased the first man away and started hitting and berating the woman.

The owner of the business the witness was at then called the police department to report the incident.

According to the Los Angeles Police Department (LAPD), Pacific Division officers received a radio call at 6:24 p.m. of an assault with a deadly weapon that had just occurred at the 300 block of Lincoln Boulevard, the area in which the incident occurred.

Police say the suspect, a male Hispanic, assaulted the victim with a glass bottle. Officers took a police report for an assault with a deadly weapon and the suspect was gone on arrival. Police say they cannot confirm the battery suspect is the second male who berated and hit the woman.

“We are conducting an investigation into whether the victim was assaulted with a glass bottle by a second man whom we believe may be in a dating relationship with the victim,” said Luis Jurado, a detective at the Pacific Division.

According to the LAPD, during the investigation of the battery, the witness who filmed the incident came forward to say the woman was sexually assaulted.

“During the investigation of the battery is when the witness came forward and said she [the victim] was sexually assaulted,” said an officer with the LAPD Media Relations division.

The LAPD says the woman was transported to a local hospital for medical treatment where officers brought up the possible rape.

“At the hospital when they brought up the potential sexual assault she said that it did not occur and that she did not want to file a police report,” the LAPD said.

This story is still developing and will be updated as more details become available.