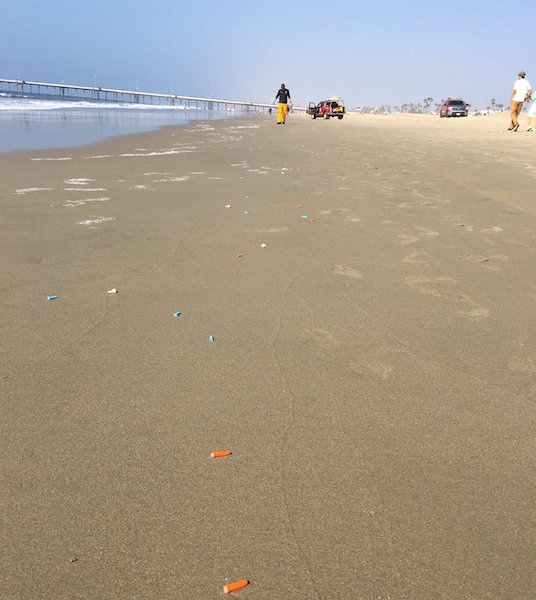 According to the Los Angeles County Fire Department, Lifeguard Division at around 11:30 a.m. on Sunday, November 10, lifeguards observed a large amount of medical supplies along the shoreline south of the Venice Beach Pier and cordoned off the area for several hours. The materials were reported to have included over 100 hypodermic needles and lancets, tools used to prick the skin for collecting blood samples. There have been no reported injuries related to medical supplies.

The source of the needles and medical supplies is not currently known as the incident remains under investigation.

The incident has some Venice Beach residents surprised and worried

“I’ve never seen anything like that before,” Mike Bonasede, a Venice resident, told NBC 4. “I’ve seen single needles here and there, probably from people on land. But my guess is somebody probably dumped that stuff, the way it was washed up there.”

“It’s obviously very disturbing, you know. Hopefully, someone can figure out where it came from so it never happens again,” added Michael Gaspark, another Venice resident.

LA County Lifeguards in a tweet said that authorities will continue to patrol the area by land and sea to monitor for any further materials but at the time of publishing have not responded with further information regarding the source of the needles.