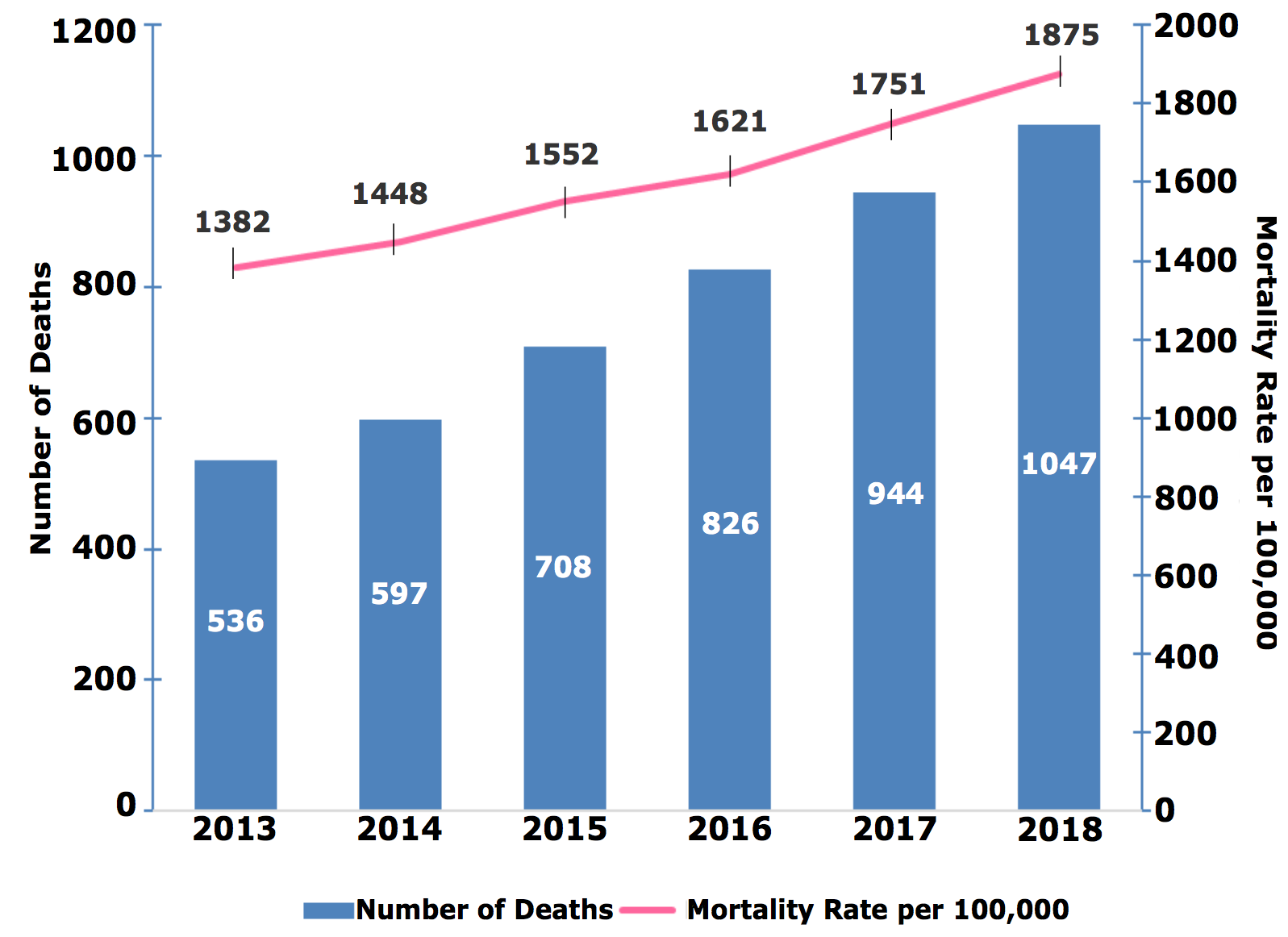 Over the past five years, the number of individuals experiencing homelessness countywide who have died has doubled according to a report released this week by the Los Angeles County Department of Public Health (Public Health), an increase that is occurring on the Westside as well.

The report, released on Tuesday, October 29 shows that the number of deaths from 2013 and 2018 increased by 536 to 1,047. In addition, the death rate increased by over one-third, accounting for the increase in the homeless population.

“This alarming increase in homeless deaths requires immediate action to improve the care for our most vulnerable populations,” said Barbara Ferrer, PhD, MPH, MEd, Director of Public Health. “As we work hard to secure housing for those experiencing homelessness, we have a civic and moral obligation to prevent unnecessary suffering and death. We need to start this work by speaking directly with those experiencing homelessness to better understand how to align our support.”

According to Public Health, drug and alcohol overdose was the largest contributor to the overall increase in the homeless death rate. From 2016 to 2018, the overdose death rate was 26 times higher among the homeless than among the general population. Other leading causes of homeless deaths included heart disease, traffic injuries, homicide and suicide.

The report also suggests that County establish a “homeless death review team” to further understand the contributing factors of homeless deaths to prevent them in the future.

This increase in death rates among the homeless population is not just regional. The Westside Coalition, a coalition of nonprofits, public agencies and faith communities working to address homelessness carries out an annual memorial service for individuals experiencing homelessness who have died on the Westside while receiving services from local organizations. The 2019 service, which was held last Sunday at Reed Park in Santa Monica, honored 112 individuals compared to  27 in 2018.