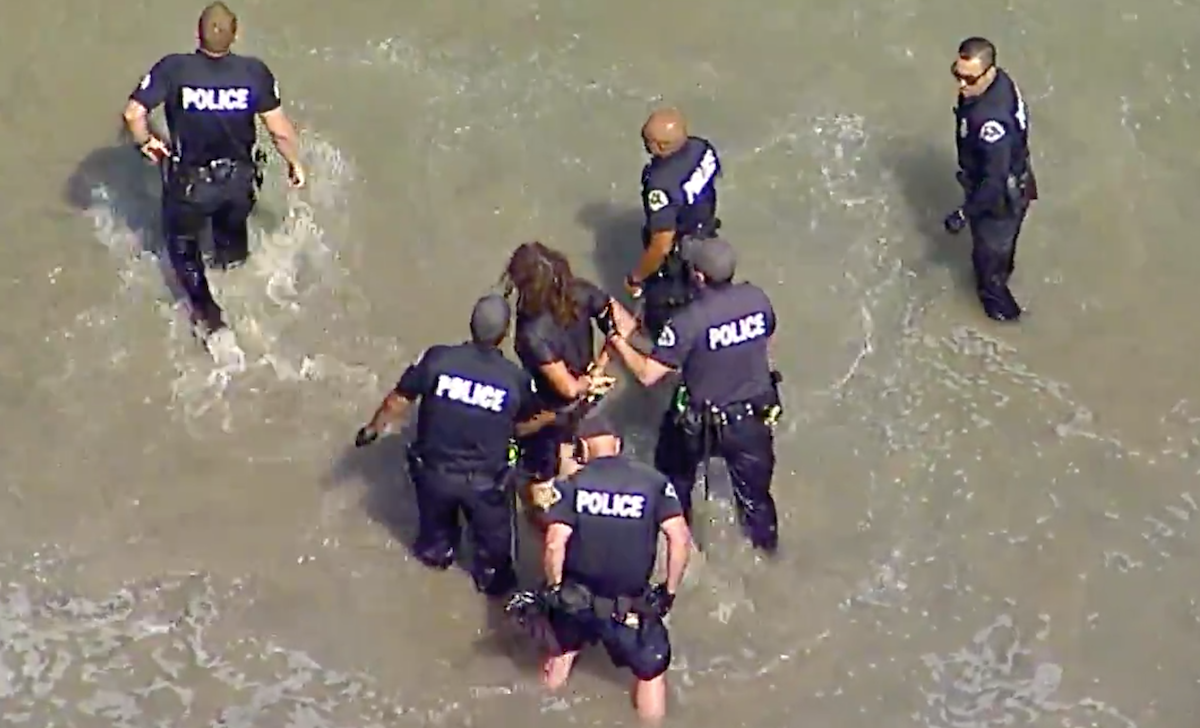 A burglary suspect led police on a lengthy on-foot chase along the beach that started in Venice and ended near the Santa Monica Pier Tuesday afternoon.

Los Angeles Police Department (LAPD) officers attempted to detain the suspect around 1:50 p.m. near Paloma Avenue and Ocean Front Walk in Venice Beach. The man then ran away and began wading in shallow water north towards Santa Monica at the edge of the beach, says the LAPD.

Officers ran after him on the sand with a police helicopter above and into the ocean near the Santa Monica Pier, where he was arrested around 2:30 p.m. and taken into custody. A Los Angeles Fire Department (LAFD) Lifeguard Baywatch boat was also following the pursuit from the water.

At least once the officers ran toward him, causing the man to run into deeper water.

The suspect’s identity and details of the alleged burglary have not been released yet.