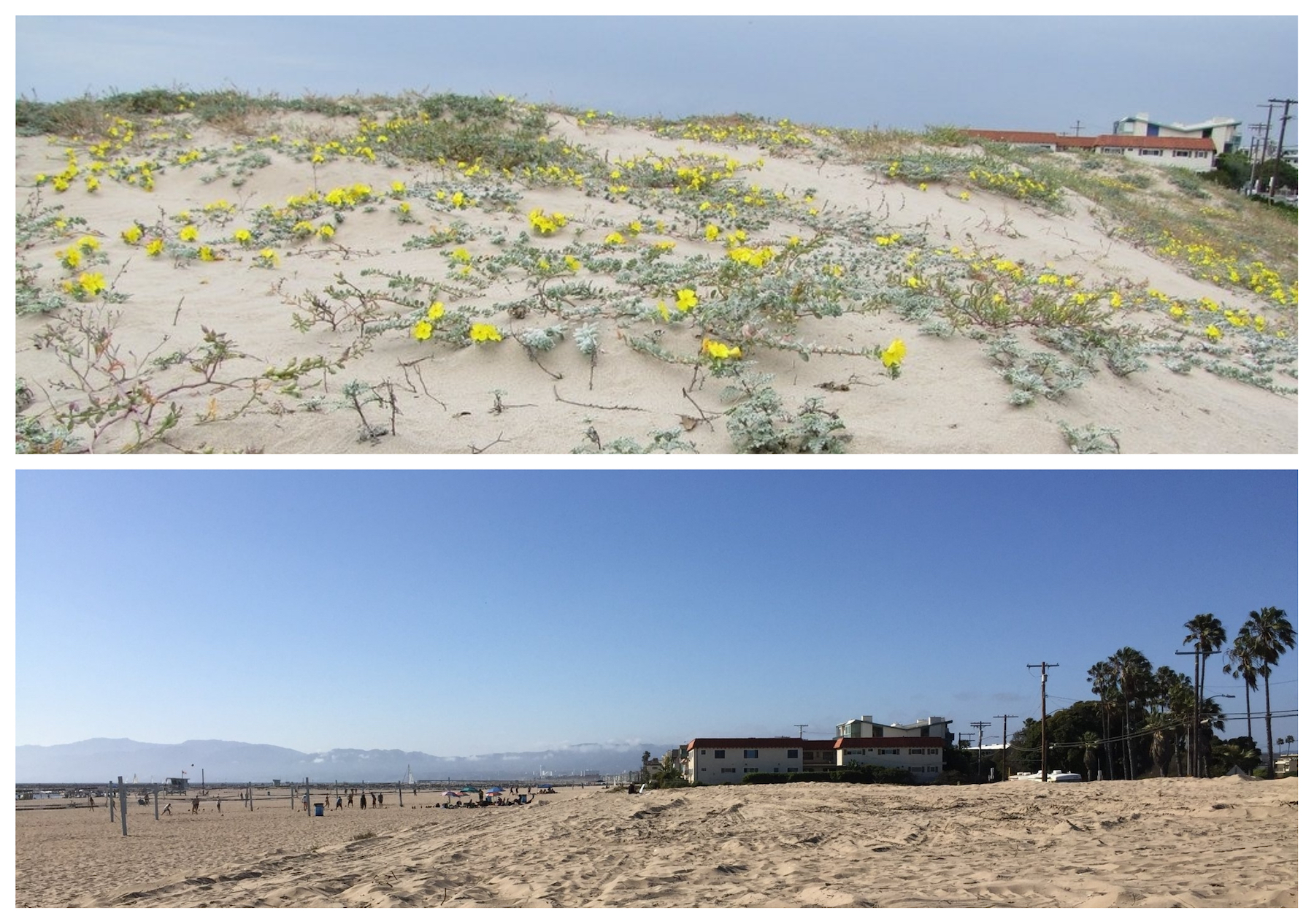 “My staff has since confirmed that unpermitted development occurred on your property and that heavy construction equipment, including frontloaders and a bulldozer, were used to break the dunes located on your property apart and grade the dunes flat, and in doing so, removed sensitive dune habitat, which is considered an environmentally sensitive habitat area,” reads a cease and desist letter from the CCC to developer Legado Companies. “This is a very serious violation of the Coastal Act.”

Local residents contacted the councilmember’s office after noticing the developer using heavy machinery on the ecologically sensitive Playa del Rey dunes at Toes Beach. According to Bonin, his staff and residents on two occasions ordered crews to cease the clearing.

Bonin says that the property owner, Legado Companies, was instructed to take down some rusty fencing surrounding the property, but does not believe permission was granted to grade the dunes.

CCC says their staff was alerted to the unpermitted development over the weekend of August 10-11 through news outlets, posts from City of Los Angeles Councilmember Bonin’s office and by members of the public.

“There are very few natural dunes left in L.A. We are outraged to see the destruction of this rare habitat in Playa del Rey. If we don’t act now to restore and protect the Playa del Rey dunes, we are leaving our coastline defenseless,” said local non-profit environmental group Heal the Bay. “Often times, urban development is built right up against the water’s edge, with little room for wide stretches of hilly sand that anchor wildlife and act as natural buffers against the impacts of climate change. The leveling of the Playa del Rey dunes means our coast is even more vulnerable to erosion, sea-level rise and invasive species.”

In addition to citing Legado Companies for unpermitted grading and removal of major vegetation, which had the effect of impacting an Environmentally Sensitive Habitat Area, the CCC also cited the company for the undertaking of activities that blocked or impacted public access.

The CCC penalties imposed may be in an amount up to $11,250, for each violation, for each day each infraction has persisted or is persisting, for up to five years under Section 30821 of the California Coastal Act. In addition, the CCC said 30 day time period to correct a violation that is allowed under the statute does not apply in this case.

In a statement to CBS LA, an attorney for Legado Companies disputed that any grading took place.

“The removal of the fencing and posts was ordered by the city pursuant to an Order to Comply because the fencing was rusty and dangerous to the public. Our client has no choice. No grading was done and no sand removed offsite,” reads the statement.

While Legado Companies has announced no plans to develop the area, they are currently embroiled in a lawsuit with the city over an undeveloped triangular parcel land between Culver and Vista Del Mar at 138 Culver Boulevard that the company wants to build a mixed-use project on that critics say would be out of character with the neighborhood.