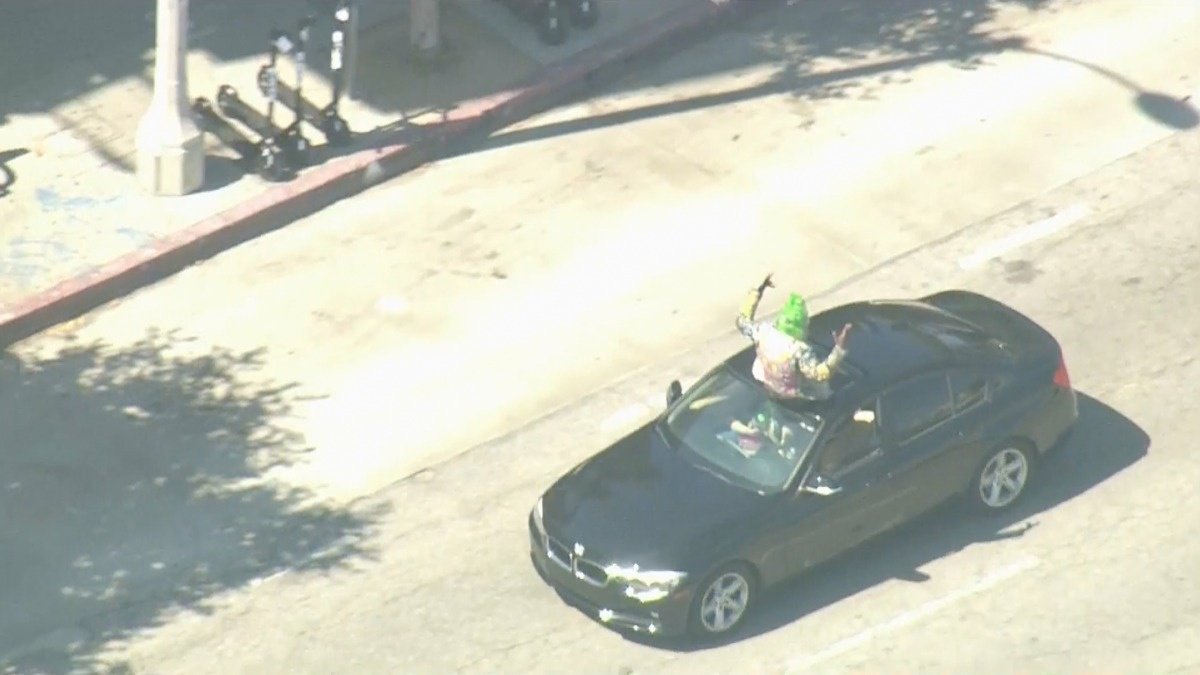 Damik A. Disdier charged for police chase that ended on Venice Beach

A man has been charged after he allegedly led police on a pursuit while wearing a Joker mask and waving a chainsaw.

Disdier pleaded not guilty to the charge July 24 and is scheduled to return on Aug. 6 in Department 31 of the Los Angeles County Superior Court, Airport Branch.

On July 20, the costumed defendant led police on a pursuit that began in Westminster and finished in Venice when he abandoned his vehicle and walked among beach goers, prosecutors said. During the pursuit, Disdier displayed a prop chainsaw and was wearing a mask while seen standing out of the sunroof of his car.

If convicted as charged, the defendant faces a possible maximum sentence of three years in state prison. Bail is set at $75,000.