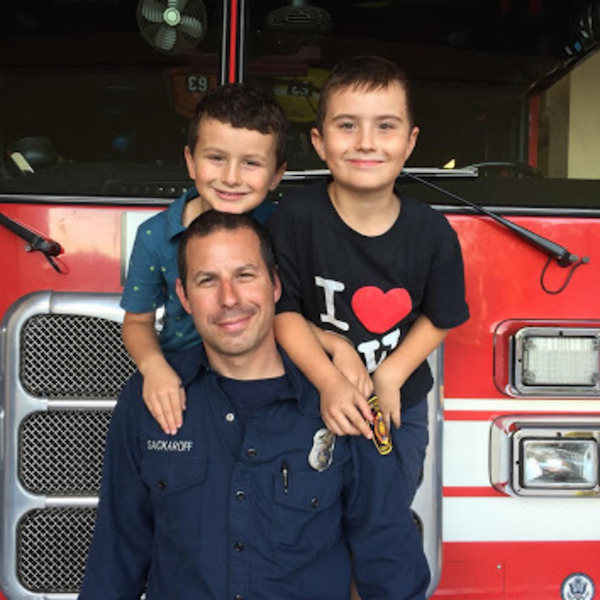 Accustomed to helping others, Roger Sackaroff is now reaching out to the public for help.

A firefighter and paramedic for Los Angeles Fire Department Fire Station 63 in Venice Beach, Sackaroff is in search of a compatible blood stem cell donor for his seven-year-old son, Jesse Sackaroff. Jesse was diagnosed with aplastic anemia, a rare and life-threatening blood disorder that occurs in only one to two people out of a million per year. According to St. Jude Children’s Research Hospital, overall five- year survival rate for patients younger than 20 years old with a stem cell/ bone marrow transplant is 80 percent.

No matches for a donor have been found within Sackaroff’s family. He is hoping to potentially expand the donor pool by encouraging the firefighting community and anyone else willing to help to join the Be the Match Registry. Anyone interested in registering can request a swab kit by visiting https://join.bethematch.org/curejesse or texting “CUREJESSE” to 61474.

After a receiving a registration kit from the website, potential donors are instructed to swab their cheek and send the sample back to the registry. They’ll only be contacted if they match a patient in the registry. According to Sackaroff, “If you help, most of the time it would be a simple blood donation. Otherwise a minor procedure to withdraw some marrow.” Sackaroff continued, “In either case after a few days you have zero effects, like it never happened. But the person who receives your donation would literally be cured. You would be the difference between life and death.”

By Yo Venice Staff July 11, 2019
in Westside Wellness
Related Posts