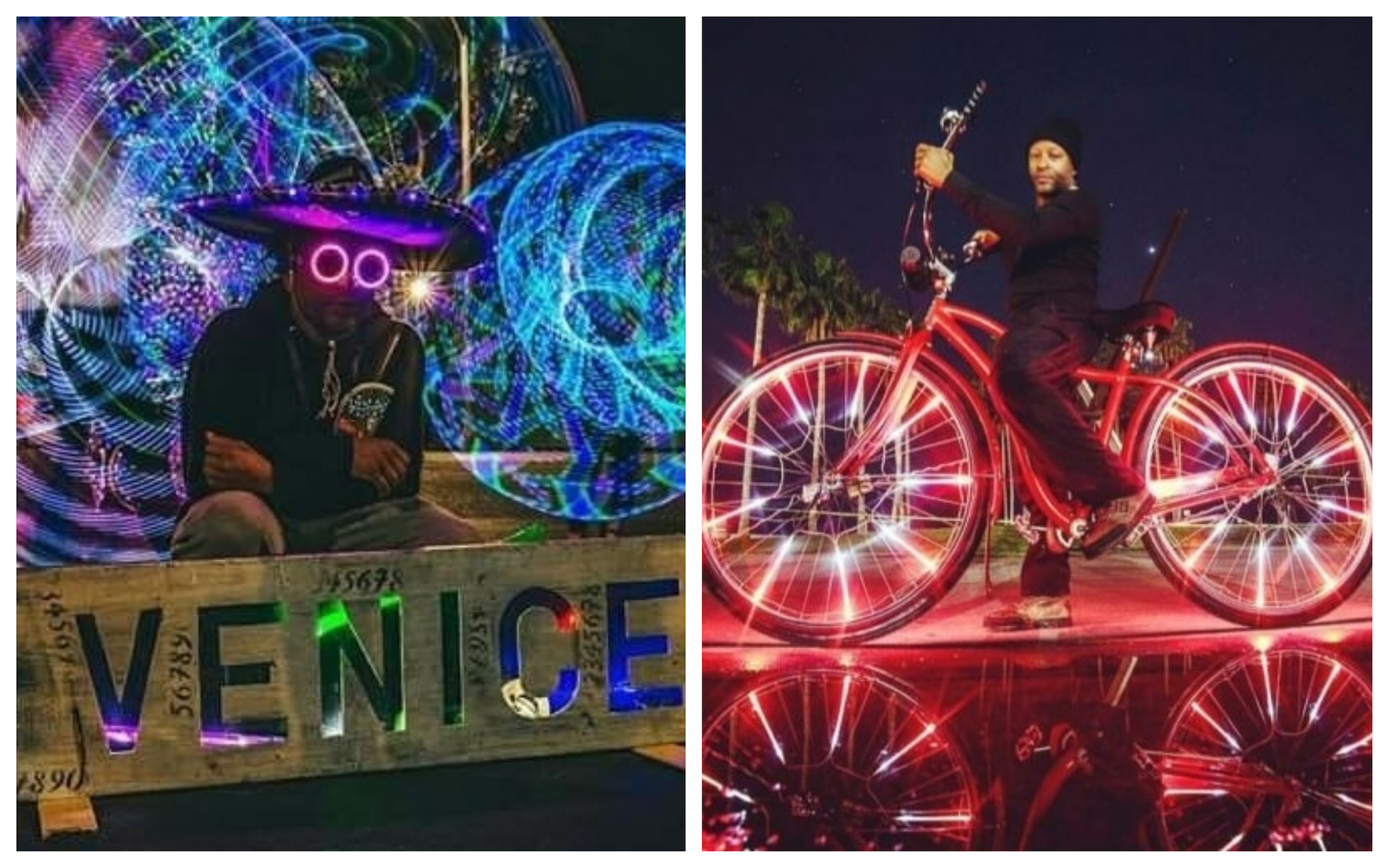 Get on your bikes and ride! The Venice Electric Light Parade, founded by Kansas City native Marcus Gladney, is a weekly community event that cultivates community through biking and encourages bike safety. The parade begins at 4:15 pm every Sunday at Windward Plaza on the Boardwalk. With safety lights and wheel lights in tow, bikers from every walk of life can pedal the night away throughout the streets of Venice.

According to Gladney, “There’s bikes, lights, music and lots of love.  I started doing the parade in November of 2015, after meeting Sebastian the ‘Light Man’ of Venice. I witnessed him selling his LED bike wheel lights to everyone from celebrities to locals, and that’s when I got the idea to organize an event to showcase the lights and to promote bike safety for bicyclists at night.”

Clad in colorful costumes with lights galore, Gladney is hard to miss as he rides up to Santa Monica Boulevard and down Abbot Kinney Boulevard. What began with three people in 2015 has grown to include nearly 200 people nearly four years later. Gladney explained, “People come from everywhere to join the Parade because it is based on safe cycling at night and community. I hope that they leave with a better sense of love and respect for everyone no matter how displaced they may be at this moment in time.”

To learn more about the family-friendly event, visit: www.facebook.com/pg/VeniceElectricLightParade/

By Yo Venice Staff June 1, 2019
in Westside Wellness
Related Posts