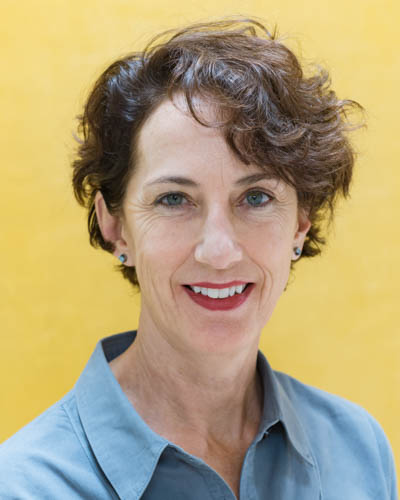 The cool thing about living in Venice is that you are exposed to a wide range of creative individuals. The other morning while surfing, a friend and I were having this conversation, and he shared with me that pretty much everyone in his building is creative in their own right and doing what’s needed to make a living as an artist.

Recently, I was introduced to Dale Dunn, (a playwright and former Venetian now living in Santa Fe, New Mexico) by her brother-in-law, Robert Schwan who I know from Gjelina Restaurant. Robert is also the founder and owner of Prize Fight Records in Venice. Recently, he told me of a play Dale wrote titled The Big Heartless and thought I might like to read it, and possibly, mount a production of it in Venice. I read it, loved it and agreed that Dale’s play (and her voice) needs to be heard!

I’m happy to announce that on May 4 at 7 p.m., we are having a free reading of The Big Heartless at the Electric Lodge. And, I’m thrilled to have the opportunity to bring such an exciting new play to Los Angeles and that her play will be read with actors from RAW acting studio.  Earlier this week, I had a chance to interview Dale.

Dale Dunn: Need.  I hear these voices in my head.  Not the scary ‘devil told me to do it’ ones.  The character ones.  They start talking and won’t shut up until I write them out.  When there’s silence, after a long bit of writing, I know I’m done with that play, because everyone has had their say, and they leave me alone.

Where did the idea to write The Big Heartless come from?

I had a couple of powerful encounters on road trips.  The first one happened when I was driving in New Mexico.  Suddenly there were two wolves ahead, running straight at me – right on the highway.  I don’t know why I didn’t hit them.  I was with a girlfriend, so I have a witness.  We looked it up when we got home.  They were Mexican Grey Wolves.  They looked just like the ones online.  I also looked up what it means when you have an encounter like that (I am from Santa Fe, after all) – the website spoke of feeling betrayed and looking for your pack.  I was both of those things.  This experience is in the play as a monologue.

And a few months later, I came upon an abandoned reform school out in the middle of nowhere on a trip through Montana:  Brick walls, overgrown with weeds, barbed wire sticking out, the whole nine yards.   I took a lot of pictures.  When I got back home, I started investigating these tough-love programs for teens – secretive, abusive institutions that operate without any oversight.  Kids are shipped off to these places because they’re trouble at home, and that’s where the trouble really begins.  I created two characters out of all of the stories I read, and they became Cliff and Monsoon, the propellants for the play.

Where do you hail from?

I’m born and raised in New Mexico.  I lived in New York and Venice and Key West for a time.  About 15 years ago I returned to my roots and now live in the foothills of the Sangre de Cristo Mountains.

You left Venice for Santa Fe, New Mexico, why?

I left Venice and spent about five years in Key West before settling in New Mexico.  My husband is a writer and a photographer, and an avid fly-fisherman.  After he sold his fundraising company that was headquartered in Venice, we headed to the island to try out living the life of Hemingway.  We lasted about five years before we realized our souls might get pickled there and our kids maybe needed a decent education and to be around family.  Santa Fe is a great place to raise kids. Key West, not so much.

As of this moment, who are you in the world?

I’m a writer and a co-artistic director of a small theater company, Just Say It Theater in Santa Fe, NM.  I’m the mom of two beautiful daughters.  I’m a partner and friend to my husband, a sister to my sisters and brothers and, hopefully, an engaged citizen working towards change.

And, what do you want back from the world?

A conversation about where we go from here.  There’s got to be another way to do this.

Describe your life as an artist?

Let’s talk a bit about Venice, what did you like about living on the Westside of Los Angeles back in the day?

I lived in Venice in the late ’80s.  I moved there from New York because my sister Barbara was there.  I had gone to school and lived and worked in NYC for many years and was ready for a change of place, a breath of fresh air, a way out of a bad relationship.  Venice was all that – loved my bike rides along the beach path in the mornings before going to my job at Rizzoli Publications in Beverly Hills – fun gig interviewing upcoming stars and artists for Max Magazine, and running interference for my Italian boss who didn’t like to talk to people – so I got to do all the one on one interviews with Sharon Stone, Dennis Hopper, Meg Ryan, Paula Abdul, Jane Fonda… it was great fun.  Until it wasn’t.  And I no longer gave a shit about what these people ate for breakfast anymore.  I had met my husband by this time, and he was ready to leave LA, too.  So, we both quit and moved to Key West.  That was fun for a while.  Until it wasn’t.

Anything that you disliked about Venice, then or now?

I’ve always loved Venice.  It was a bit more down at the heels when I was there.  We used to call Abbot Kinney Boulevard the Street of Broken Dreams because so many people would open up shops, only to close a few months later.  Hard to believe that now when you walk down the street, there’s no place to park and all the restaurants are full of beautiful people.  I never did like how everyone always talked about their cars. I’m not that interested in what kind of car you drive.

What advice would you give to the person who is considering becoming a playwright or screenwriter?

I have no advice except to listen to those voices.  If they’re shouting, you may want to write it down.  Whispers, too.  Those have to be listened to as well.

What advice would you give if they are starting later in life?

Doesn’t really make a difference when you start or how old you are.  Playwrights aren’t expected to be young and beautiful.  Or maybe they are, and I just don’t know it.

What role does authenticity play in your life?

It’s kind of a big deal.

How do you define intimacy?

The sharing of your true self.  Or your true elf.

What have you learned about yourself as a playwright?

Trust your instincts.  Trust your voice.  Tell the truth.  You know when you’re not.

And lastly, how would you define ‘being in the moment’?

Looking people in the eye and acknowledging that we are all in this together.

Complimentary tickets for The Big Heartless are available on Eventbrite.

Guy Camilleri is a Venice-based actor, acting-life coach, and poet. His classes on Tuesday and Wednesday evenings at the Electric Lodge, in Venice are packed with actors, writers, directors and creative people from all walks of life.

His private coaching specializes in building undeniable characters for film, television, stage, auditions, self-taped auditions, original material, solo shows, reels and self-expression in any field of interest. To register and/or audit a class or to book a coaching session, visit www.rawactingstudio.com. Follow Guy on Instagram and Facebook.

By Yo Venice Staff April 29, 2019
in Westside Wellness
Related Posts