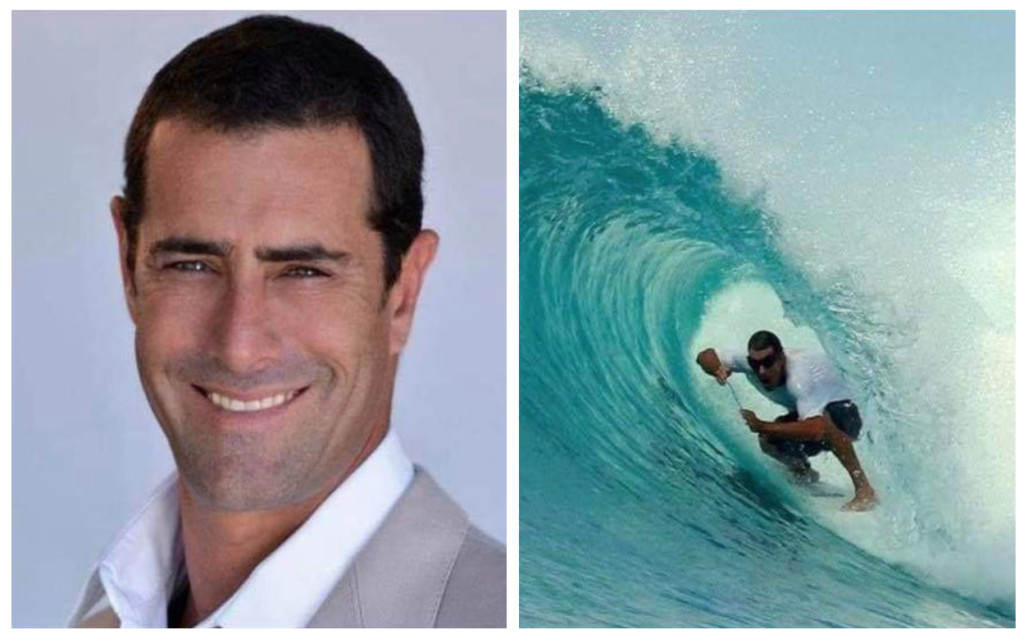 Damon Michael Geller and the dangers of sudden cardiac arrest while in water.

The evening of the tragedy, Damon and his brother Michael were enjoying a night surfing session at Topanga beach in Pacific Palisades under a nearly full moon. The two had become separated before Damon was found face down in the water by his brother, who attempted to perform CPR on Damon, but was pronounced dead on the scene.

“Damon was found by his brother Michael, after he had just taken a wave and was only 20 yards or so away, clinging to his board, but with his face in the water as if he had felt the attack and was locked on to the board. He was likely gone already at that point, as he was not breathing at that time,” said Damon’s father, Mark Geller.

Damon’s services were attended by over 500 people at the Kehillah Israel in Pacific Palisades and over 200 people participated in a paddle out at Will Rogers State Beach.

“Our family is three generations now in the Palisades, and the outpouring was unbelievable,” Mark said.

The death of Damon shook the Palisades and the Southern California surfing community and while Damon’s death remains grave moment for friends, families and surfers alike, the autopsy released March 20 by the Los Angeles Department of Medical Examiner-Coroner serves as an important wake-up call to surfers in cold waters around the world.

According to the report, while the cause of death was drowning, a cardiac event precipitated the pulmonary edema. Specifically, Damon had three major arteries of his heart that were blocked, 50, 75 and 80 percent respectively.

“This proved to be fatal in his case, particularly in the water, where cold water submersion produces a high rate of arrhythmia resulting in cardiac arrest,” Mark Geller said.  “This is believed to be caused by a nervous system autonomic conflict which in ‘vulnerable’ individuals can cause drowning, which I and Damon’s doctor (as well as the coroner physician who did the autopsy) believe caused Damon’s death, especially when coupled with his stenosis (blockages) and family history.”

According to Mark, Damon was aware of his family’s history of both high cholesterol and heart disease and chose to utilize diet and exercise, as well as some homeopathic measures, to self-treat. “He was, in his words, ‘so incredibly fit,’” Mark says.

Damon’s death says Mark is an essential reminder to individuals with a history of heart disease in their family to see a cardiologist.

“I think it is an important wake up call for many men who surf, who are in their 40s to 60s, since, while little known to the general public, it is a fact that the leading cause of death in that age bracket is not accident, but cardiac arrest and drowning, which is what likely occurred in this instance,” Mark said, adding that he “hopes that others, who think they are in amazing shape, as Damon was, and who may possibly even surf as well as he did, will not neglect their family history, nor ignore signs that they may need medical intervention (statins, etc.) for heart disease, before it is too late.”

A 2012 study by researchers in the United Kingdom, in fact, demonstrated that cold water submersion could induce a high incidence of cardiac arrest in healthy individuals.

“Submersion and the release of breath holding can activate two powerful and antagonistic responses: the ‘cold shock response’ and the ‘diving response’,” wrote the researchers Michael Shattock and Michael Tipton. “The strong and simultaneous activation of the two limbs of the autonomic nervous system (‘autonomic conflict’) may account for these arrhythmias and may, in some vulnerable individuals, be responsible for deaths that have previously wrongly been ascribed to drowning or hypothermia.”