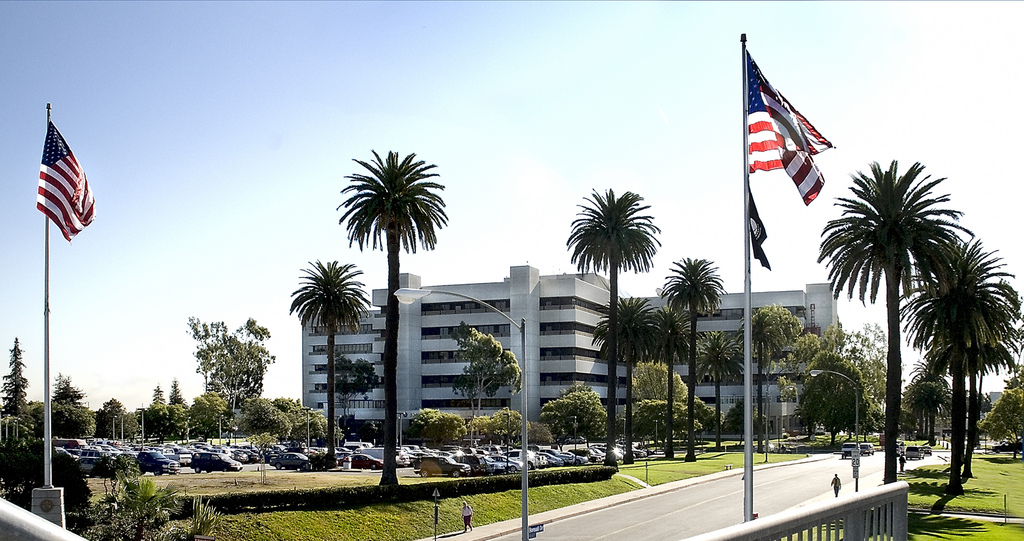 Rain, old pipes and asbestos are slowing down the progress.

A bridge housing center at the West Los Angeles VA has lawmakers, local residents and homeless advocates excited about the potential this project has to help homeless veterans, but construction hiccups and bad weather have hindered progress and pushed completion back.

This Bridge Housing facility will be temporary —  and not to be visible from the exterior of the campus — as the VA constructs out its Draft Master Plan, which will provide 1200 units of permanent supportive housing on the campus.

In addition, the VA bridge housing site will include two tension membrane structures in addition to modular trailers to provide space for sleeping, supportive services and personal hygiene. The construction is expected to cost $5 million.

The facility was expected to open in early 2019 but as VA Master Plan Director Meghan Flanz explained at the February 13 Brentwood Community Council meeting, unforeseen issues have pushed everything back.

“The work began in late November, early December and we very quickly ran into a hiccup. First, we first ran into some water lines and then and an underground, appropriately abandoned sewer pipe that was under the property,” Flanz said. “Our campus has been a lot of things over a lot of years, and as things have moved around, the approach to many of the underground utilities was to abandon them in place. We do have drawings that do show what is where. They are not 1000 percent accurate.”

Because of the uncertainty surrounding the underground layout of the aging VA campus, workers ran into another, more hazardous problem that plagues many old buildings: asbestos.

“There was an asbestos sewer pipe there,” Flanz said. “Generally speaking, asbestos, if it is not disturbed, is not in a friable state so it does not create a hazard. In this case, the city’s contractor came in with their equipment to level the site, they disturbed a pipe, we immediately went to effect with our safety planning, we contained it, and we are dealing with it.”

On top of these man-made problems, the progress ran up against a force that no amount of planning could have accounted for: rain.

“Mother nature currently has not done us any favors either. The place is a swamp out there and it is really hard to do things when the ground is this wet. As a result, our work is behind by several months. We don’t know right now exactly how many months because we need to clear the damage that was done to the site before the city can come back and grade it and put the structure up,” Franz said. “We are still hoping to be able to open that facility for the emergency, temporary bridge housing for homeless veterans sometime this summer.”