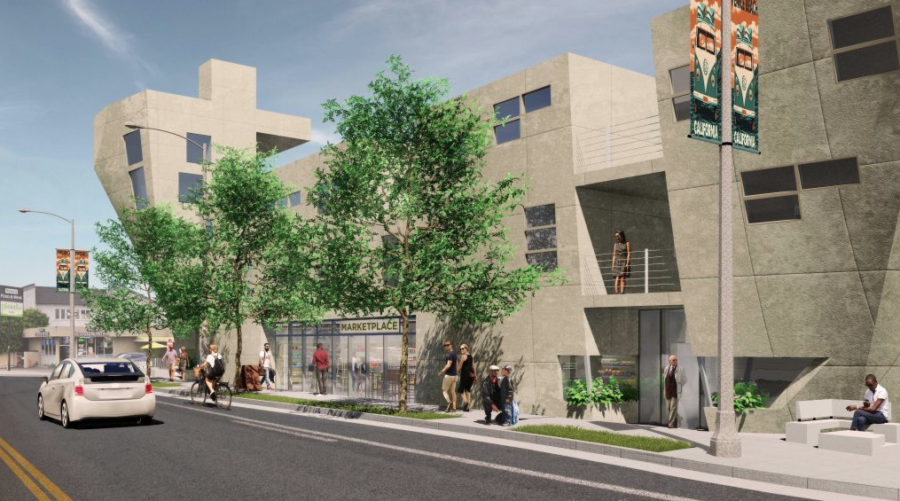 The Los Angeles City Council is currently considering a 140-unit housing project mainly for the homeless to be located on the Venice Boulevard median strip between Dell and Pacific Avenues.  California state law allows the normally-required Environmental Impact Report for projects of this size to be optional to avoid knee-jerk NIMBY  (not-in-my-backyard) opposition at the discretion of the “lead agency”; in this case, the city of Los Angeles. However, both global experience and the particulars of this case scream caution and careful analysis before acting via an independent unbiased Environmental Impact Report.

Global experience has produced key interconnected lessons for affordable housing that this project as currently proposed appears to ignore:

Include diverse income groups and avoid concentrations of the very poor.

Concentrations of the very poor usually result in horizontal or vertical slums.  The iconic US example is the Cabrini Green housing projects in Chicago that this city had to destroy with explosives.  Conversely, decentralized distribution of low-income households greatly improves socioeconomic outcomes (US example: the Gatreaux experiment dispersed poor inner-city families throughout suburban middle-class locations, also in Metro Chicago) as well as achieves neighborhood acceptance.  Not only the homeless but also working families need support to live in LA in order to avoid more homelessness.  Housing submarkets are interconnected, so building low-cost alternatives helps everyone.

Choose market-based solutions for many households over deeply subsidized units for a few.

Typical California affordable housing new development costs roughly $300,000 to $500,000 per unit in public subsidies.  Relying on this approach as the default option constitutes a terrible misuse of public taxpayer money.  Instead, affordable housing should start with the lowest-cost alternatives.   California state law authorizes cities to allow single-family homeowners to build accessory units in their backyards, which typically cost around $100,000 to construct.   Many such units already exist in Venice and throughout LA, either authorized or allowed tacitly by the city. The city of LA has started to promote actively such accessory units.  The City could implement a more effective affordable housing solution by assisting property owners to build accessory units through a relatively modest subsidy ($30,000 to $50,000) in return for a commitment to rent at affordable rates for the first 5 to 10 years to low/moderate income tenants.  Such a program would result in 5 to 10 times the bang-for-the-buck of typical new affordable housing development.   Other lower cost housing solutions include acquisition and rehabilitation of existing structures; i.e., turning underused motels into adequate group residences, or purchasing and rehabbing rundown multiunit structures (along the lines of the defunct federal “Section 8-Moderate Rehabilitation” program, which avoided the astronomical subsidies and negative impacts of previous HUD affordable housing new development projects).

Currently, Venice has about 1,000 homeless on its streets and the city of LA around 60,000. This and similar projects cynically pretend to help solve the city’s homeless problem by channeling fabulous resources to a small fraction of those on the streets and offering nothing to millions of LA’S working low/moderate income families threatened by rent increases that have far outstripped median household income.

Serviced urban land/space presents the most critical bottleneck for affordable housing in world cities such as Los Angeles and a critical resource that local governments must maximize.

Public land is hardly “free.” From this perspective, the city should sell this extremely high-cost parcel near the beach and use the proceeds to support/subsidize lower cost alternatives dispersed throughout LA.

The particulars of this case also strongly argue for a careful analysis of alternatives only possible in a thorough,  independent, unbiased Environmental Impact Report guided by extensive public input:

Poor drainage, traffic congestion, air pollution, a lack of open space/parks, inadequate parking, and other infrastructure deficits currently afflict the neighborhood of the site.  The project as now designed would aggravate these problems in the surrounding area, particularly the adjacent historic Venice canal neighborhood.

The site lies on the main tsunami/earthquake emergency egress for much of Venice, Venice Boulevard, and could contribute to exit/relief problems in such disasters.

Venice arguably already provides more than its share of affordable housing. The proposed project could disrupt current provision of services for low-income families and the homeless in Venice.

The median strip is the gateway to Venice, the second most visited US landmark after the Grand Canyon, and the resulting aesthetic/socioeconomic eyesore could negatively affect LA’s tourist economy.

The cumulative negative impacts of this project as now outlined threaten to drain substantial amounts of LA public city resources throughout its operation, as do other similarly-flawed affordable housing projects globally.  LA property owners and businesses share with government a responsibility now recognized by all to promote sustainable affordable housing.  However, this project as now contemplated appears to suffer from critical flaws and requires an independent unbiased Environmental Impact Report to analyze modifications/alternatives.

Such an unbiased EIR can only come from a reputable consulting firm with no financial interest in this project.  Unfortunately, responsibility for EIR preparation has been given to the two developers selected for this project – Hollywood Housing and Venice Neighborhood Housing – which have blatant conflicts of interest.  These developers appear to be conducting a charade of soliciting public comments to inform the EIR that they have a strong vested interest in largely ignoring. The City of LA must conduct a transparent procurement process to re-select an unbiased competent EIR consultant rather than arrogantly put the fox in the chicken coop – the current corrupt status quo.