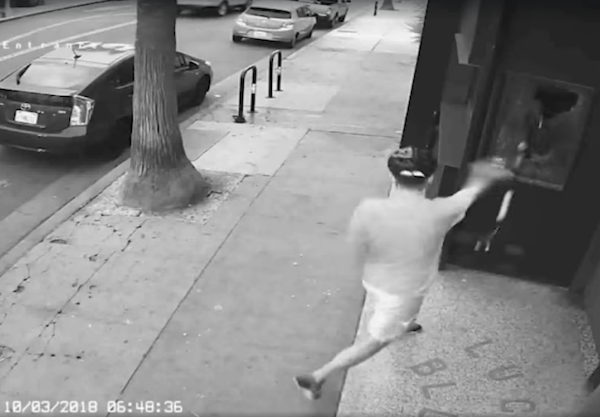 An unidentified man has been caught on security footage throwing two Bird scooters through a front window of The Brig on Abbot Kinney.

The incident occurred on October 3, but the footage was not released until last week when the owner of The Brig, David Paris, filed a police report with the Los Angeles Police Department.

The footage shows an unknown man using the handles of a Bird scooter as a battering ram to shatter a small window in front of The Brig building on Abbot Kinney Boulevard. Once the glass has been broken, the footage shows that man tossing the entire scooter into The Brig through the shattered window. He then goes on to toss a second scooter into the window.

The assailant’s motives are currently not known. Yo! Venice has reached out to the LAPD and the Brig seeking further information, but have not received a response yet.

Watch the security footage of the incident below: