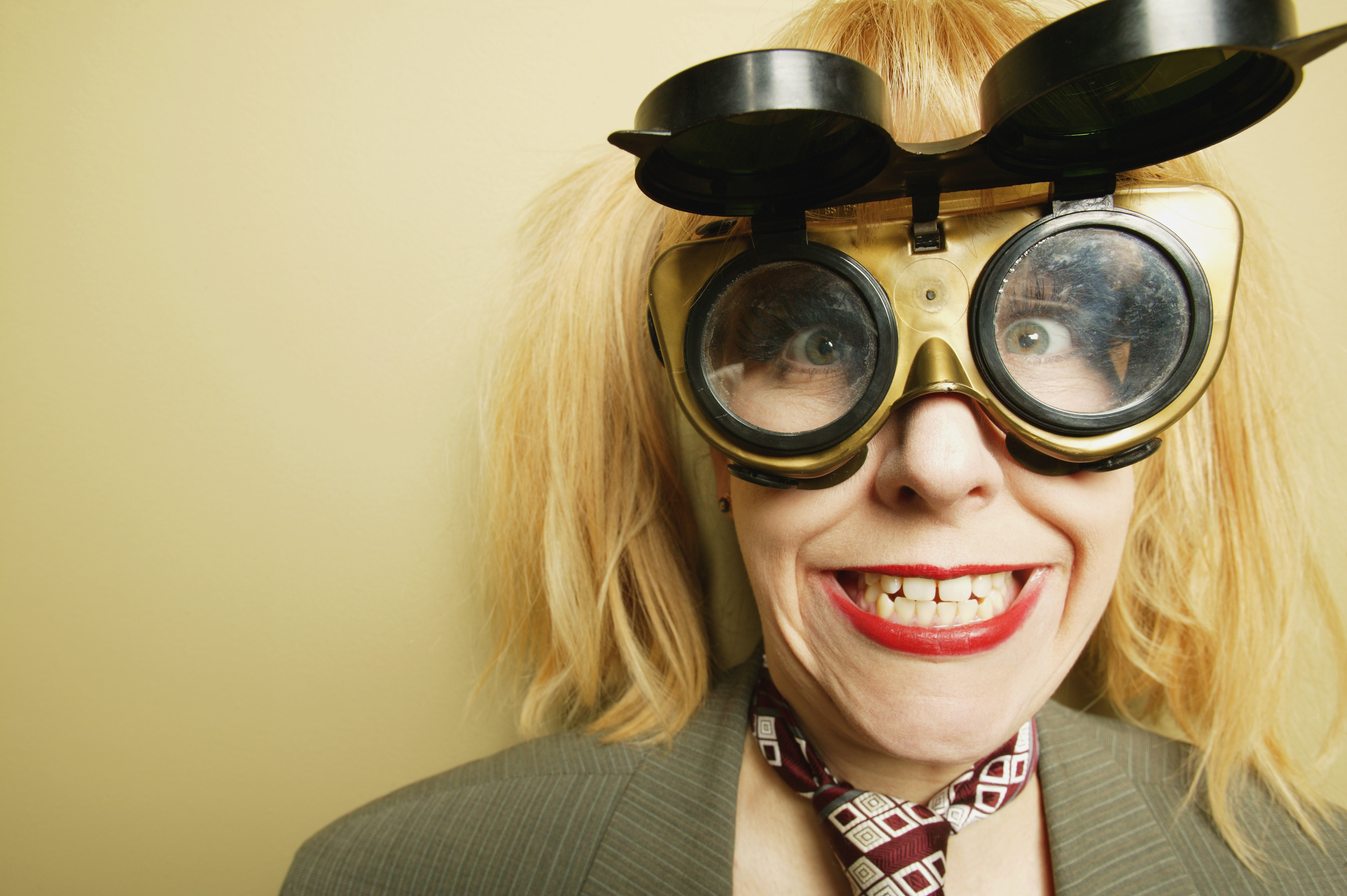 What is crazy? (Courtesy: Thinkstock)

In my field, as a mental health professional, the term ‘crazy’ is taboo. It just isn’t used. Instead, textbook terminology such as; “mentally ill,” “personality disorder,” or “psychotic,” are more acceptable. However, if we were to go off the record for a moment, and you were to ask me what I consider to be verifiable off the charts crazy behavior, I would say it boils down to one thing. That is the lack of reason.

I can accept a man sitting all day long and playing a make believe football game, with homemade pieces on a card table. He may have a mental health disorder. But, he is not bothering anyone, and he is content. Awesome! Better than meds. I can accept a woman sitting at a bus stop talking to herself. Perhaps she has schizophrenia and is talking to voices her brain is creating to cope with the traffic noise. She’s not hurting anyone. But, what makes the hair stand up on the back of my neck, is when a person engages in conversation and their behavior has an absence of reason.

For example. When there is no reasoning with a person, and they begin to blame others for their problems. When people attack or blame others for their general unhappiness, and they lash out without reason. When a person is raging and unreasonable, and one is not able to reason with them. That is what I deem Bat Guano Crazy. Tandem behavior may be the act of sabotaging others for no apparent reason. Or, for the sole purpose of personal gain. That is what I call “bat guano, verifiable crazy.”

The absence or lack thereof of reason is a disconcerting event to witness in another human because you know that they are not willing to acknowledge common sense, nor are they paying attention to the concerns of others. They are also not interested in compromise, or compassionate discourse and this differs greatly from boundary setting and saying “I am not interested in that.”

It is very different when one person drowns out the other with irrational behavior. Because then, you find yourself dealing with someone completely on a different page. Someone who is unwilling to “come to the table” so to speak. There is no middle ground. And this is a behavior we often see in the form of bullying, violent extremists, religious fanatics, and political tyrants.

On a local scale, one may find irrational behaviors it in one’s city council. Extreme forms of unreasonable behavior can also be seen in law enforcement who use excess force, or in cases of domestic violence, and mass shootings.

Closer to home, one may experience unreasonable behavior with someone you know who flies under the radar for years until you have a disagreement and they come at you full force, without listening to your side of the story. It may be someone you know well, who shows you consistently that they are only interested in dominating you or seeing you on their terms. Or someone who constantly attacks or sabotages you.

People who display irrational behaviors are not necessarily worth reasoning with. Politicians who are unreasonable need to be replaced quickly.  Extremists and corrupt officials must be reported and be held accountable when they break the law. Individuals and family members who are consistently unreasonable must be given definite limits on a consistent basis, or they will demean you and walk all over you.

None of these described categories of people are interested in being reasonable. In fact, the inability to consistently reason and compromise is perhaps one of the most common behaviors seen in humans. Recognize it, make a plan, and set your limit. Otherwise, you will find yourself trampled, depleted, disempowered, and drained. Instead, retain your energy and stay in your power. So that you can safeguard yourself, your home, your community, and your planet.

By Melanie Camp May 3, 2017
Tags: featured in Opinion
Related Posts