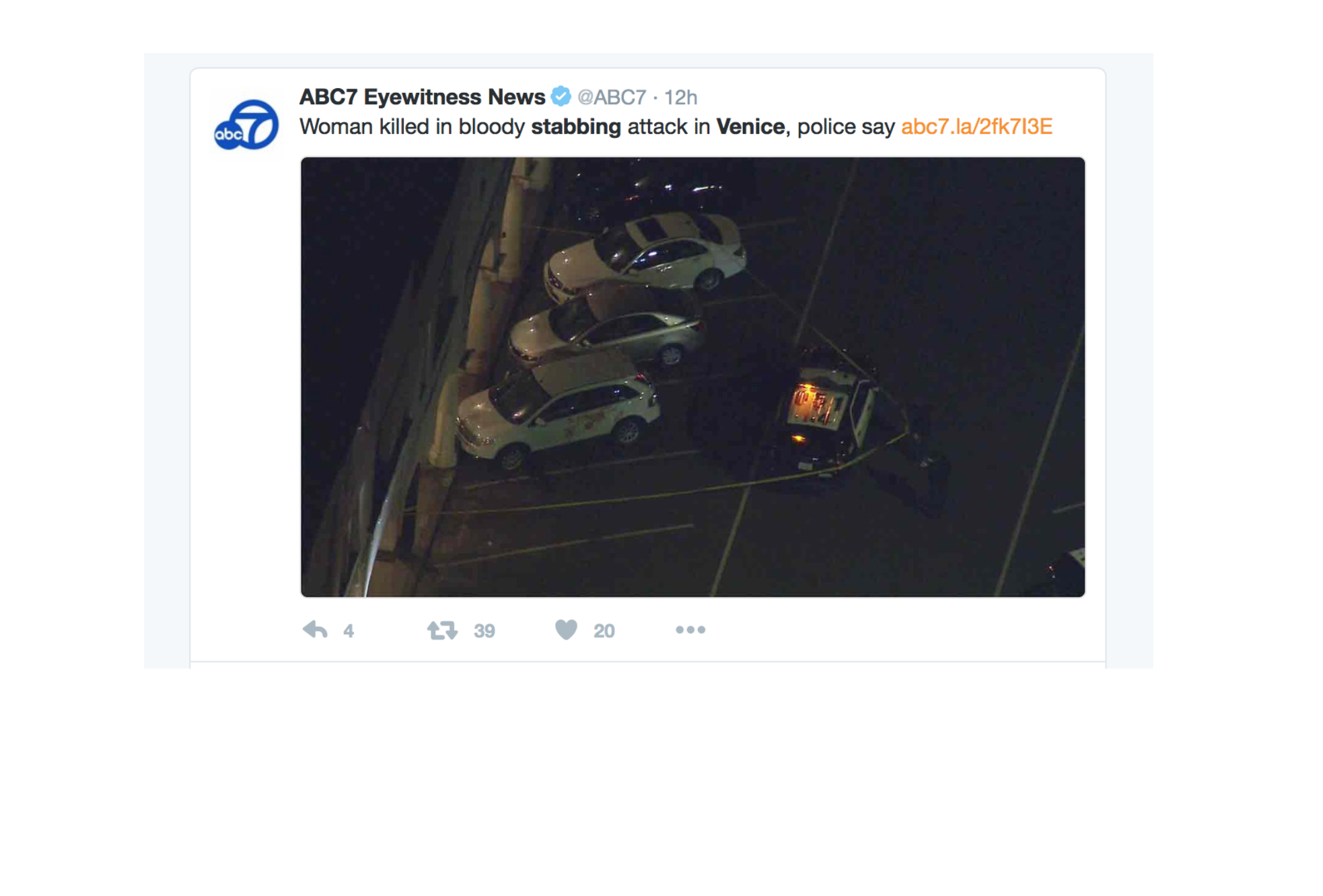 The attack happened on Monday night, November 21, 2016, around 9:30 p.m. at the corner of Windward and Pacific Avenues. Witnesses said they saw two women and a man in a fight with pregnant Preciado.

The three attackers took off eastbound down Windward Avenue in a dark-colored SUV, leaving Preciado bleeding, in the arms of passersby.

Responding to a radio call reporting an assault with a deadly weapon, Pacific Area patrol officers arrived at the scene to find Preciado bleeding and unresponsive, suffering from stab wounds.

Los Angeles City Fire Department paramedics gave emergency medical aide to Preciado and she was transported to a nearby hospital, where she  later died.

The suspects were described as two female Hispanics and one male Hispanic.
If you have information about this homicide please contact LAPD West Bureau Homicide Detectives at 213-382-9470.
If calling during non-business hours or on weekends, dial 1-877-LAPD-24-7 (877-527-3247).
Anyone wishing to remain anonymous please call the LA Regional Crime Stoppers at 1-800-222-TIPS (800-222-8477) or go to online to www.lacrimestoppers.org.
Tipsters may also visit ww.lapdonline.org, and click on “Anonymous Web Tips” under the “Get Involved-Crime Stoppers” menu.
You can also download the “P3 Tips” mobile app and select the LA Regional Crime Stoppers as your local program.
By Melanie Camp November 22, 2016
Tags: featured in Opinion
Related Posts