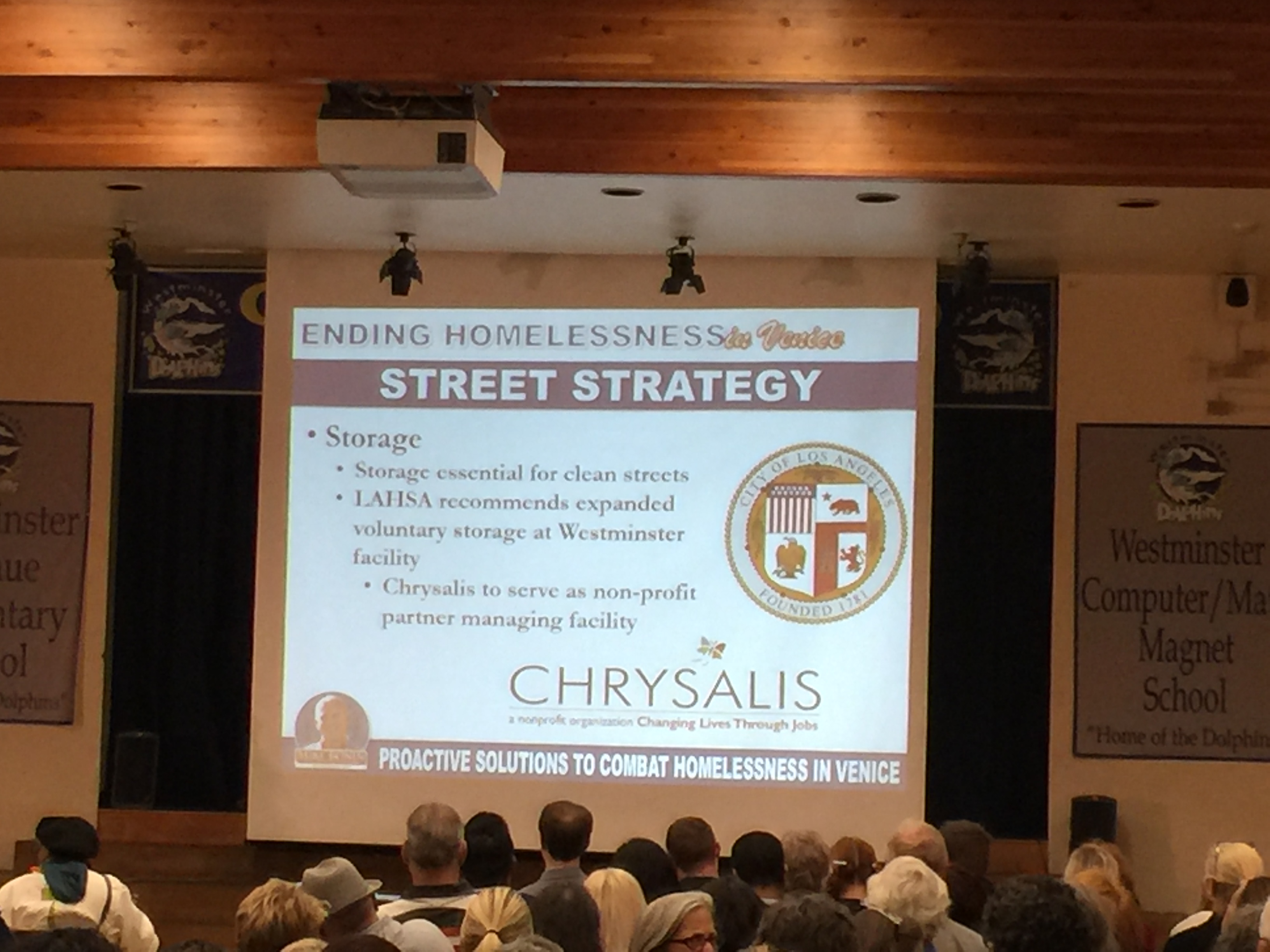 On October 5th, local organization Venice Kids Count filed a lawsuit against the city of Los Angeles opposing the conversion of the Westminster Senior Center into a storage center for Venice’s homeless population.

“While we understand the City of Los Angeles needs to do something to help the homeless, importing hundreds of homeless to this community, right next to a school where hundreds of children spend every day is a careless choice, especially since there are options that would provide the services without sacrificing the safety of our kids,” said Katrina Glusac, a parent of a Westminster Elementary student and member of Venice Kids Count.

The Westminster Senior Center is located in a public park that borders Westminster Elementary School and is a block away from Ecole Claire Fontaine pre-school. Venice Kids Count has argued that while the homeless population is vulnerable, so are the children attending these schools. Additionally, they are citing a court order issued in 195 by the Supreme Court of California which states that the park is to be used for “public playground and recreation purposes,” which they argue makes the conversion illegal.

The Venice Neighborhood Council Homelessness Committee has proposed an alternate solution to the Westminster Senior Center conversion being championed by City Councilmember Mike Bonin. The VNC’s program would utilize mobile storage and outreach.

“We created and vetted an innovative mobile storage program that brings the storage solution—complete with street outreach teams— directly to the homeless, when and where they need it,” said Heidi Roberts who serves on the VNC’s Homeless Committee.

Bonin proposed the his plan as a response to the large homeless population in Venice, and held town hall meetings, including one last month, to discuss his strategy with the community. Attendees have been a mixture of supportive and in opposition to the proposal. The conversion of the Westminster Senior Center is part of a larger plan proposed by Bonin that includes a reduction in street encampments and an increase in affordable housing.

“In an effort to provide clean sidewalks and safe neighborhoods, the city took steps to authorize the use of the former Westminster Senior Center for this purpose—a plan that a previous iteration of the Venice Neighborhood Council voted to support. As that happens, we are also exploring a proposal from the new VNC to create a ‘mobile storage’ program, and we continue to look for other viable sites in the area. We are eager to work with community leaders, neighbors, parents, school officials, and people who are homeless to develop proper site-specific ground rules for any program, and to find a better location. While we explore alternatives, we continue to prepare the senior center for potential use for storage so that we can have the ability to enforce ordinances in Venice to clear our sidewalks,” said Bonin in response to criticism raised in opposition to the plan.

Currently, the city plans to move forward with the building conversion. Petitions online have been created both in support of and in opposition to the plan.

EDIT: A quote Councilman Mike Bonin was changed to reflect his statement about and response to current criticisms.