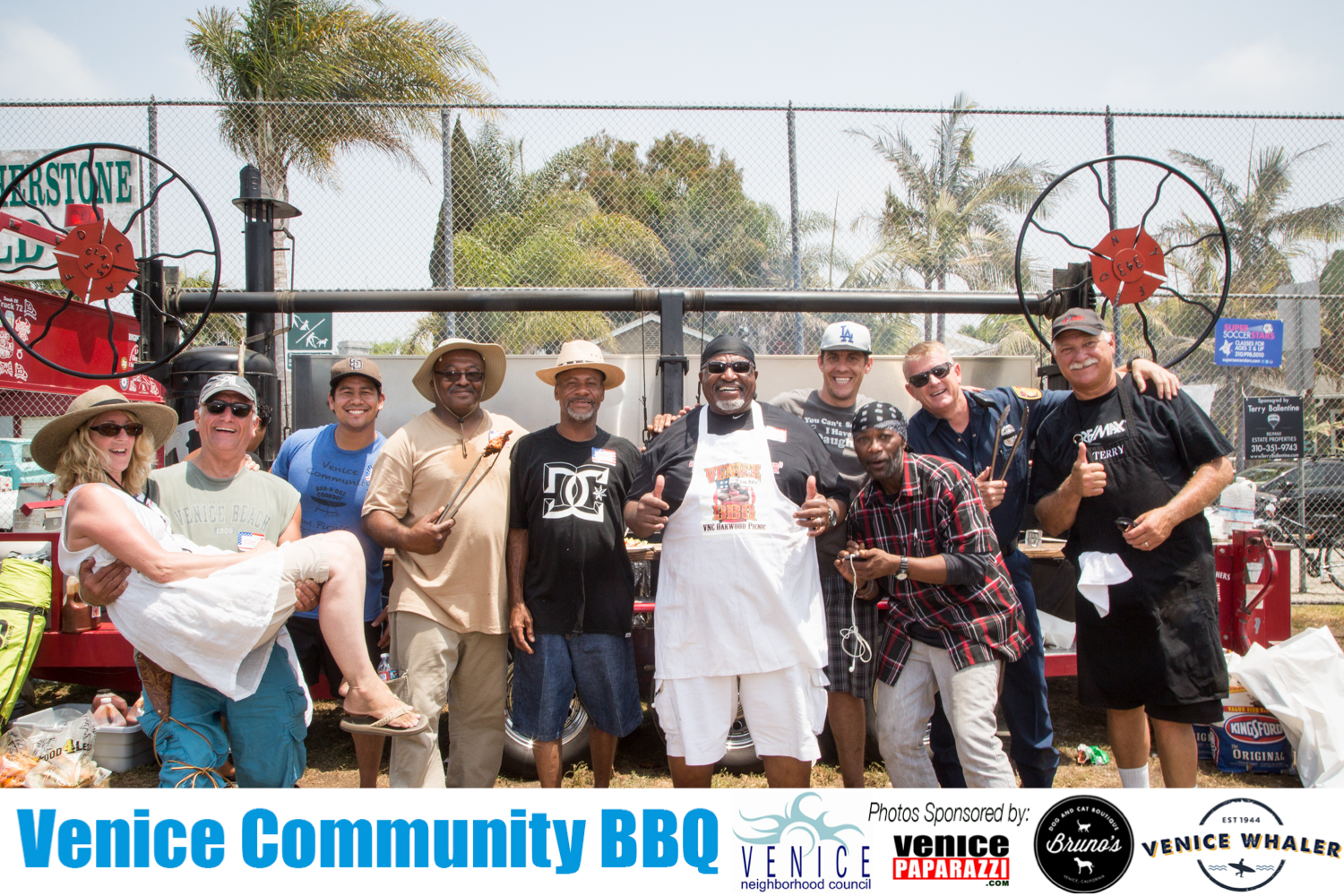 The Venice Neighborhood Council hosted their 10th annual Venice Bar B Que this past Saturday at Oakwood Park. Every year, volunteer firefighters from Venice’s Fire Station 63 serve barbecue to attendees alongside potluck dishes contributed by volunteers from the community. The event also featured music by local bands and DJs, various cars and motorcycles on display, and games for children.

In total, 725 pounds of chicken and 350 pounds of pork were served to attendees, explained Michael Watkins, who helped organize the event. All of the meat being served underwent days of preparation leading up to the event, which included the pork being cooked in the homes of community volunteers all over Venice. Mild and hot barbecue sauces were homemade by fire chief JBO, who now lives in Arizona, but has been involved with the Venice’s neighborhood barbeques since day one.

“All these guys that are serving are here on their own time,” said Evan White about the volunteer firemen. In fact, according to Carolyn Rios, who was once the Vice President of the Venice Neighborhood Council, one year the volunteer firefighters were called away to fight a fire.

The event was well attended, with many different demographics represented by the couple hundred attendees filtering in and out of the event throughout the day.

“I’ve always loved it because it brings together the whole community,” said Ira Koslow, who’s the president of the Venice Neighborhood Council. In a past year, Koslow’s mac n’ cheese won a “best side dish” award. This year, Koslow was the event’s MC. “You’re not just coming to something – you’re participating in something,” Koslow said.

For a full list of the Venice Neighborhood Council’s events, visit venicenc.org.

See more pictures of the event on the Venice Paparazzi website.