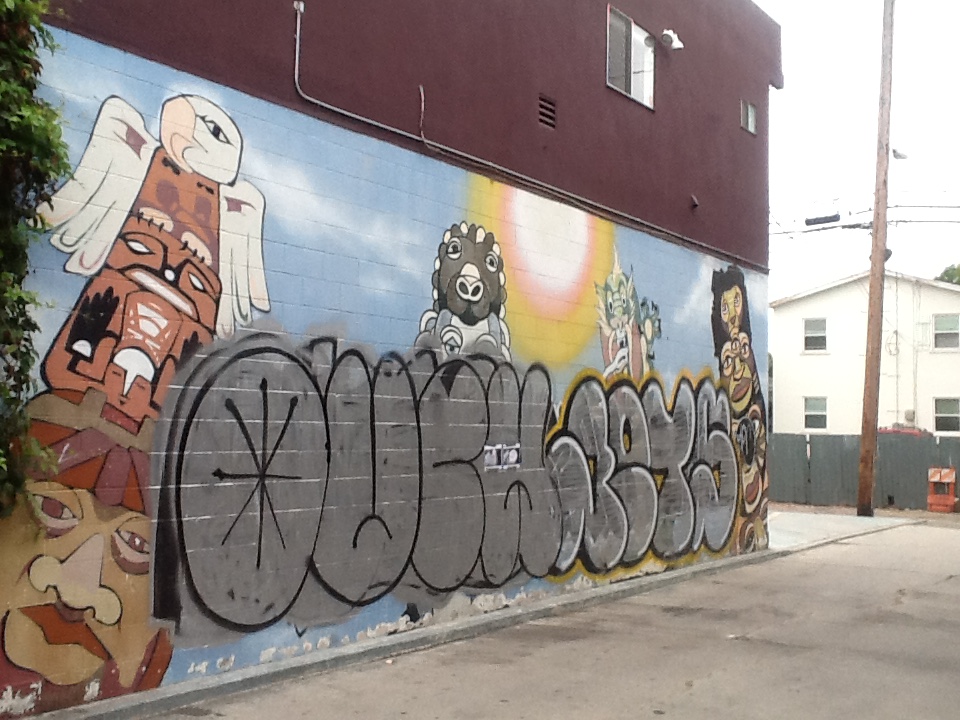 Vandals have damaged another mural in Venice this time in an alleyway off Abbot Kinney Blvd. Local, Stewart Oscars, said he first noticed the damage late Thursday night “while we were out walking the dog.”

The 15 year old mural was painted by well known Venice artist Chase and Hashim Thomas. Chase, who has about 30 murals around Venice and started out as a tagger, told KCAL 9’s Jeff Nguyen, “the golden rule of graffiti is that you should never ever spray paint over someone else’s mural.”

Venice locals, including actor/director Paul Michael Glaser of “Starsky and Hutch” fame are not happy, “it’s so sad, it’s ridiculous. You know, people have no respect for other people’s property.”

Cameras caught the vandals in action, spray painting over the mural, however until someone files a police report LAPD Pacific are unable to investigate.

Reporter Jeff Nguyen shared video of the vandals at work on KCAL 9. Watch the story here.