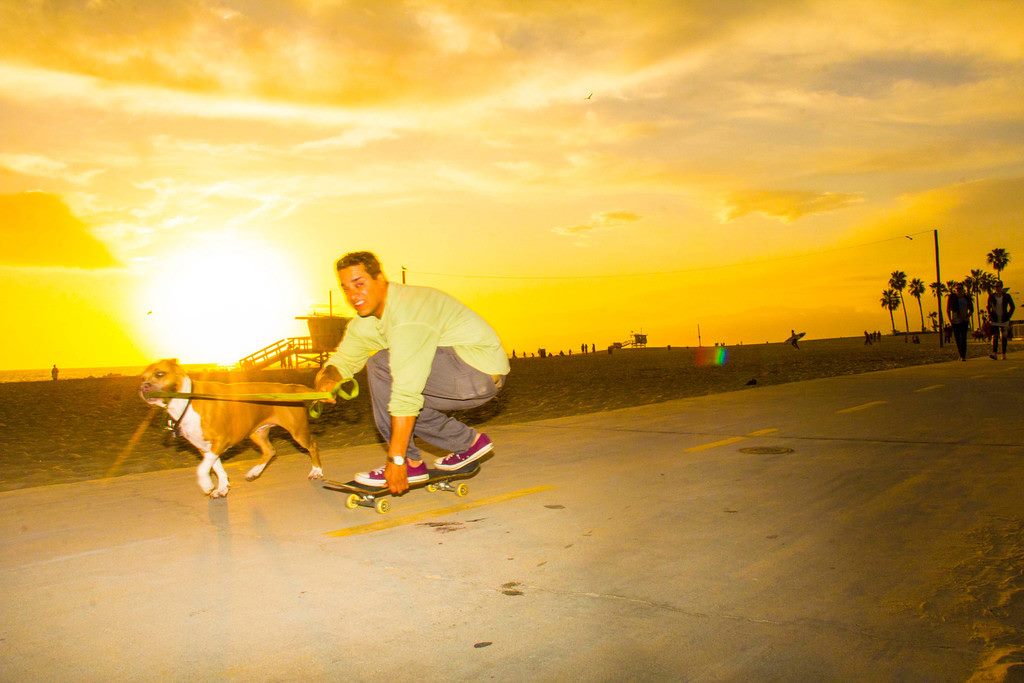 A paddle-out is planned 9:00am this Saturday at the Venice Breakwater for beloved Venice local Brian Zarate who, just under two weeks ago, died  in a tragic car accident along with his dog Mari.

An actor and well know figure in the venice surf and skate community. Zarate co-wrote and starred in History is Myth. The 2013 short film was shot in and around Venice Beach. Other notable film credits include the 2005 film Lords of Dogtown.

Know for being a warm and genuine person, Zarate will be missed by the many in Venice who knew him.

Santa Monic Mirror reported that tributes filled the corner of Ocean Park and Centinela after the fatal crash. Hats and photographs attached to a tree,  one reading “Brian & Mari you will be missed.”

The City of Los Angeles Fire Department was also alerted to this incident, as is very common on border line calls. Santa Monica Fire Department units arrived on scene and found a single vehicle traffic collision that started in the city of Santa Monica, crossed the city line, knocked over a street light, and came to rest in the City of Los Angeles.

Santa Monica and Los Angles Firefighters worked together to treat the single patient, access the electrical hazard of the toppled light pole, and shut down the sheared off fire hydrant.

Also on scene were Santa Monica Police, Los Angeles Police, and Public works from both Cities. It was unknown what caused the accident.