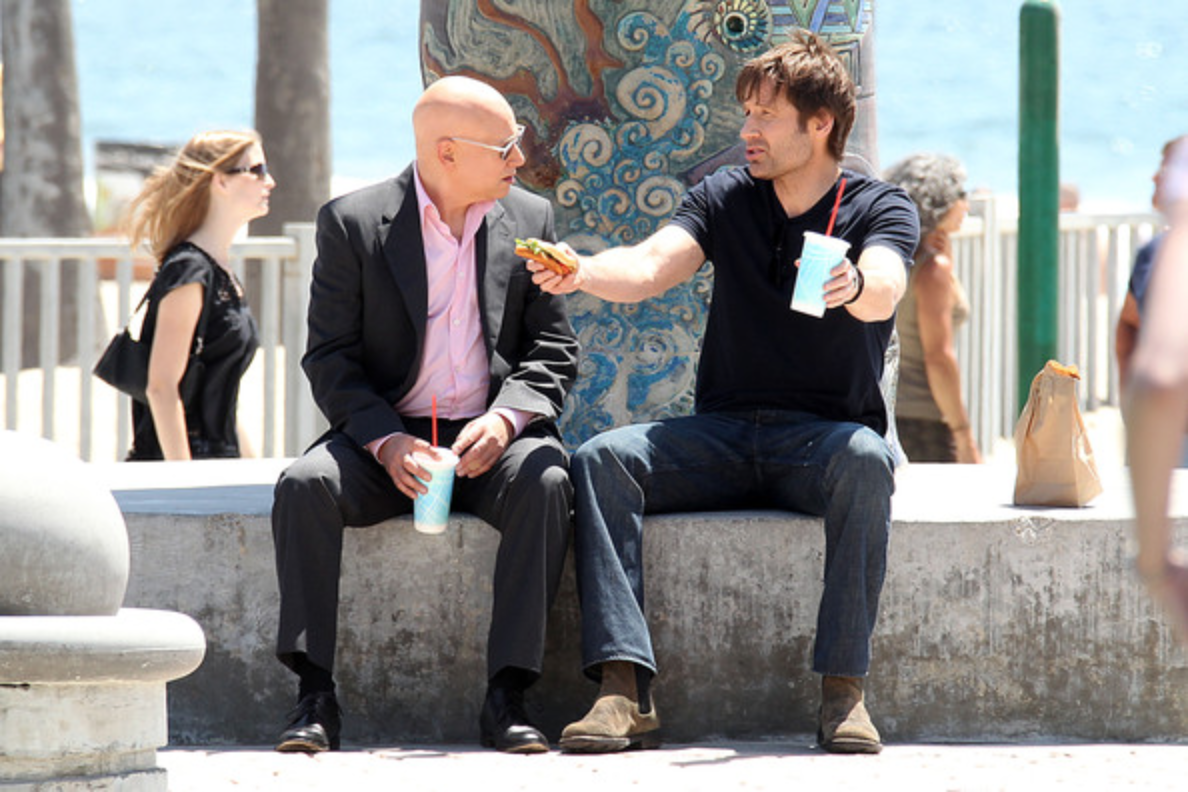 Fox Mulder and Dana Scully returned to television last night for the debut of the six-episode ‘The X-Files’ event series on Fox, and today Four-time Emmy-nominated actor David Duchovny will receive the 2,572nd star on the Hollywood Walk of Fame.

The X-Files”creator Chris Carter and comedian Garry Shandling will
join Duchovny in speaking in the 11:30 a.m. ceremony in front of the Fox Theatre on Hollywood Boulevard.

Duchovny received outstanding lead actor in a drama series Emmy
nominations in 1997 and 1998 for his portrayal of FBI Special Agent  Mulder. ‘The X-Files,’ which initially ran on Fox in 1993-2002 and spawned two feature films.

Duchovny’s other Emmy nominations were for outstanding guest actor in a comedy series for appearances on HBO’s ‘The Larry Sanders Show,’ which starred Shandling, and ABC’s ‘Life with Bonnie.’

Born Aug. 7, 1960 in New York City, Duchovny received a bachelor’s
degree from Princeton and a master’s degree in English literature from Yale and was studying for a doctorate when he decided to pursue a career in acting.

His NBC period police drama ‘Aquarius’  will return for a second season this year.