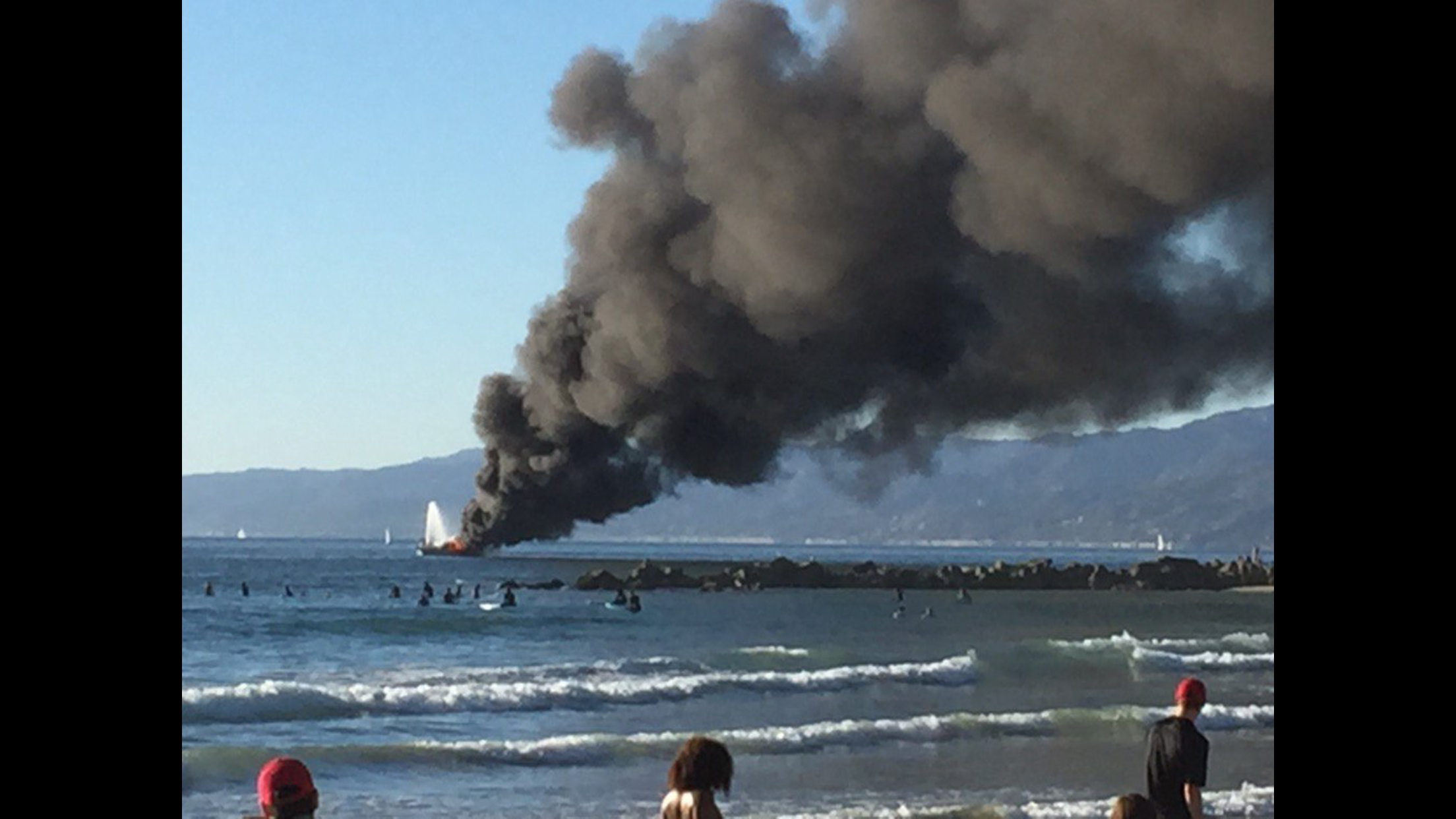 LA County fire department has just put out a fire on a 35-foot boat that was burning  in the waters off Venice Beach.  It happened about 200 yards offshore. Emergency crews got the call at around 3:08pm this afternoon after a report that the boat caught fire.

The Los Angeles County Fire Department  used a Baywatch rescue  boat to pull out six people. A fire department spokesperson said an ambulance was on standby at the Sheriff’s dock in the Marina. He also said the boat will likely be towed. The cause of the fire is under investigation.

Here are some of the photos of the fire fight that have been posted on social media.