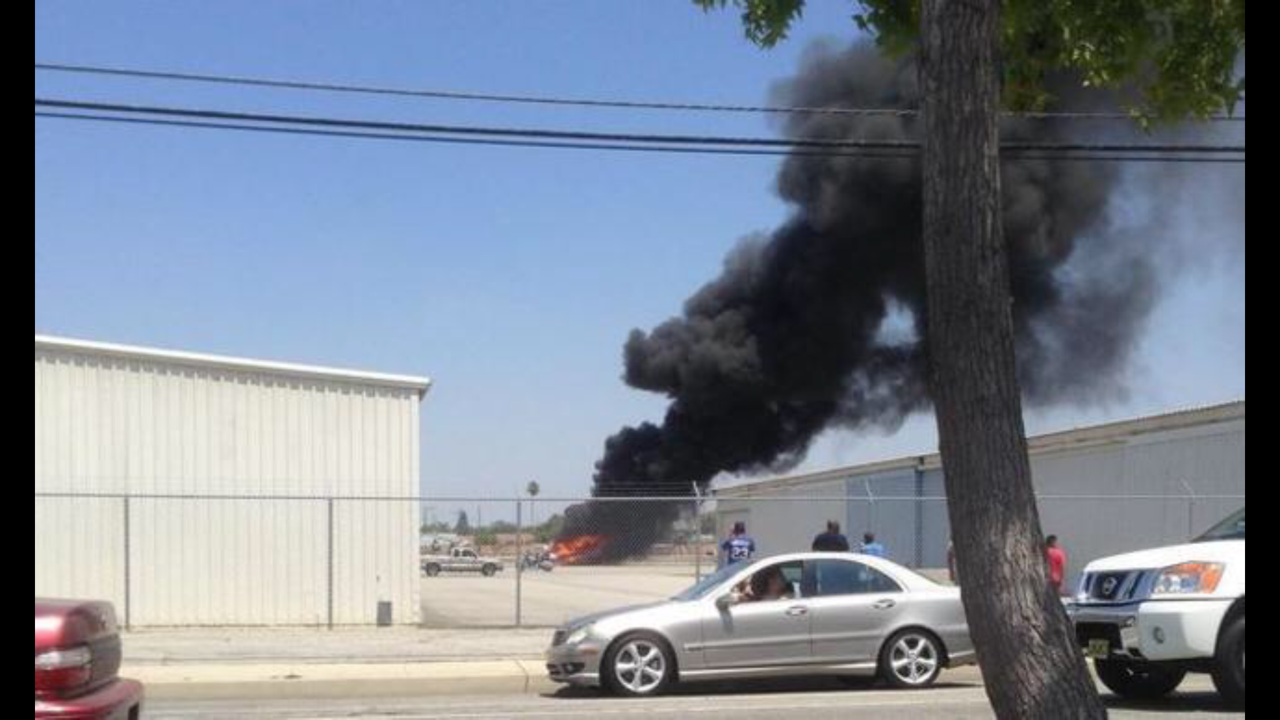 It’s a common sight out over the water at Venice Beach, light aircraft towing giant banners, advertising to the summer crowds.

Today authorities continue their investigation into the crash of one of these planes as it was picking up an advertising banner at Compton/Woodley airport yesterday, killing the pilot.

Witnesses told reporters at the scene the pilot made several failed
attempts to hook the Bud Light banner which was tied to a mast pole. “Usually, people get it the first time if not the second time,” artist Enkone Goodlow told the LA Times. He said it took the pilot seven times to hook the banner and “all of a sudden, his plane nosed to the ground. We ran full blast toward it, thinking we could pull him out.” But the plane was engulfed in flames.

Firefighters and paramedics were dispatched to the airport at 901 W. Alondra Ave. at 12:30 p.m. Sunday, a Downey Fire Department dispatcher said.

One person on the ground suffered burns while trying to rescue the pilot, according to reports from the scene.

The FAA and National Transportation Safety Board were investigating, Gregor said.

Records cited by the Los Angeles Times show there have been 25 accidents involving banner-towing planes in California in the past two decades, with more than 60 percent of them resulting in injury or death. Eight were in Los Angeles County and four in San Diego County, The Times reported.